London Zoo has landed a hard-hitting conservation message with the inclusion of handbag displayed in the crocodile enclosure.

The campaign seeks to promote the ‘consequences of humans’ on endangered species. 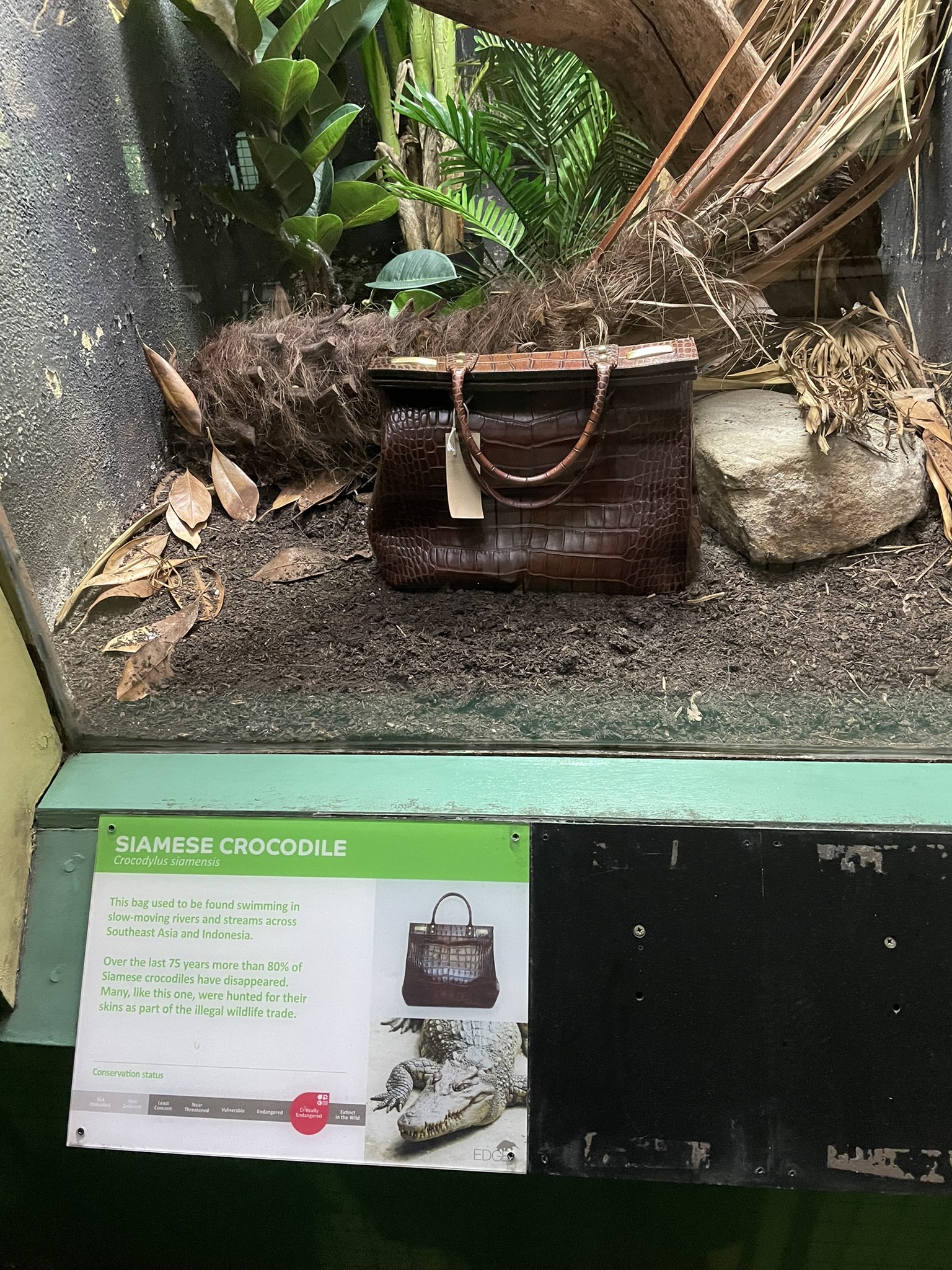 The sign reads: “This bag used to be found swimming in slow-moving rivers and streams across Southeast Asia and Indonesia. Over the last 75 years, more than 80% of Siamese crocodiles have disappeared. Many, like this one, were hunted for their skins as part of the illegal wildlife trade.”

A visitor who posted the image on Twitter was quick to praise the zoo for not holding back.

“London Zoo is not pissing around”.

London zoo not pissing around pic.twitter.com/C9cxoDCba2

The handbag on display at the zoo was confiscated at a UK airport, London Zoo told the Huffington Post.

“We made this exhibit, within ZSL London Zoo’s Reptile House, to draw visitors’ attention to the devastating impact the Illegal Wildlife Trade (IWT) is having on species around the world. At ZSL we are working globally with governments and local communities to protect wildlife, support law enforcement that targets trafficking networks, empower local communities affected by IWT and reduce demand for threatened wildlife.”