Citizen M Hotel has decided to mark the openings of five new hotels across American and one in London, with a series of multi-storey window exhibitions celebrating the idiosyncrasies of sleep.

Amber Pinkerton, London-based photographer, created a series of pictures with a group of diverse citizens. Pinkerton captures these shots from the perspective of the pillow highlighting the physicality of sleep, with faces contorted in ways they never would be whilst awake. 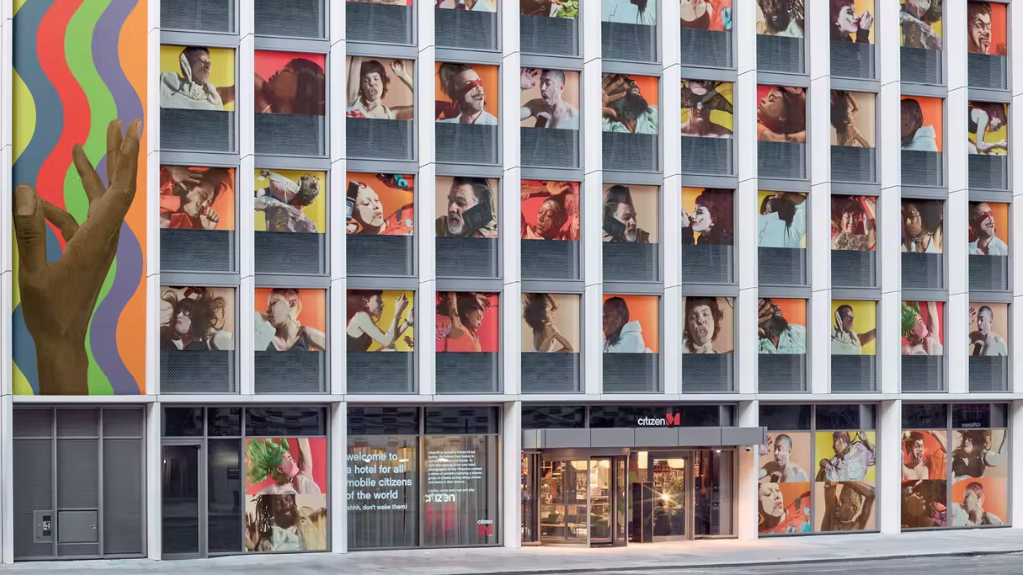 The first exhibition, on the new citizen M London Victoria consists of 98 windows which celebrate the similarities, differences, and eccentricities as the group sleep, play, and dance in their dreams.

This is also the first time citizen M have brought a ‘citizens’ exhibition to London, having previously hosted them in various cities across the US and Europe, such as San Francisco, LA, Copenhagen and New York.

‘Citizens of sleep’ is open for all, day and night throughout July and beyond, in London Victoria. A number of exhibitions will open in the US later this year.