Eminem has opened a pasta restaurant in Detroit ‘Mom’s Spaghetti‘ based on his quintessential song ‘Lose Yourself’. 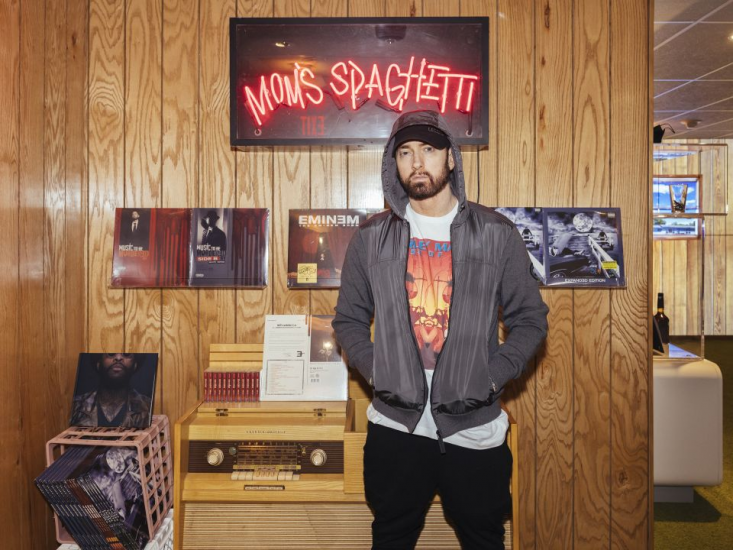 The 2002 musical drama 8 Mile (loosely based on rapper Eminem’s life) inspired generations to come with its influential soundtrack. This includes the iconic ‘Lose Yourself’ with the historic line that has now inspired a Detroit pasta joint:

‘Lose Yourself’ was Eminem’s first major commercial success. His first Billboard Hot 100 number-one single, ‘Lose Yourself’ remained atop the charts for twelve consecutive weeks, and peaked at number one in nineteen countries.

Mom’s Spaghetti opened in the rapper’s hometown of Detroit on Wednesday, inside Union Assembly restaurant in Downtown Detroit. Eminem himself surprised fans, serving the first 10 ‘stans’ in line with food and selfies.

Curt Catallo, co-owner, of Union Joints commented, “The opportunity to build a permanent location based on an incredibly meta reference was one that everyone at Union Joints, as a Metro Detroit restaurant group, took very seriously… The Trailer retail space that Ann (Stevenson) designed is a nod to Eminem’s character in 8 Mile…it’s something that belongs in Detroit, and it feels right at home in this space.” 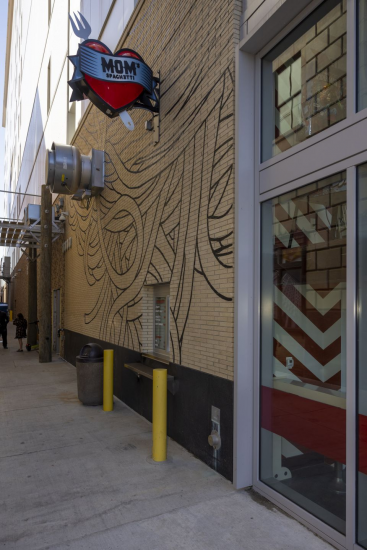 The simple menu offers spaghetti plain, with meatballs, with vegan “rabbit balls”, or in unique ‘sghetti sandwiches, with prices ranging from $9-14.

Mom’s Spaghetti is already recognisable to many, as the concept originated in 2017 as a pop-up at legendary music venue St Andrew’s Hall in Detroit to launch Eminem’s album Revival. The concept spaghetti continued to appear at Eminem’s live performances, and eventually became an initiative to provide food to Detroit front line workers during the pandemic.

Eminem’s manager, Paul Rosenberg explained that fans’ response to Mom’s Spaghetti has been “overwhelmingly positive,” calling the previous pop-ups “really a test for us to determine whether there was enthusiasm for a regularly-occurring Mom’s Spaghetti spot that would be open all year long.”

ALL Cause Related Celebrity