Tony Hawk has released a limited run of skateboards that collectively include three pints of his own blood. The 53 year old skater from California has teamed up with Liquid Death to release 100 ‘Bloodboards’ that each reportedly contain a vial of his blood mixed in with the paint. (Please be advised that the below video contains needles and blood).

Liquid Death, a canned water company who’s mission is to ‘murder the thirst’ designed the graphic on the board, which depicts a man (who’s head has been replaced with a can of Liquid Death) holding the head of a hawk. Once released, they sold out within 20 minutes at a blood-curdling $500 each, with 10% of the proceeds being donated to 5 Gyres, an not-for-profit organisation focused on reducing plastics pollution. 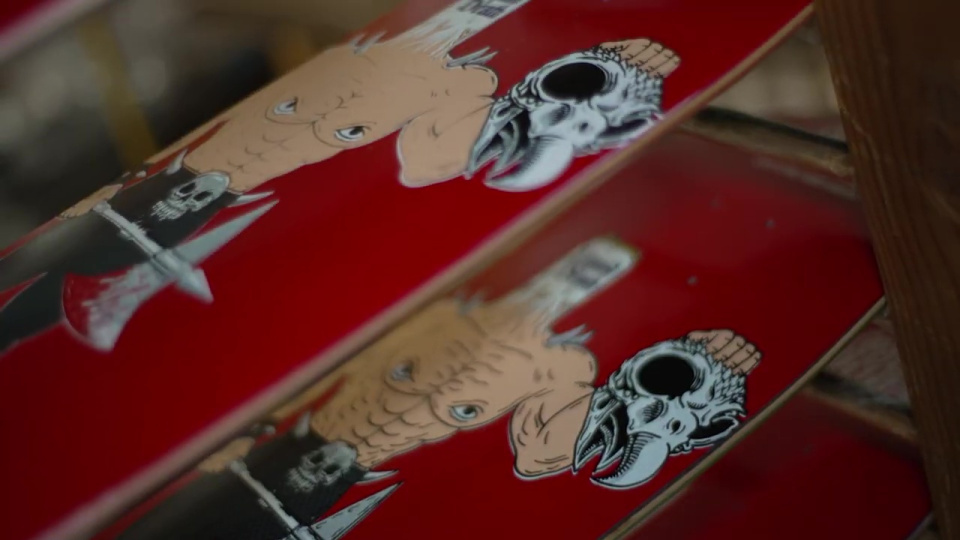 All of this was not without controversy, however. Rapper Lil Nas X challenged Hawk’s Bloodboard, siting a ‘double standard’. Earlier this year, the rapper released their ‘Satan Shoes’, a collaboration with Nike and New York based art collective MSCHF. The limited drop of 666 pairs of trainers each contained ‘one drop’ of human blood and sold out in under a minute, and cost $1018 each, referencing Luke 10:18: “I saw Satan fall like lightning from heaven“. Nike reportedly sued MSCHF for trademark infringement, and were granted a restraining order which prohibited MSCHF from fulfilling the order. 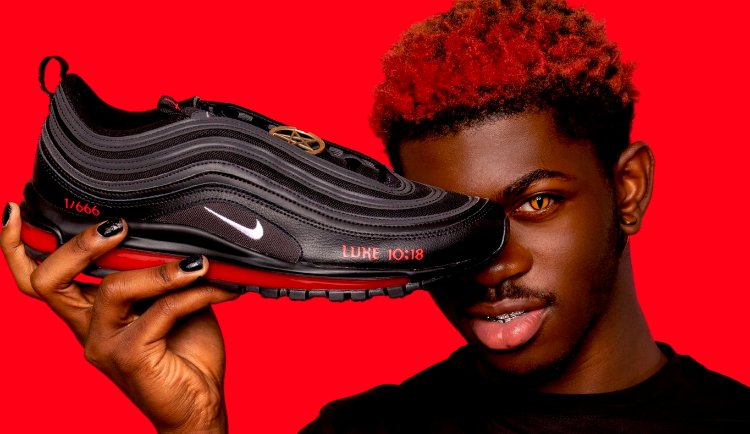