For the visually impaired, navigation can be tricky and potentially dangerous. However, Honda have come up with an innovative solution.

The automaker has devised a navigation device for the visually impaired which they call the ‘In-Shoe Navigation System.’ This device is placed to beneath the wearer’s shoes and guides them to their desired location through vibrations.

The system consists of a smartphone app and a three-dimensional vibration motion sensor which is attached to the user’s shoes and vibrates, letting them know where to go.

This ingenious invention was created by Waturo Chino; whose inspiration came after his family member suffered an incident due to being visually impaired. Chino also developed this technology so that the sensors will not be affected by the use of a walking cane or by ambient disruptions like traffic. 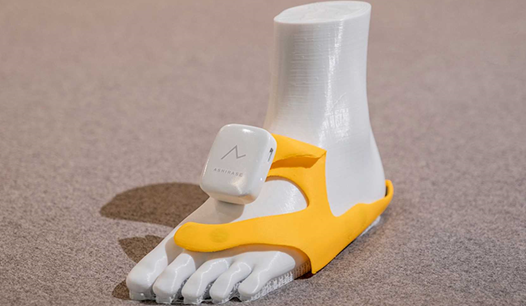 It is estimated that more than two million people living in the UK suffer with sight loss and this technology would allow visually impaired people to travel with more confidence and safety.

Last year, Honda also released a ‘Ropot’ which you can attach on the backpacks of schoolchildren to help advise them on the safest routes to take.

It seems that the company are taking an active approach to support those more vulnerable; in providing them with equipment which assists their safety.