Plant-based meat bacon brand La Vie has unveiled its first international OOH campaign with on a giant billboard in Shoreditch.

Displaying the message: “A Jew, A meat-lover, a muslim and a vegan walk into a bar and share a bacon sandwich. No Joke” – the campaign aims to bring everyone around the same table, regardless of their beliefs and dietary choices. 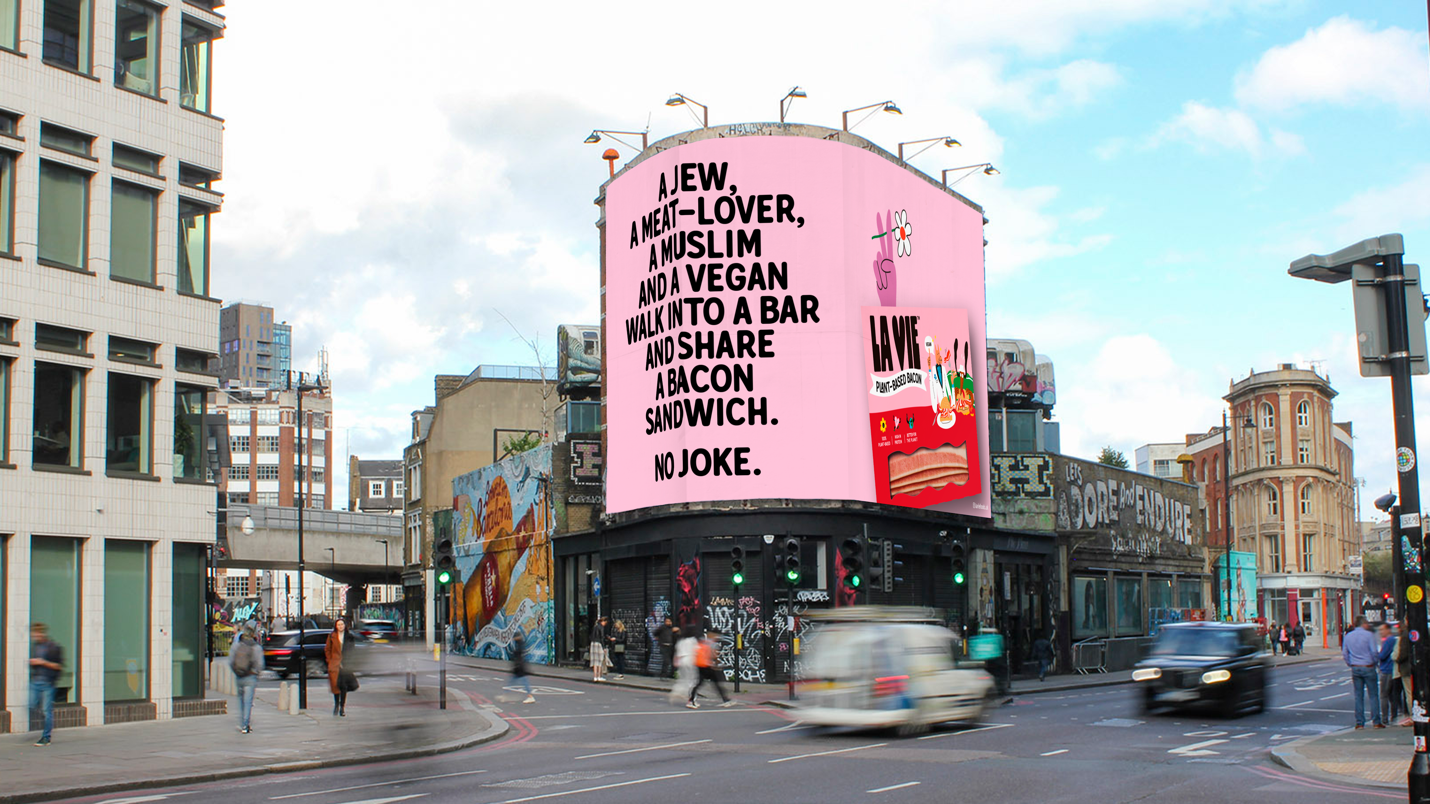