With new research revealing 300,000 households could be forced into homelessness next year Crisis have unveiled a towering hyper-real sculpture at London King’s Cross this morning, making homelessness impossible to ignore this winter. 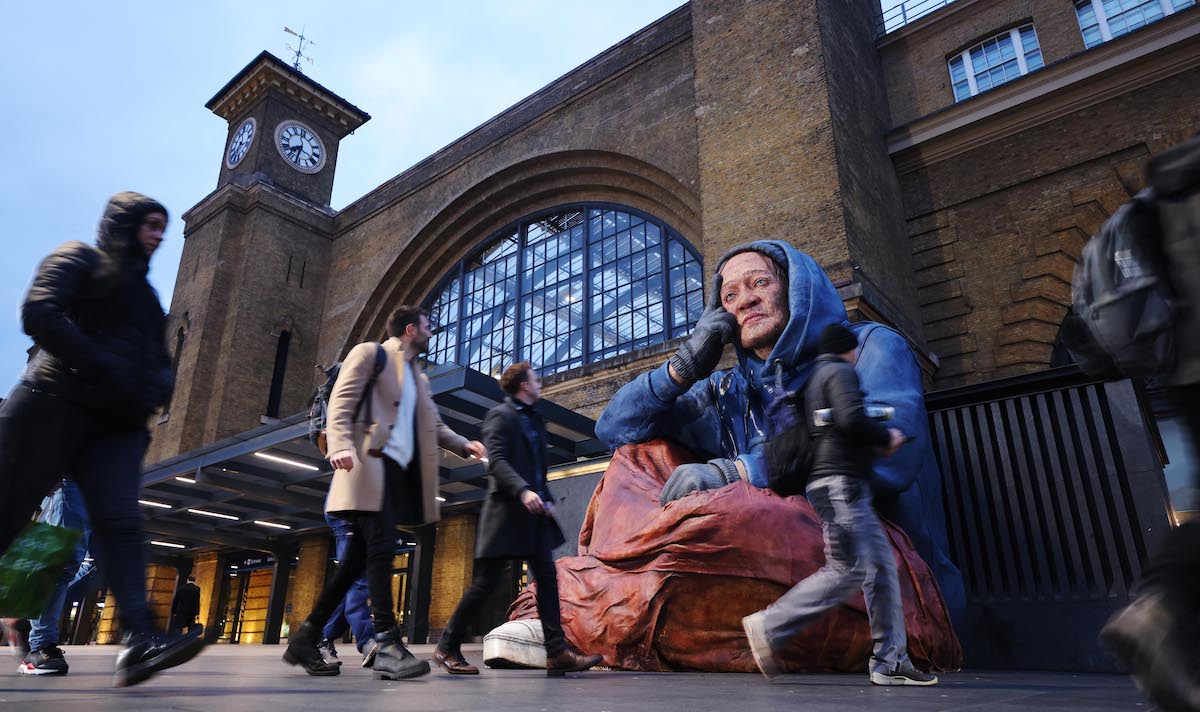 With people experiencing homelessness being ignored everyday the sculpture, named ‘Alex’, stands as a visible testament to the hundreds of thousands experiencing the worst kinds of homelessness, with sleeping on the streets, sofa surfing and living in temporary accommodation becoming more prevalent as the cost of living crisis bites.

The sculpture’s incredibly realistic facial features – brought to life via computer technology and using the profiles of seventeen people facing homelessness who have been supported by Crisis – were created to further reinforce the humanity in people experiencing one of the most brutal forms of homelessness – rough sleeping. 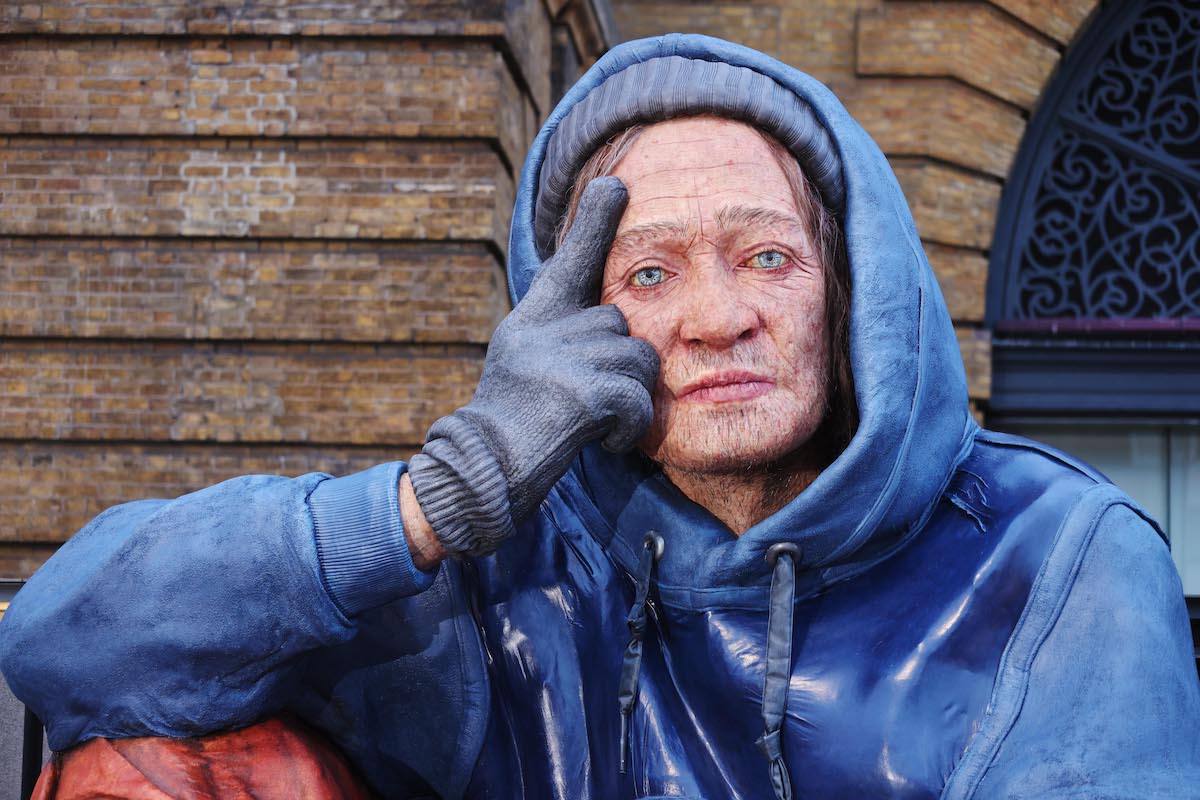 Taking a considerable 10 weeks to create and sitting at 2.5 tonnes, the sculpture will be surrounded by QR codes which lead visitors towards the website and opportunities to donate to the charity. Alex will be at London’s Kings Cross for two days before being transferred to the Birmingham Bullring where it will continue to raise awareness in the United Kingdom’s second largest city from 8th to 11th December. 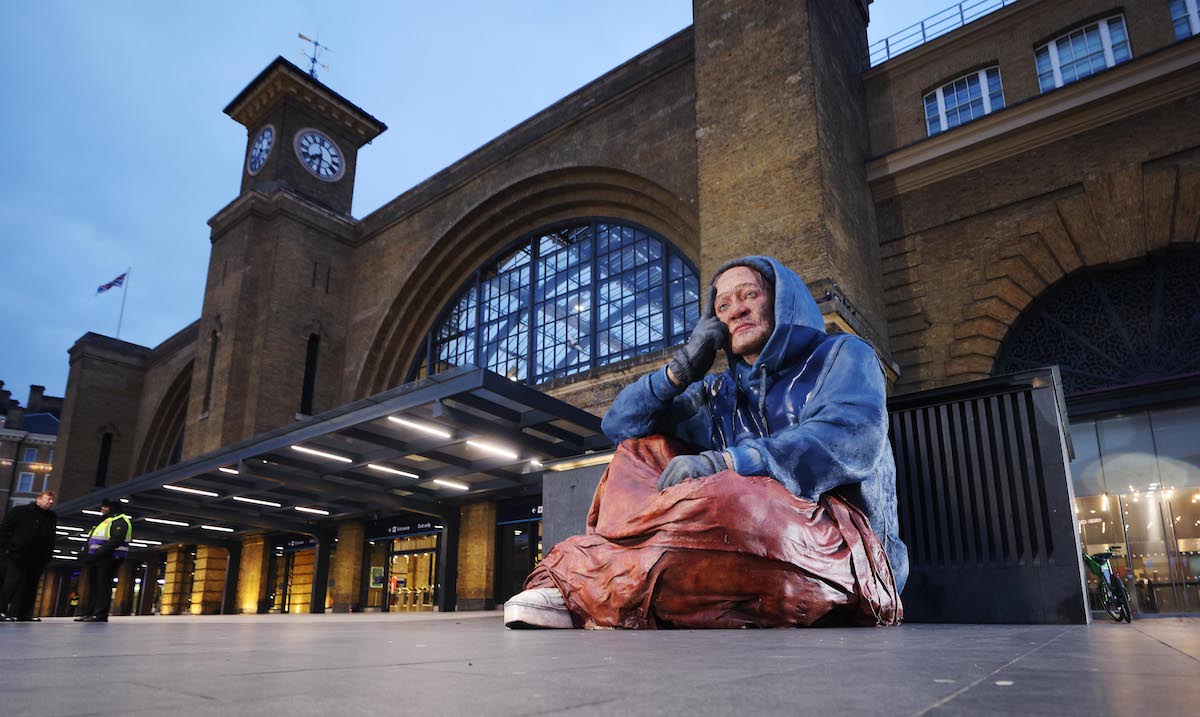 Research has revealed 300,000 households across Britain could be forced into homelessness next year if the government fails to change its policy, with thousands suffering the worst forms of homelessness including sleeping on the streets, sofa surfing, and living in temporary accommodation such as hostels and B&Bs.

Matt Downie, Chief Executive of Crisis, said: “300,000 households face homeless next year if the UK government doesn’t change its course. It’s that simple. As a country, we are going through a difficult time but we can’t ignore the mounting pressure that is building on low income households as they struggle under the weight of price rises they cannot afford. We need to remember homelessness is solvable, and can be ended for good through sensible policy changes and a good hearted political agenda. Let’s keep reminding Wesminster of this, because by standing together this Christmas, we can achieve great things.”

With the homelessness crisis set to worsen in 2023, Crisis is calling on the nation to continue with their charitable efforts and donate what they can afford this Christmas. Head over to crisis.org.uk/cantbeignored to find out how you can help.

ALL Cause Related OOH