In a campaign to promote spooky new show ‘ The Bastard Son and The Devil Himself’, Netflix UK teamed up with BBH to create a gruesome vending machine that appeared to be stocked with realistic (and edible!) human hearts. 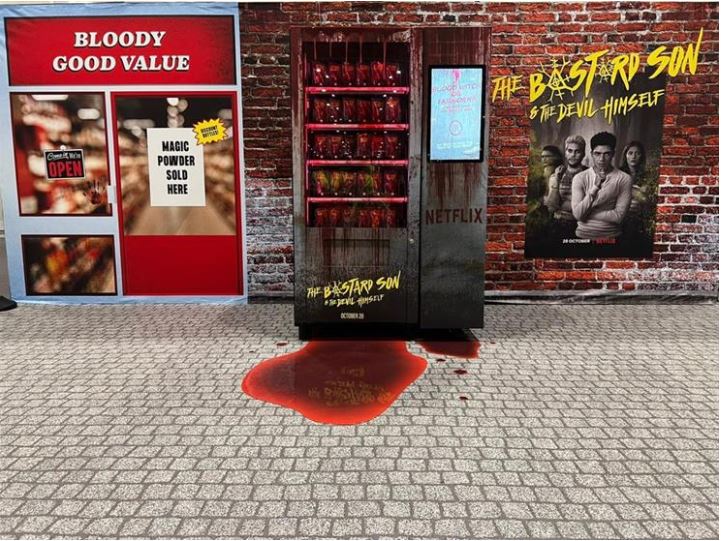 Situated at London’s 2022 MCM Comic Con, an interactive screen on the machine invited fans to answer a series of questions to decide if they belong to the Fairborn, or Bloodwitch clan from the show, which in turn, determined the heart they’d receive.

Alongside the vending machine was a themed backdrop based on the show, including pooled blood on the floor around the appliance and a shop aptly named ‘Bloody Good Value’

The edible hearts were created by food architects Bompass and Parr, as well as cake sculptor Tatum Parden who helped make the unsettlingly realistic treats. 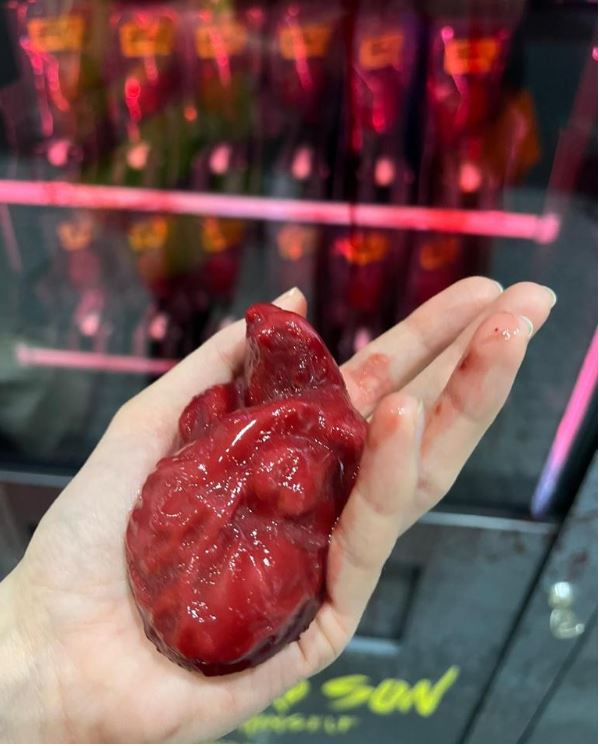 Having the hearts edible resulted in some suitably gory social content from fans and cast members alike who attended the event, and BBH also created some behind-the-scenes content to support the grisly activation. 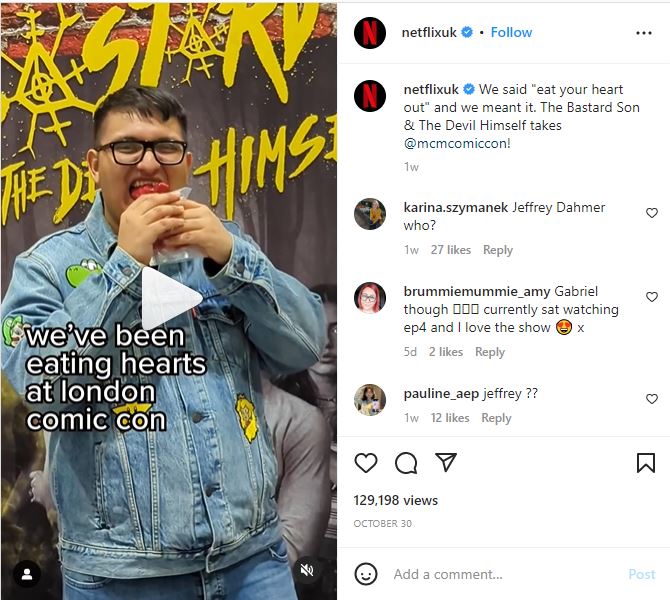 Thie activation follows on from similar work from BBH in collaboration with the streaming giant, as in June of this year they worked together to create an immersive experience based on one of the platform’s biggest success stories; Stranger Things.