NatWest’s ‘The Scammer House of Horrors’ with Simon Callow

Famous British actor Simon Callow partnered with NatWest to raise awareness about the dangers of fraud. ‘The Scammer House of Horrors’, is free of charge to download as a book, after research found 73% of Brits have been targeted by scammers, with an estimated average of £350.50 per victim.

Simon Callow tells three horror stories, highlighting three common types of scamming – romance scamming, invoice redirection fraud and cryptocurrency scamming. A study on 2,000 adults found 85% of Brits are concerned about becoming a victim to scamming. The first story is ‘Twisted Fate’, revealing how fake cryptocurrency investment can cheat victims out of their earnings. ‘Romance is Dead’, is another story telling of how online dating can lead to a risk of becoming a victim. Lastly, is the ‘Final Demand’ horror story, where a small business owner is requested by a fake ‘supplier’ asking for their details over an invoice. 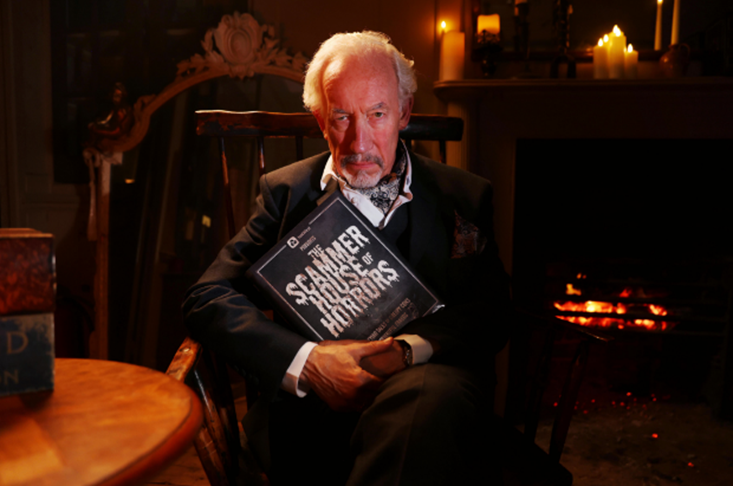 The star narrator Simon Callow said: “It’s frightening how advanced scams have evolved to be. I find it increasingly difficult to stay savvy to the dangers, so it’s more important than ever that we as a nation continue to educate ourselves on the new types of scams emerging, so as not to be taken advantage of. I’m extremely happy to be helping NatWest in its mission to educate the public and allow everyone to keep their finances safe”.  NatWest’s Fraud and Scam Expert, Stuart Skinner said “It’s terrifying that these stories are drawn from real-life cases, but we hope it helps others to be equipped with the knowledge to spot and stop these scams themselves. That’s why we’ve teamed up with Simon Callow, a target of a potential scam, to help people avoid losing any of their hard-earned money in the future.”