The This Morning hosts faced a backlash on social media after they were accused of jumping the queue to see the Queen lying in state ahead of her funeral. 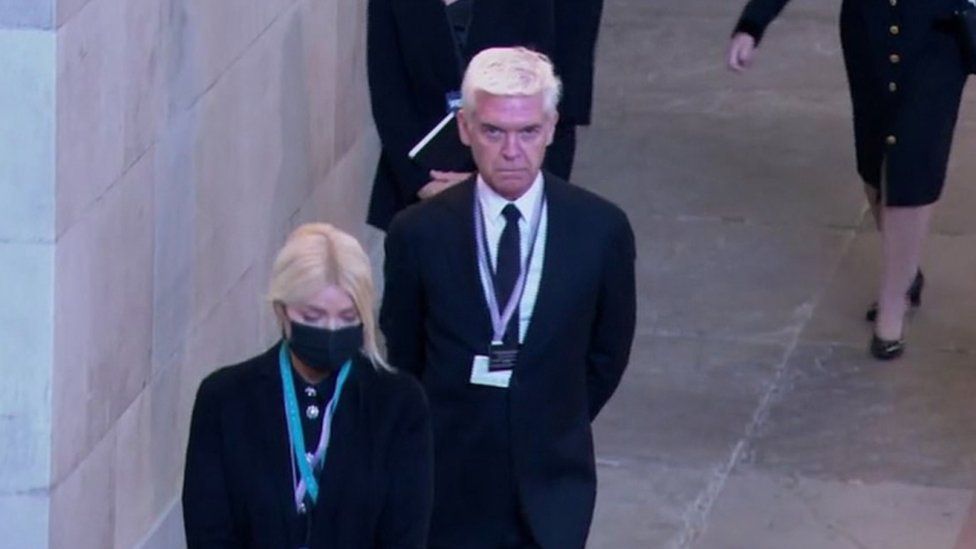 Cashing on the outrage London Dungeon has announced a new pass for people who ‘too good for queuing’ – the ‘Holly & Phil’ queue jump pass. 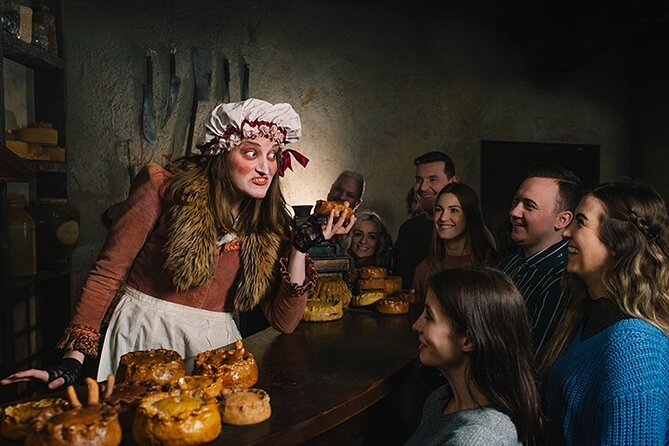 The press release says: ‘Visitors who ask for a ‘Holly & Phil’ when purchasing their tickets from the attraction until Friday of this week will gain queue jumping rights for the same price as a standard ticket. Guests will have immediate access to the next tour of the London Dungeon, jostling past those peasants who have been patiently waiting their turn.’ 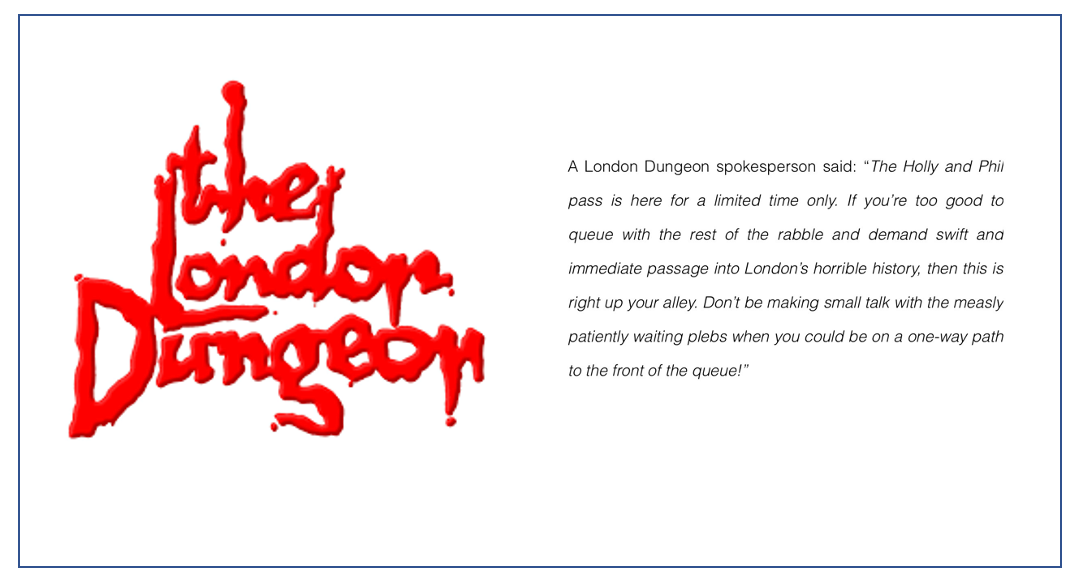 A spokesperson said: ‘The Holly and Phil pass is here for a limited time only. If you’re too good to queue with the rest of the rabble and demand swift and immediate passage into London’s horrible history, then this is right up your alley. Don’t be making small talk with the measly patiently waiting plebs when you could be on a one-way path to the front of the queue!’

In a special This Morning programme on the Queen, Willoughby said their visit was “strictly for reporting”.