Plus-sized cycle brand Fat Lad At The Back pops the tires of body shaming with an ostensibly rude campaign. 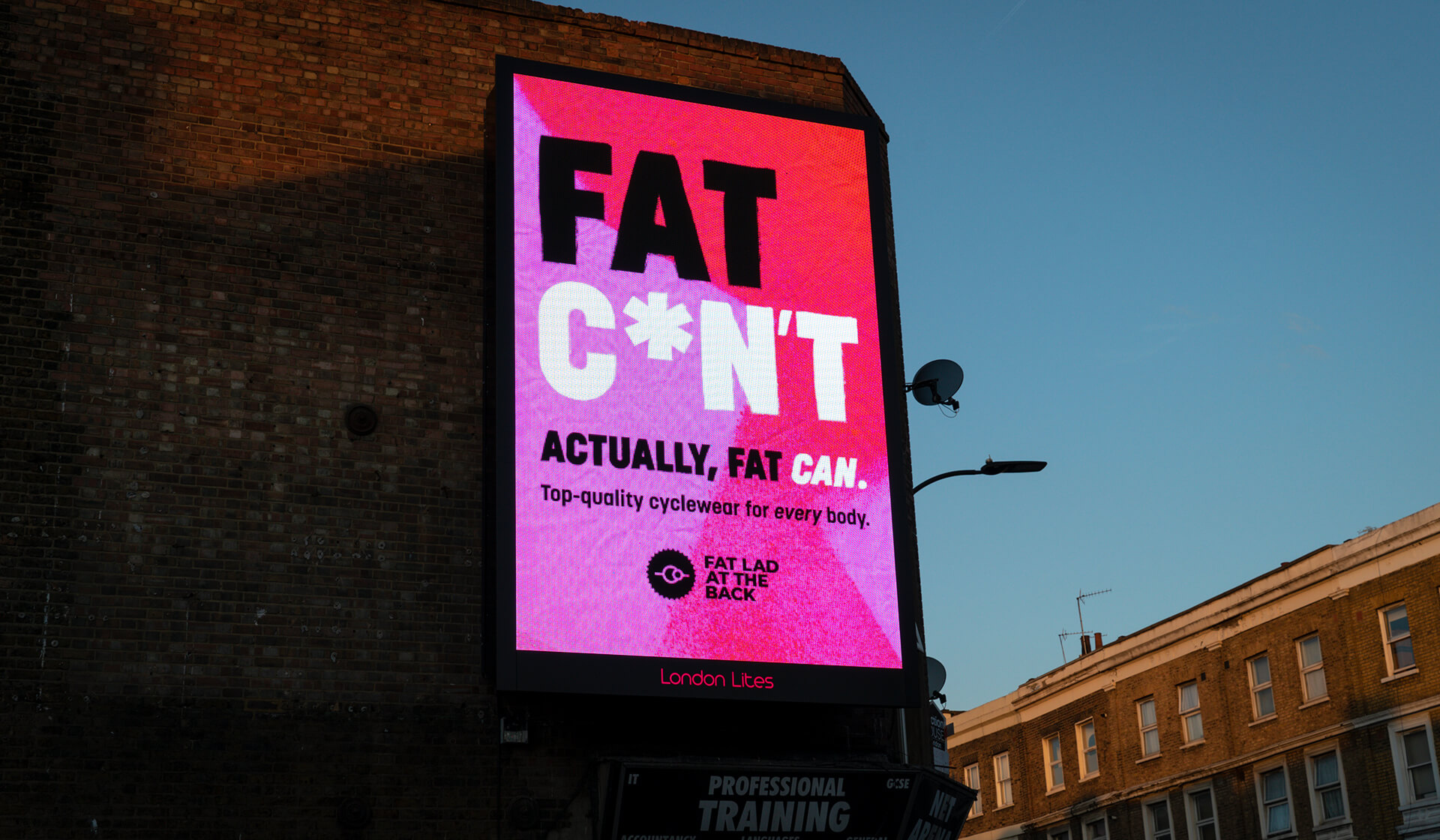 Research conducted by Mellor&Smith illustrates firsthand accounts of the derogatory slurs thrown at larger cyclists in public, forming the focus of the campaign.

They poke fun at the skinny-obsessed cycling industry that perpetuates these stigmas. Declaring, ‘Actually, fat can’! 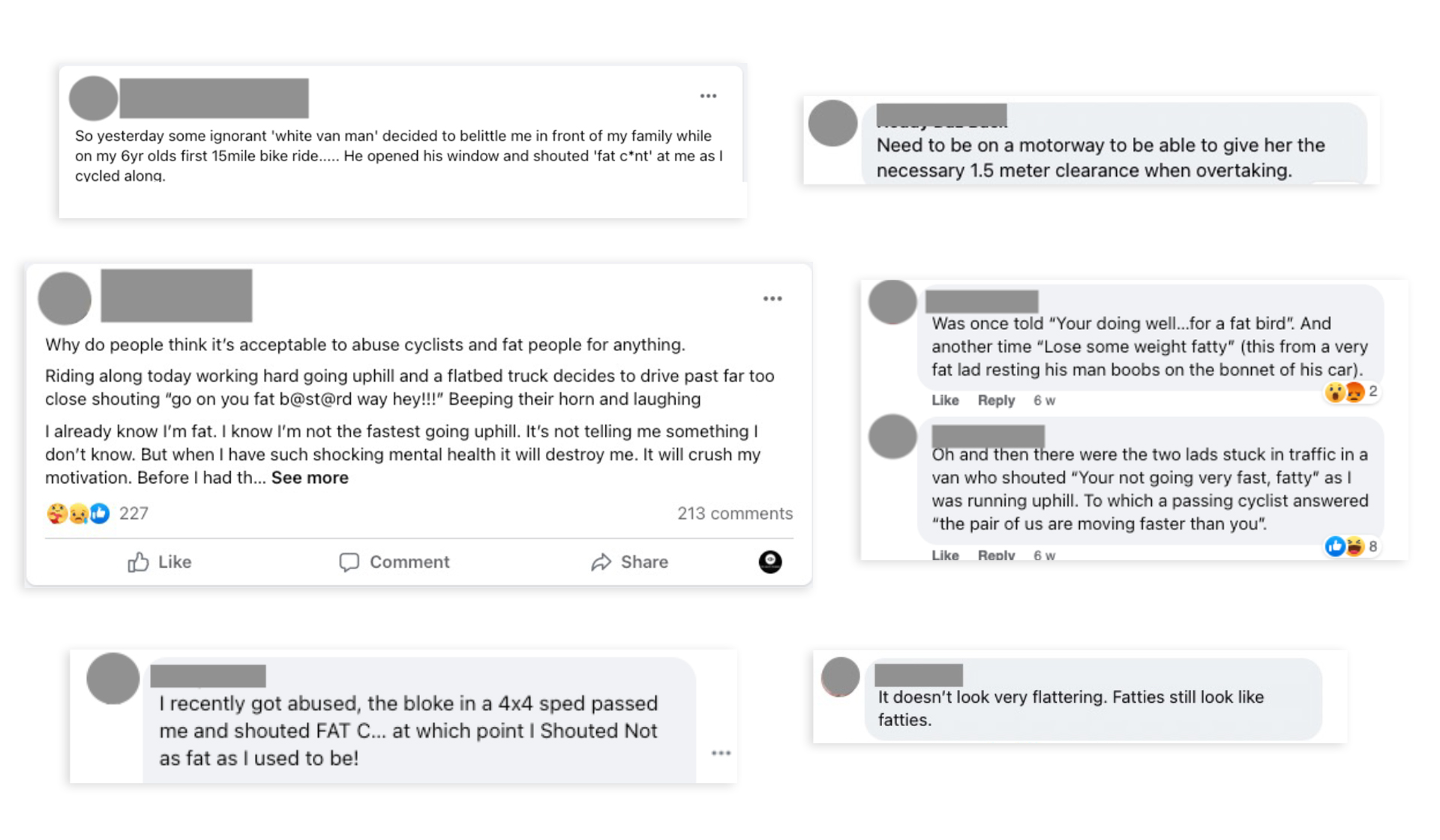 Lynn Bye, co-founder of Fat Lad At The Back, said: “Whatever preconceptions society has about fat people, our community is proof that body size doesn’t stop us, and that fat can.”

Paul Mellor, managing director at Mellor&Smith, added: “Fat Lad stands for something, and it stands with its community. It’s not wishy-washy, it’s not worthy… it’s straightforward and it’s empowering. This campaign highlights a massive issue within the community and gets people talking.” 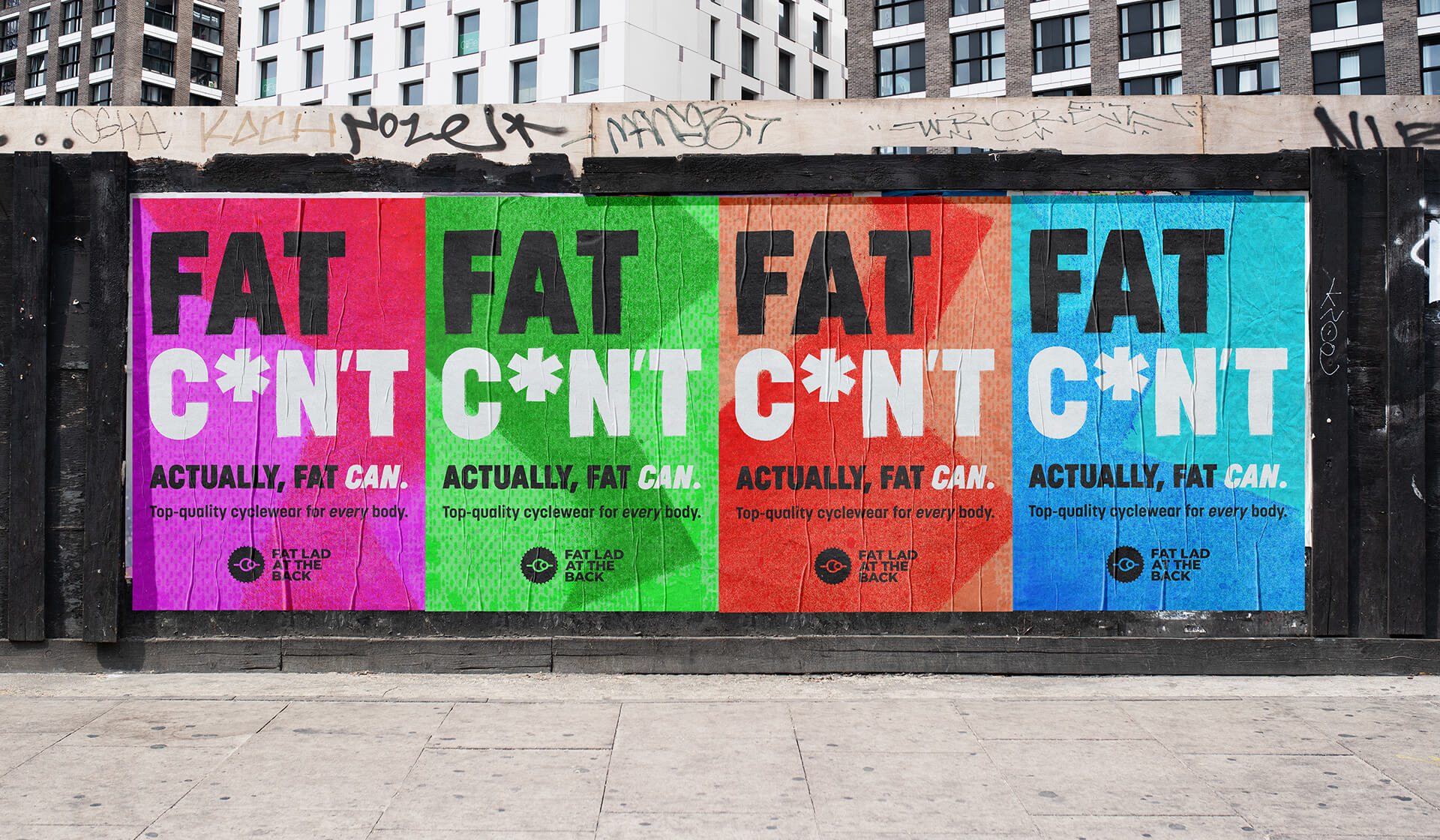 The headline ‘Fat C*n’t. Actually Fat Can’ was recently deemed ‘too offensive’ by the ASA, and subsequently has been banned. The ASA stated in their judgement: ‘Research had shown that words such as ‘cunt’ should not be used at all in marketing communications, unless very carefully targeted to an audience that was unlikely to be offended’.