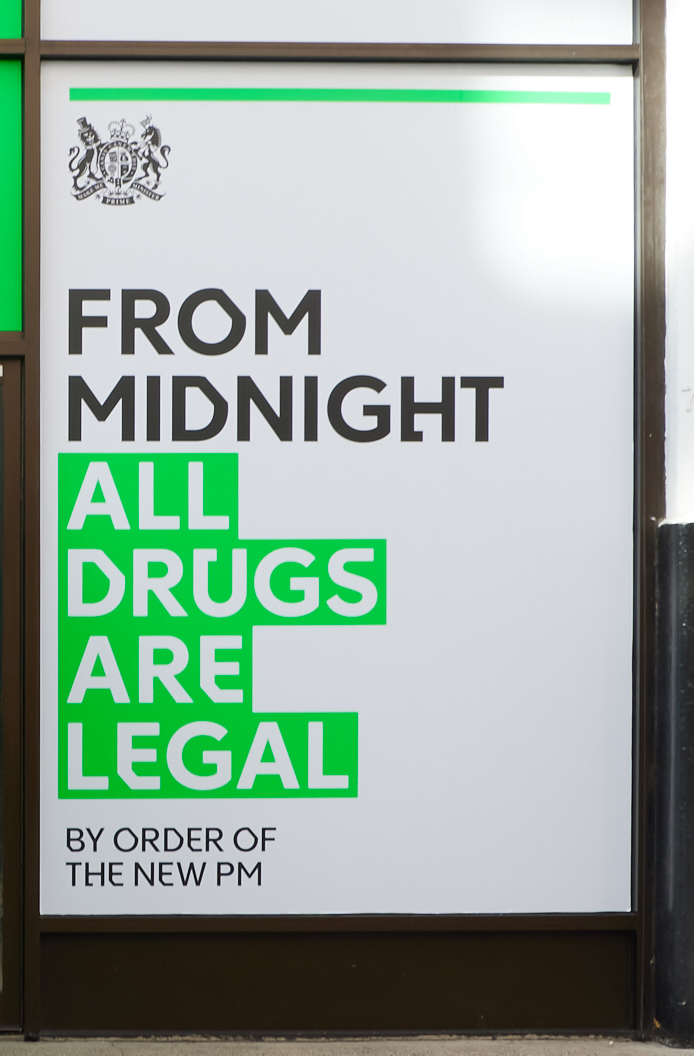 Standing back passers-by will spot a vending machine, a ‘legalised drug dispensary’ stocked with fake marijuana and ecstasy, bringing to life a fictional policy exploring what would happen if all drugs were legal. 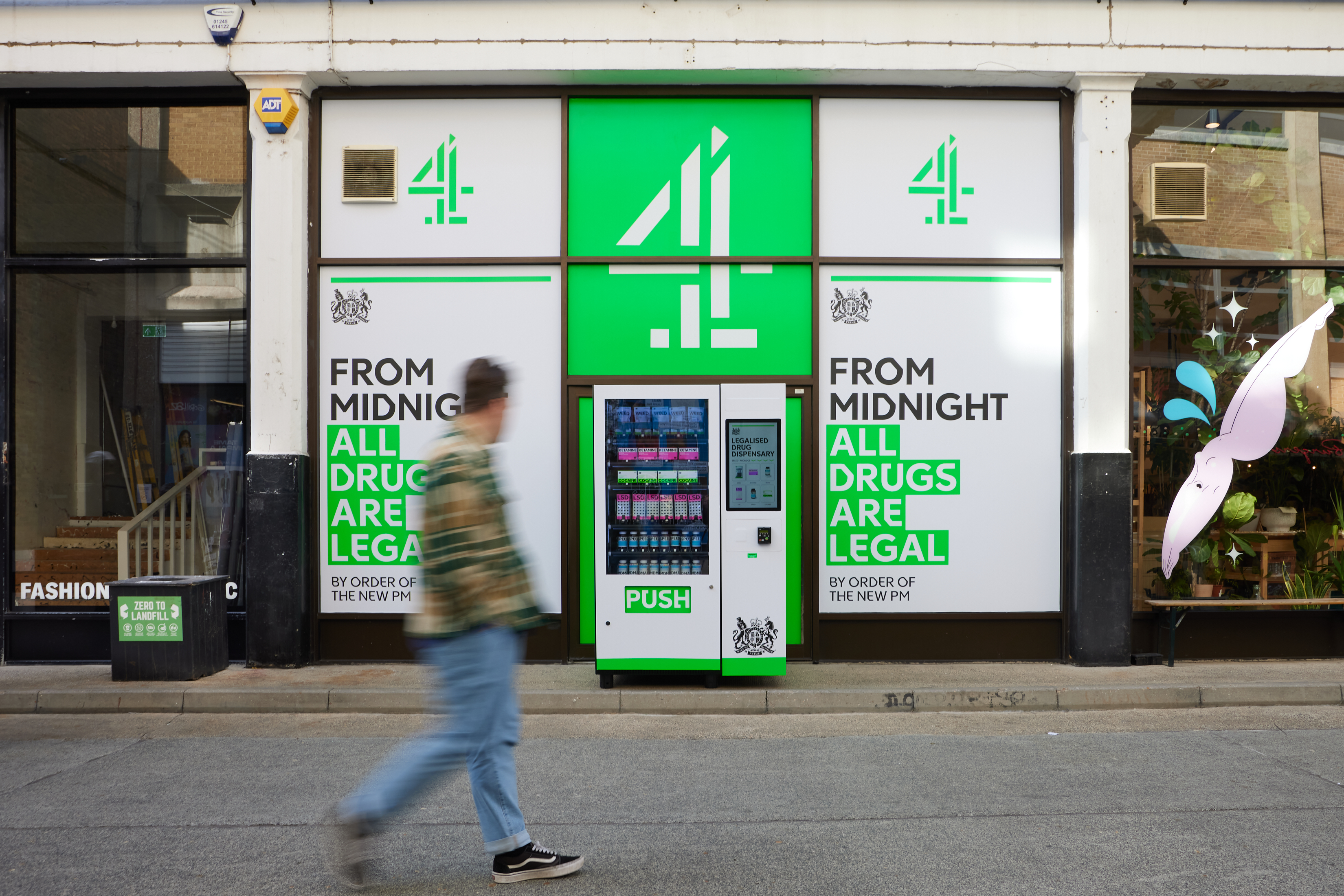 The installation was by Channel4 ahead of new TV show Make Me Prime Minister, which launched on 27th September. The six-part series which follows 12 ordinary yet opinionated Brits with views from across the political spectrum, in a contest to see what it takes to operate in the cutthroat world of politics.

Next up, the public had the opportunity to stand at a replica of the famous No.10 lectern and answer questions as if they are the Prime Minister as it popped up in London, Manchester and Glasgow, following research revealing 24% of Brits saying they’ve considered a career in politics, with 23% saying they would run for PM if they had the chance. With everyone having a view on how they would run the country if they were given the chance, people had an opportunity to share their vote-winning policy ideas with the public just like the contestants on the show.

Zaid Al-Qassab, Chief Marketing Officer, Channel 4, said: “Make Me Prime Minister explores what ordinary people would do if they were PM, so we wanted to let the great British public literally do that – we’re eager to hear what policies they have up their sleeves.”

Lynsey Atkin, Executive Creative Director at 4Creative, said: “Being Prime Minister is a very serious job – yet weirdly it’s one most of us think we’d be pretty good at. With a touch of fun – and tongue firmly in cheek – this campaign allows any ordinary civilian to (literally) step in front of Number 10, and prompt us to think about whether we’d really wield our power for the good of everyone, or simply indulge our own personal bias. 24-hour pubs? Count me in.”