Game of Thrones fans and visitors to the Tower of London were the first in the UK to take a seat on the imposing new-look Iron Throne this morning, as it was unveiled in front of London’s legendary medieval fortress. 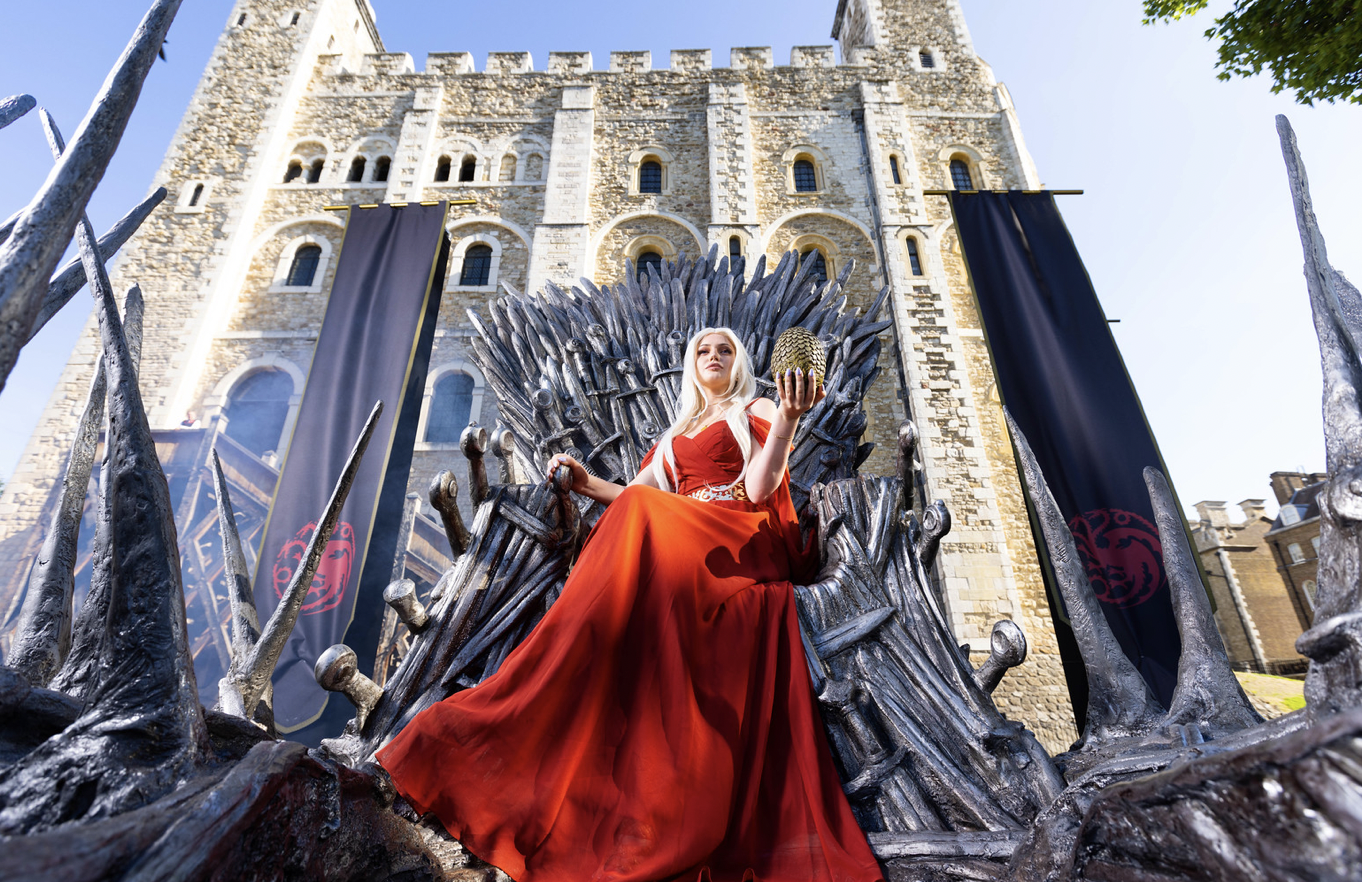 The Iron Throne is the ultimate symbol of conquest, forged from the blades of Aegon Targaryen’s defeated foes after he conquered Westeros. No stranger to power battles, the Tower is a fitting historical spot for The Iron Throne. The fortress was built by William the Conqueror nearly 1000 years ago, after his own bloody War of Conquest.

The Tower’s famous Yeoman Warders – nicknamed Beefeaters – were close at hand this morning, as the Iron Throne was unveiled in front of the iconic White Tower, which houses the Crown Jewels. The new-look Iron Throne will give fans of the fantasy blockbuster the chance to have a once-in-a-lifetime selfie on the seat of power. 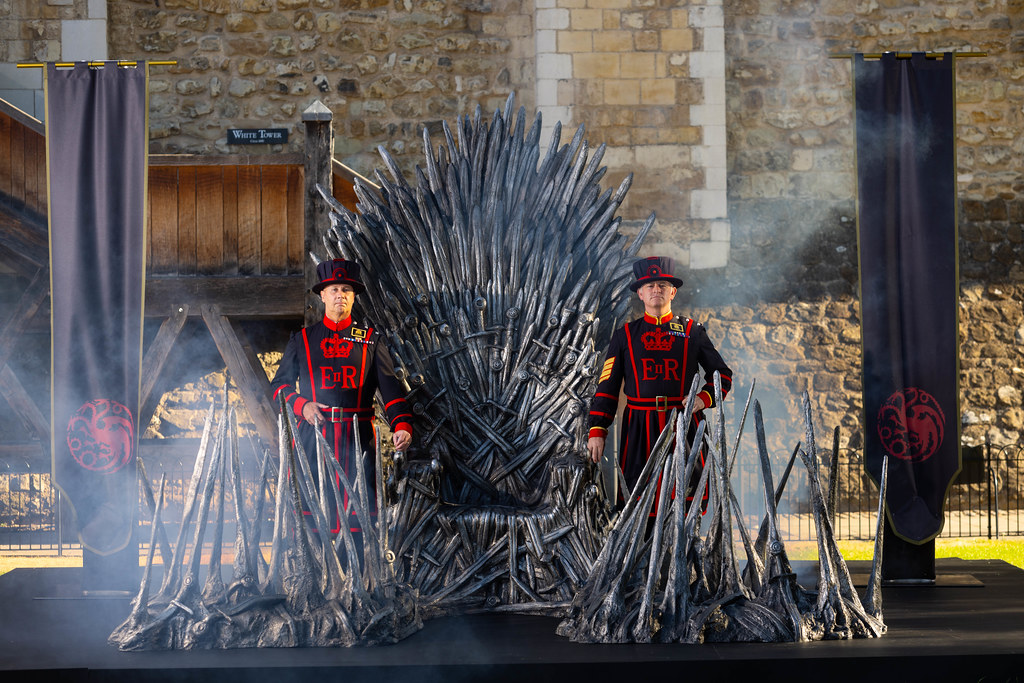 The Throne was brought to the Tower by streaming service NOW ahead of the launch of House of the Dragon, the eagerly awaited prequel to the global hit series Game of Thrones, airing on Sky and NOW from 22nd August.

Jamie East, co-host of Sky Atlantic’s Thronecast & House of the Dragon Premiere Special said: “Set 200 years before the events of Game of Thrones, House of the Dragon will transport fans to Westeros at the height of Targaryen rule. We’ll discover an Iron Throne of far greater scale and decadence, made from the warped and melted swords of the Targaryen’s defeated enemies, symbolic of the Targaryen’s huge power and influence at this time.”

House of the Dragon, the eagerly awaited prequel to the global hit series Game of Thrones, will be airing on Sky and streaming service NOW from 22nd August. 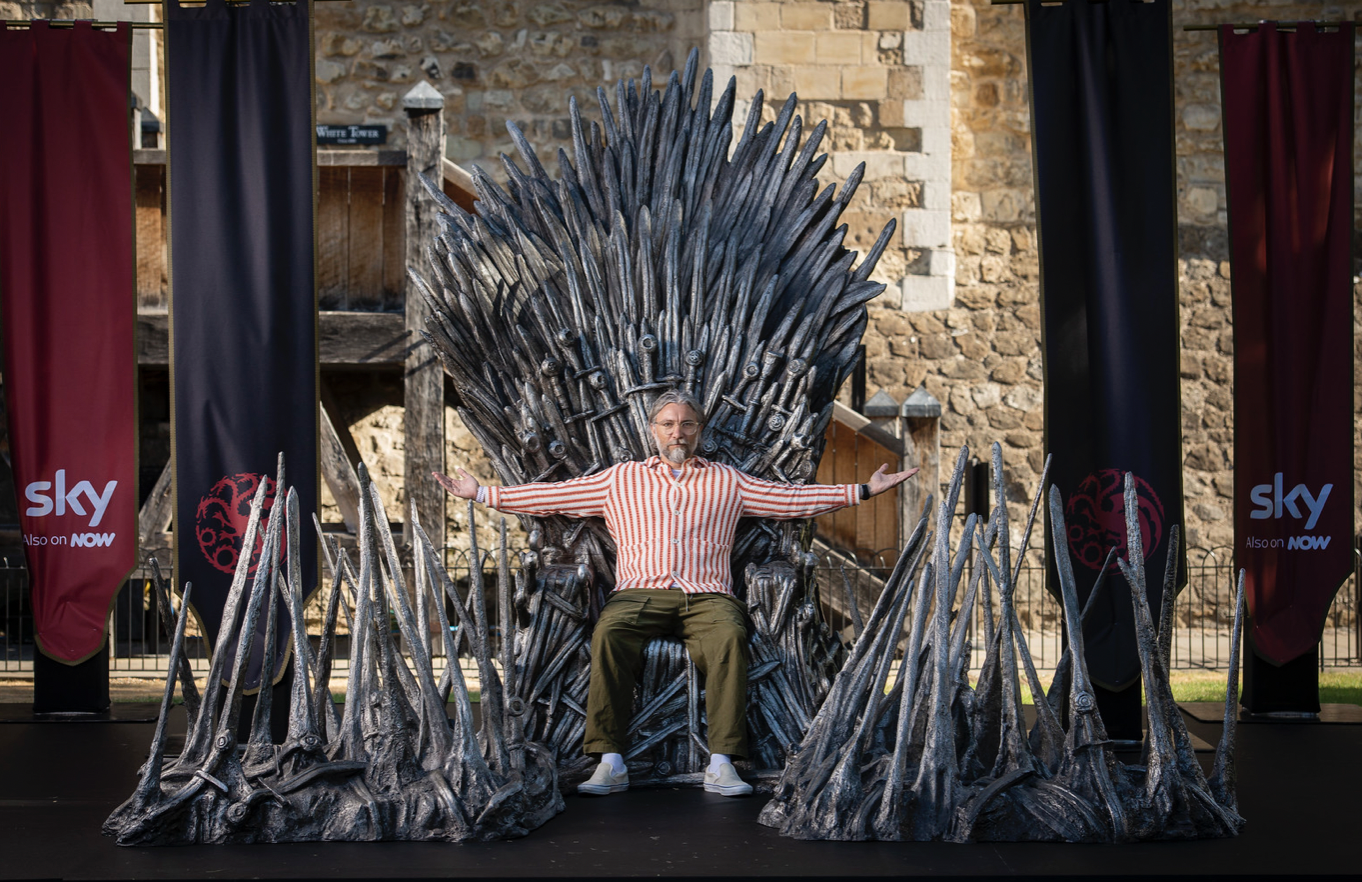 The Throne will then be taken on tour, going on show at sites in London, Cardiff and Edinburgh during August.

House of the Dragon airs on Sky Atlantic and streaming service NOW from August 22.