If you’re sick of the familiar endless grey of cityscapes across the world, you might want to check out twitter account @betterstreetAI. The account posts re-imaginings of everyday city streets, created using artificial intelligence technology. 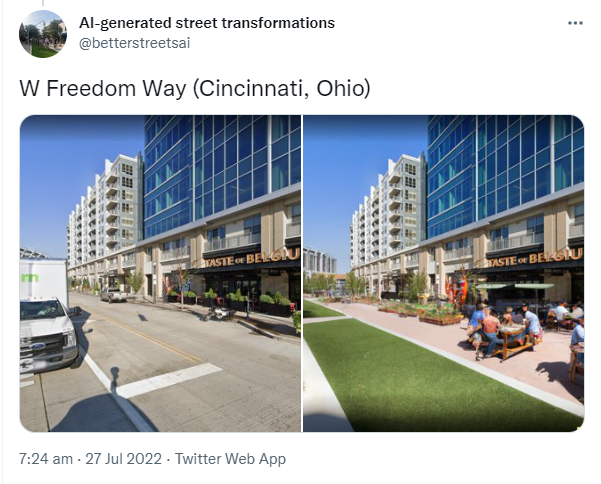 The account not only demonstrates pre-existing dangers posed by our city’s roads to pedestrians and cyclists alike, but also uses technological advancements within the field of artificial intelligence, to propose a solution. Twitter user @betterstreetAI created these renderings using the programme DALL-E 2; which uses technology capable of turning a snapshot of a street into a visual of what a safer and more pedestrian-friendly alternative of the space could look like. 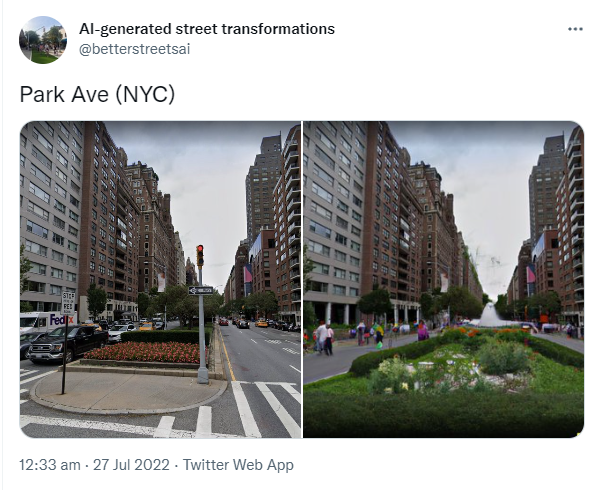 As well as providing safer alternatives to the motorist-centred cities of today, this collection of images also inadvertently proposes a view into how designs such as these may help to combat pollution levels in inner-city areas.

The account, originally showing mostly image renderings of U.S. cities, has branched out following its recent fame; now showing examples of reimagined urban areas from across the globe.

Twitter users around the world have also begun sending in images of their own local streets. 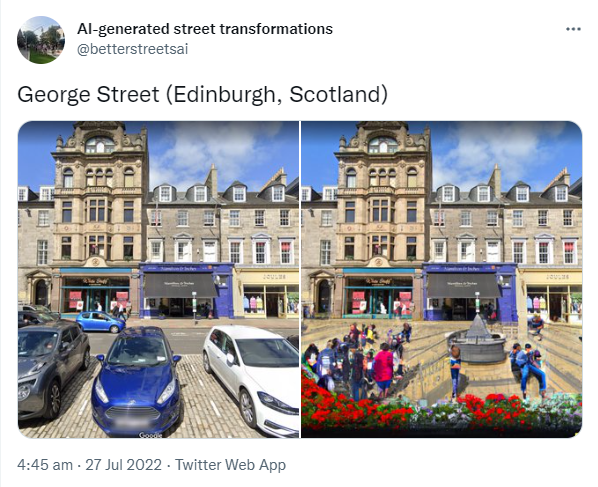 User @betterstreetAI responded to the above request, sent in by a fan of the page (left), with not only the alternative picture above (right) but also a further three alternatives of the streetscape, using the DALL-E 2 technology, as picture below. 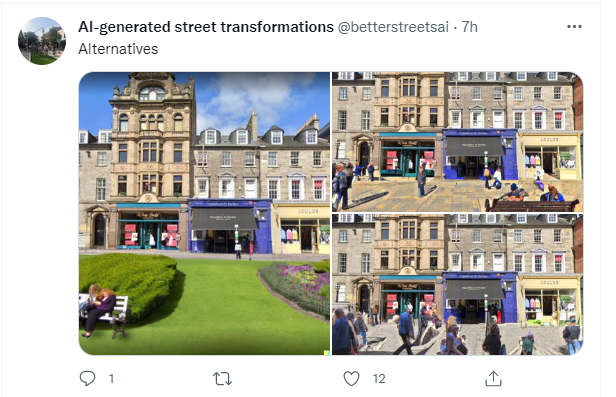 To find out more, go to the Twitter page by clicking here.