The Royal Mail has released a set of eight illustrated stamps to celebrate the 50-year anniversary of the first UK Pride rally. 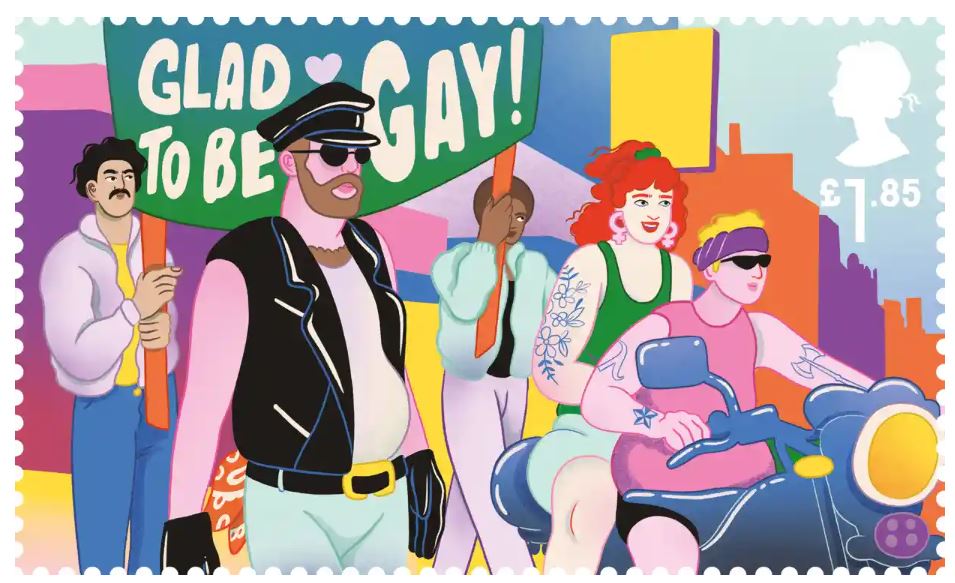 Commissioned by the Royal Mail, the stamps were created by award-winning illustrator Sofie Birkin and art directed by NB studio. The stamps depict the first ever UK Pride march, that travelled from Trafalgar Square to Hyde Park in London in July 1972. Featuring the emblematic rainbow flag as well as banners and slogans declaring Gay pride, the stamps display colourful scenes from the first-ever Gay Pride Rally, which was inspired by Pride events taking place across the water in the U.S. 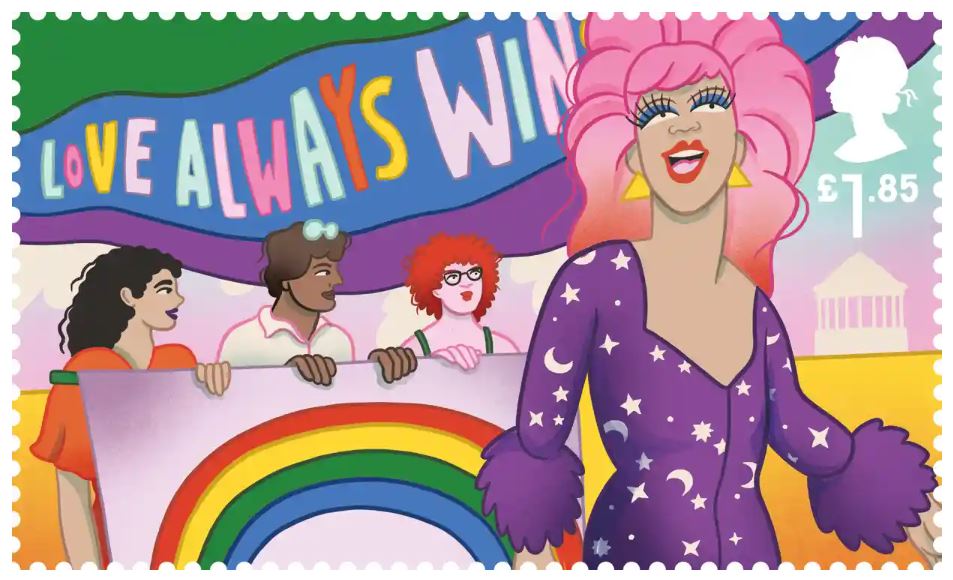 David Gold, of Royal Mail, said: “The vibrant, colourful Pride events that take place in towns and cities across the UK today trace their origins to a small number of people who marched through central London half a century ago to raise awareness of discrimination and inequality […] “There have been huge changes in laws and social attitudes, but Pride events continue to play a key role in raising awareness of discrimination, as well as celebrating diversity and individualism.” 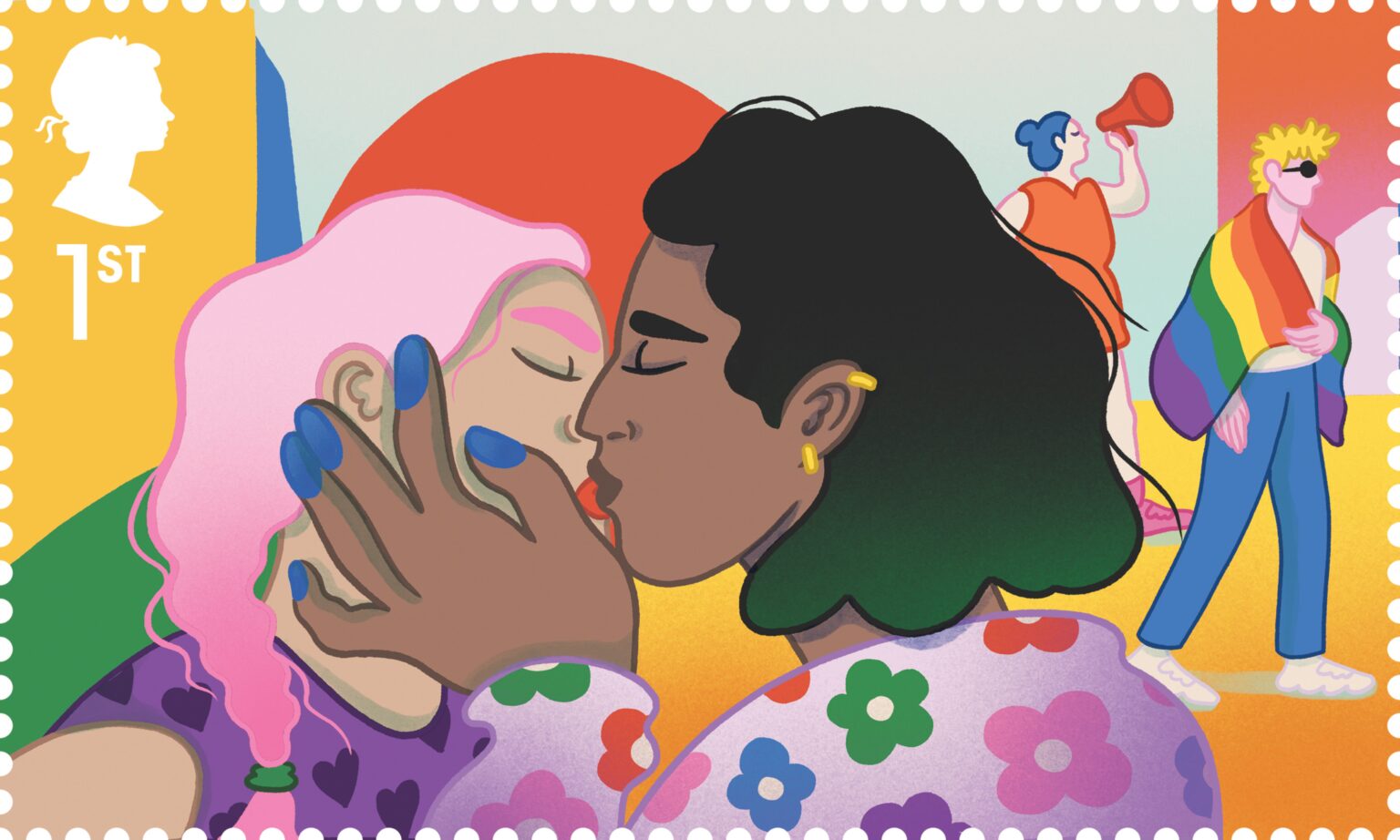 The Royal Mail consulted with its internal LGBT & Friends Network when creating the stamps, and rather than the typical brand ‘rainbow washing’ that occurs too often around Pride month, the stamps serve as a celebration and homage to an important part of our collective social and cultural history.

The illustrations featured on the stamps have also been turned into an animated film, in collaboration with studio Animade, which you can watch here