In a campaign with Ocean Outdoors, Land Rover created immersive digital billboards after research from the University of Exeter revealed that less than 40% of the working population spend the recommended weekly time outdoors to improve their mental health. 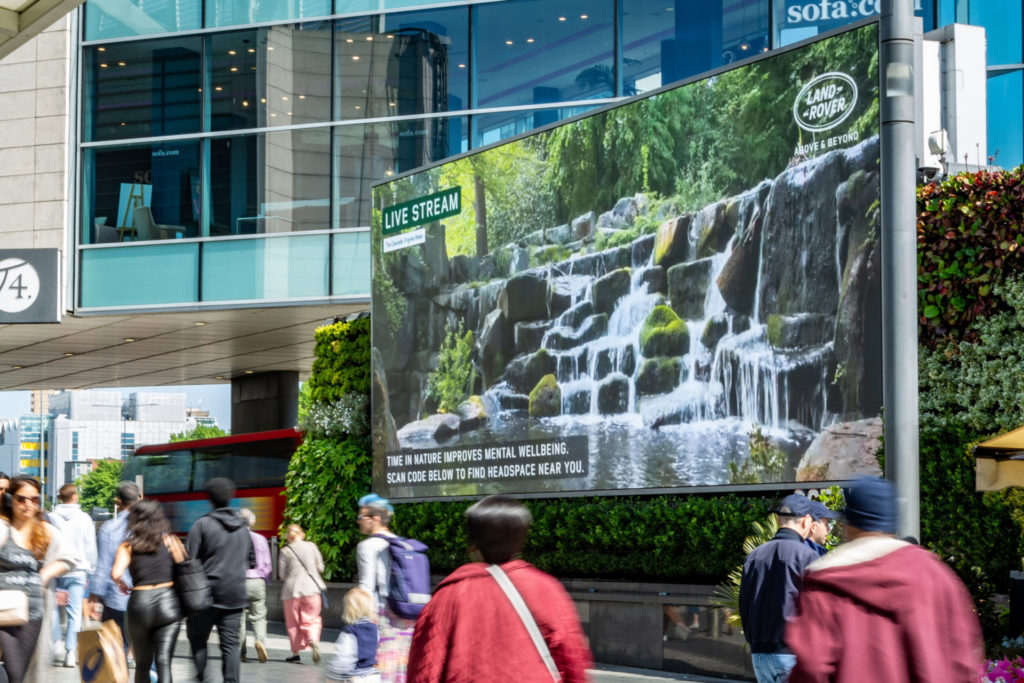 The billboards were strategically placed in high-traffic urban areas around London such as Westfield and displayed beautiful live streams of nature accompanied by a directional sound shower playing the soothing sounds of a babbling brook.

In order to further encourage people to pursue some time outdoors, the billboards also cleverly directed passers-by longing to reconnect with mother nature to their nearest green space by displaying a scannable QR code connected to an interactive map. 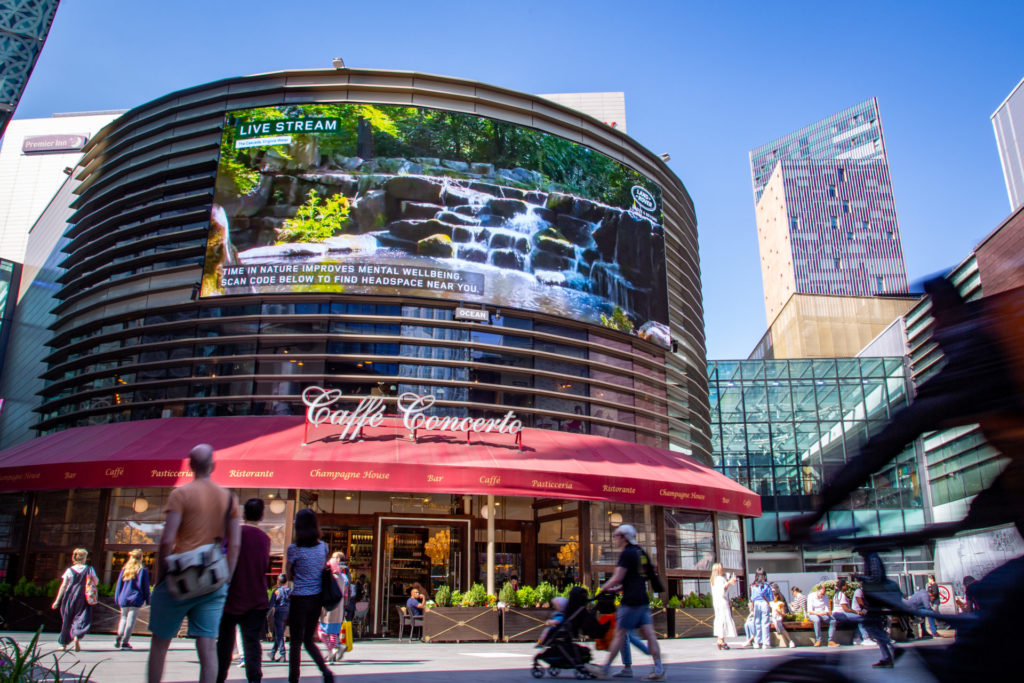 Ocean head of marketing and events Helen Haines said: “Our competition judges liked the insight and the tie into mental wellbeing. This campaign encourages local engagement but in a way that isn’t overtly selling. It’s a simple, effective concept with an important message.”

Lead creatives at Spark44 | Accenture Song Andrew Edelston and Pip Smith said: “For us, there’s always been a natural connection between Land Rover and the great outdoors. When we found the research linking time spent in nature with mental health, we saw a relevant space for Land Rover to help promote.”

Entries for the 2022’s competition open in July, find out more here.

ALL Behind the Campaign Cause Related Environmental Technology Topical