Subway have created their biggest ever Sub to celebrate Queen Elizabeth’s Platinum Jubilee.

Subway is offering one lucky fan the chance to win this incredible 7 metre ‘Street Party Sub’ – which can serve 30 people – to be delivered for their own Jubilee street party.

The Sub measures a whopping 7 metres long, with each metre marking each decade of her 70-year reign. 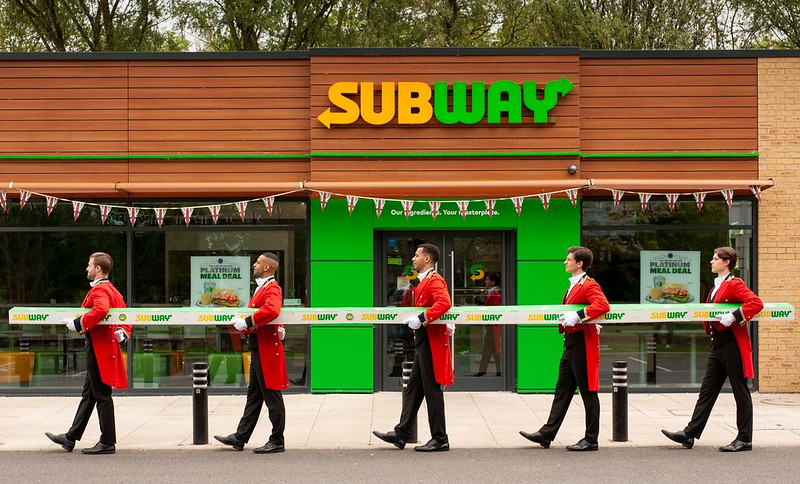 The Sub includes the Jubilee-inspired limited edition Coronation Tikka (which will be available in store later this month), Italian B.M.T. (delicious layers of pepperoni, salami and ham), Turkey & Ham and Veggie Delite. 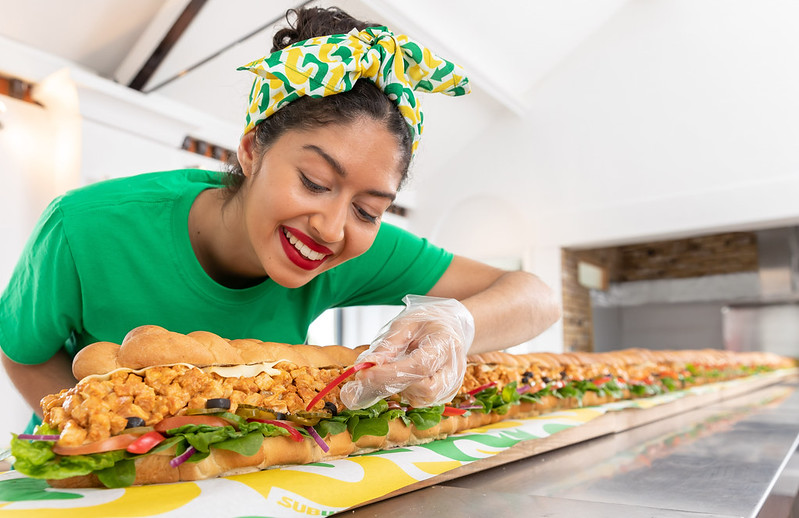 The giant sandwich is assembled from ingredients including approximately 340 lettuce leaves, 256 slices of cheese, 250 chunks of chicken, 128 slices of ham, 96 slices of pepperoni and salami each, 64 slices of turkey, 96 slices of tomatoes, peppers, cucumber, pickles, olives and jalapenos each and 150 slices of onion within 7m of freshly baked Subway Italian bread. 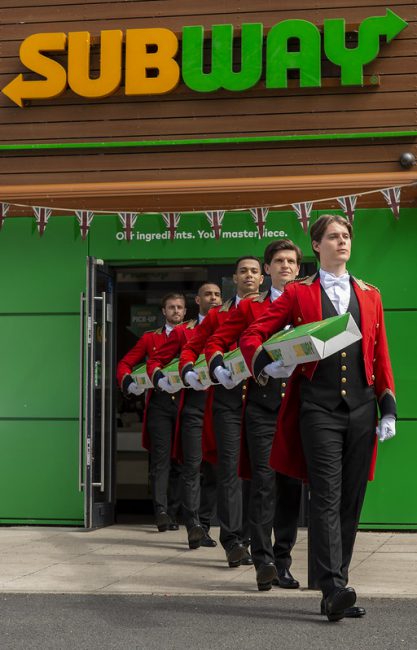 Angelina Gosal, Head of Marketing UK & Ireland at Subway said “We wanted to create something momentous to mark Her Majesty’s Platinum Jubilee – and with sandwiches at the centre of every British street party, what better way than a Sub big enough to share with your whole street! We’re thrilled to be offering one lucky fan the opportunity to win this one-off 7m Sub for their Jubilee celebrations.”

For Subway® fans who do not win the 7m Sub giveaway, they can still get their hands on the new and limited edition Platinum Meal Deal from 25th May up until 7th June, which includes a 6-inch Coronation Tikka Sub, Lemon Drizzle Cookie and drink of choice.

Subway will also be offering customers free delivery on all third party delivery orders over £10 during the Jubilee Bank Holiday weekend via Uber Eats, Deliveroo and Just Eat.