Amazon brings unboxing to the metaverse

To accompany the launch of the new OnePlus 10 Pro 5G phone, Amazon India decided to move the influencer unboxing trend to the metaverse, so that users can interact with the experience rather than just observe.

Unboxing has become a somewhat predictable procedure that accompanies the launch of new products- typically seen as influencers seen across social media share their reveal of new products. This has normally meant that the audience can only be the voyeur in the occasion. However, Amazon India decided to make the unboxing of the new OnePlus 10 Pro 5G phone an event that users could participate in, by hosting it on the Metaverse. 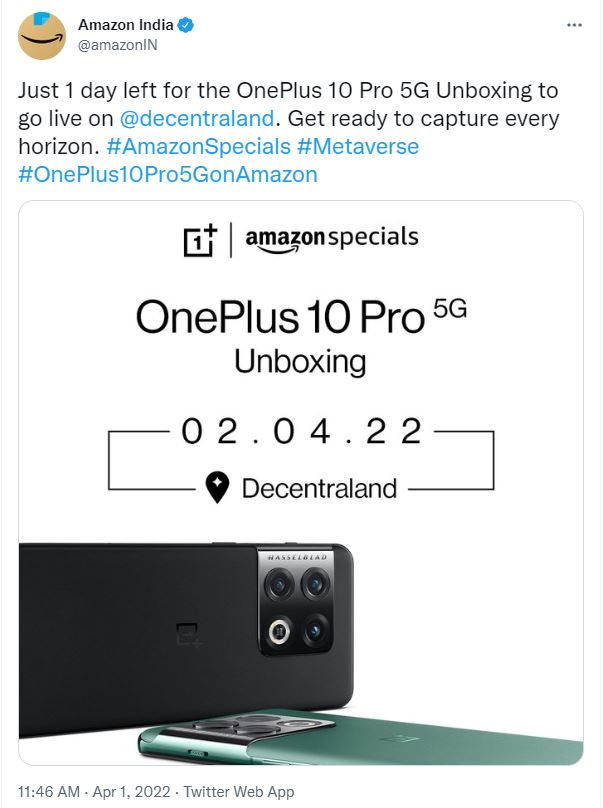 The launch of the OnePlus 10 Pro was highly anticipated by tech enthusiasts as its predecessors have been touted as the value ‘Pro phone’ of choice, featuring a fantastic screen and incredibly fast charging, the OnePlus 10 Pro series undercuts its better-known rivals.

The unboxing took place in Decentraland, the first ever virtual world that’s owned by it’s users and allows them to trade, play and create all in one digital space. Hosting the event in this digital space allowed Amazon India to highlight all of the phone’s brilliant new features, but also allowed for users to partake in the unboxing using their personal avatars, and experience the phone in a 360° setting.

Learn more about the unboxing here and visit Decentraland here

ALL Behind the Campaign Retail Technology