M&Ms have redesigned their iconic figures in an attempt to promote inclusivity, but the internet is divided over the changes made to the popular green M&M. 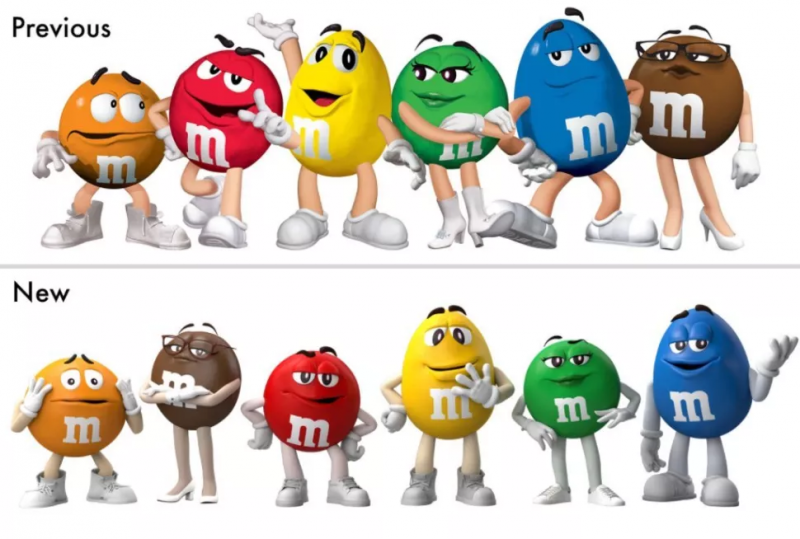 The cherished mascots each feature a smoother, higher quality design, and have changed their original cheeky personalities. The Red M&M is now more kind and patient with his peers, and Orange is coming to terms with his anxiety. Amongst the aesthetic revisions is a removal of the characters’ peach skin tone, and a contested change in footwear.

However, alterations made to the green M&M in particular has sparked an internet backlash for the so-called ‘reverse-yassification‘ of the beloved character. Her heeled go-go boots, lip-gloss, and faux lashes have been swapped for a serious gaze, and a pair of sensible trainers.

In an official announcement, creators of M&Ms Mars Wrigley stated that the goal of this rebrand was ‘to underscore the importance of self-expression and power of community through storytelling’. But many have argued against the ‘de-sexualisation’ of the Green M&M.

Taking to Twitter, fans of the brand asked for Mars Wrigley to return Green’s iconic look, and to allow her to own her sexuality.

give the green m&m her little hoochie heels back 🙁

No one in all of human history has ever looked at a fucking M&M and said "I don't feel represented." pic.twitter.com/mH4OxQaso6

Thinkpieces and articles alike on what the M&M’s rebranding means for feminism and sexuality have been flooding the internet, with coverage from The Guardian, Rolling Stone, and the Wall Street Journal, amongst others.

All whilst Mars Wrigley are kicking back and enjoying the content.

Did my shoes really break the internet? pic.twitter.com/ZaisgZ9QYZ