In partnership with GLOW, the plant-based dairy alternative has created a new, mouthwateringly seductive campaign that parodies the cliche style found in most fragrance ads.

Paired with delicious Summer BBQ foods like Kebabs and Salmon- Par De Beurres promises to be a smell that will tingle your nose’s taste buds. 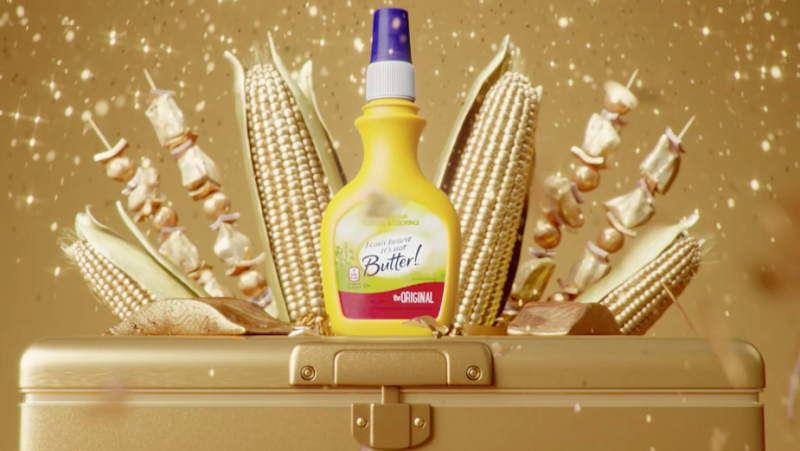 Alongside their spoof video content, their official hashtag #NotButterSummer invites influencers and the public to take part in their contest for a chance to win the ultimate Grill & Chill’ prize pack, including:

An AR social lens will also allow Instagram users to transform themselves into kebabs, corn on the cob, or salmon whilst playing with the I Can’t Believe It’s Not Butter spray product.