The Secret to their Success; KFC in Spain takes chicken-based rivalry to the next level

By Laura Kirkpatrick on Wednesday, March 3, 2021

KFC in Spain have made an offer so tempting, even their competitors can’t decline. To promote their latest limited edition menu item – a chicken sandwich with two juicy fillets in place of the bun – they have enticed employees from rival chains to a number of secret tastings.

‘La Infame’, now otherwise seen as the red room of the fast-food industry, is an anonymous hideout where rivals were invited to try the new menu item for free, alongside a promise of secrecy. Simply by applying online or via telephone and proving their place of work, guests were then equipped with the relevant details.

This campaign, by Madrid Agency PS21, took place in 11 Spanish Cities on February 27th, which may be the answer to any missing staff members or fellow colleagues that day…

Within the film, each rival who had succumbed holds a seat at a table next to Colonel Saunders. Drawing on Da Vinci’s ‘Last Supper’ painting, we are cautiously exposed to the anonymous members tucking into the banquet before them.

The video concludes with the tagline ‘No one should have to resist what they like’. 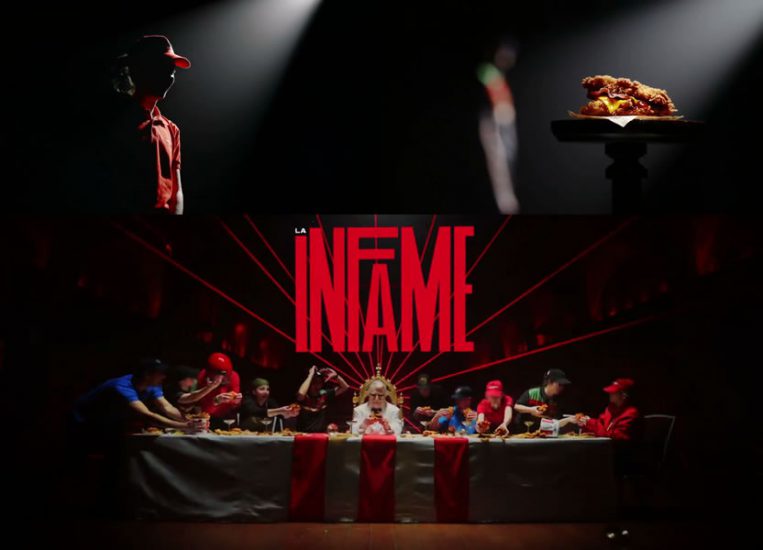