By Joe Colquhoun on Wednesday, December 2, 2020

Philadelphia Cream Cheese has launched their latest holiday-themed campaign that pokes fun at the hype around the recent release of two major game consoles. 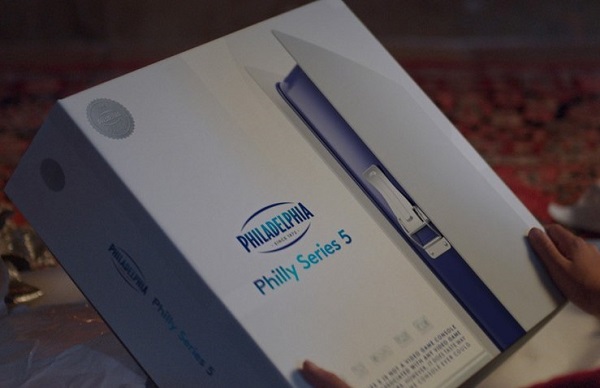 
The Philly 5 Series was officially announced last week and promises a revolutionary baking experience, described as a “stunning advancement in cheesecake technology”.

The console kit includes a special pan that contains the key ingredients to make a cheesecake, such as five cream cheese bricks of power, ultra HD white chocolate, and the latest 3D cookie crumb technology.

Debuting a week or so after the release of the Sony PlayStation 5 and Microsoft Xbox’s Series X the Philly Series 5 is priced at $4.99 and will be available for preorder on a special microsite while supplies last.