The pitch at Twickenham Stadium has been transformed into a stunning portrait featuring three of Premiership Rugby’s star players today.

The giant rugby art, the largest outdoor painting ever created in the UK, was unveiled to celebrate the restart of Gallagher Premiership Rugby this Friday on BT Sport. 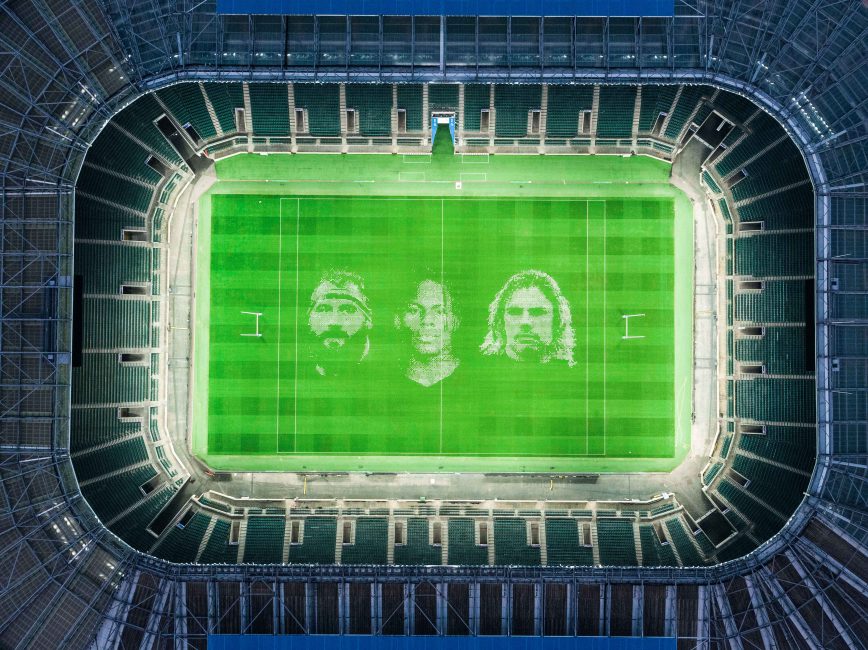 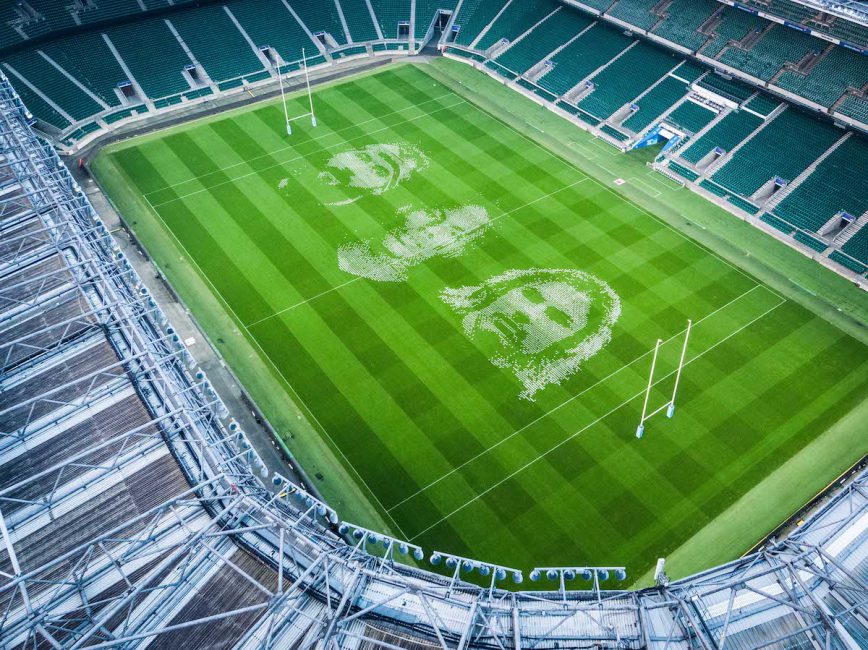 Gallagher Premiership Rugby briefed Taylor Herring to deliver a campaign to mark the start of the new season and promote awareness amongst fans.

The agency has been working alongside the inhouse team to promote the return of the sport after weeks of lockdown. In addition to the eye-catching pitch creation the agency has produced social media assets and placed media interviews with key players.

It took team of eight artists more than 24 hours to complete the pitch portrait and more than 100 hours of planning before any paint touched the grass.

A bespoke computer program was written to generate the precise measurements that were needed to create the artwork to the exact scale of the stadium. 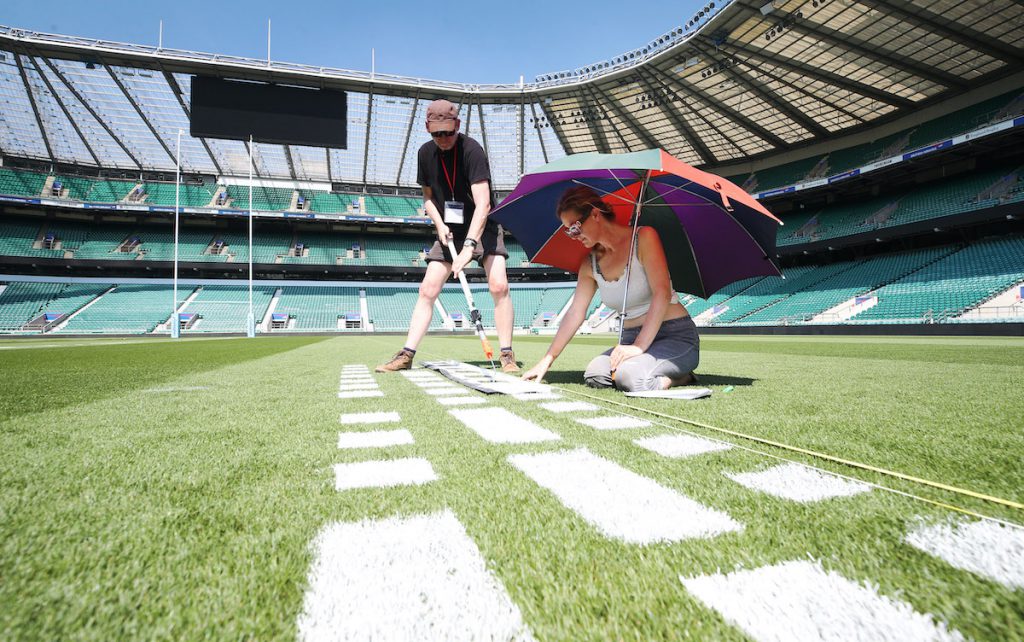 The image, which occupies most of the 7,000 square metre pitch, was created using a grid comprised of 13,420 elements. Each painted line in the portrait is just 6 inches wide.

Nearly 1280 litres of biodegradable pitch marker paint were used for the elaborate creation. Drone technology was used to capture the final image of the turf rugby stars.

Spotted in: The Sun, Mirror, Metro, Telegraph and Daily Express. 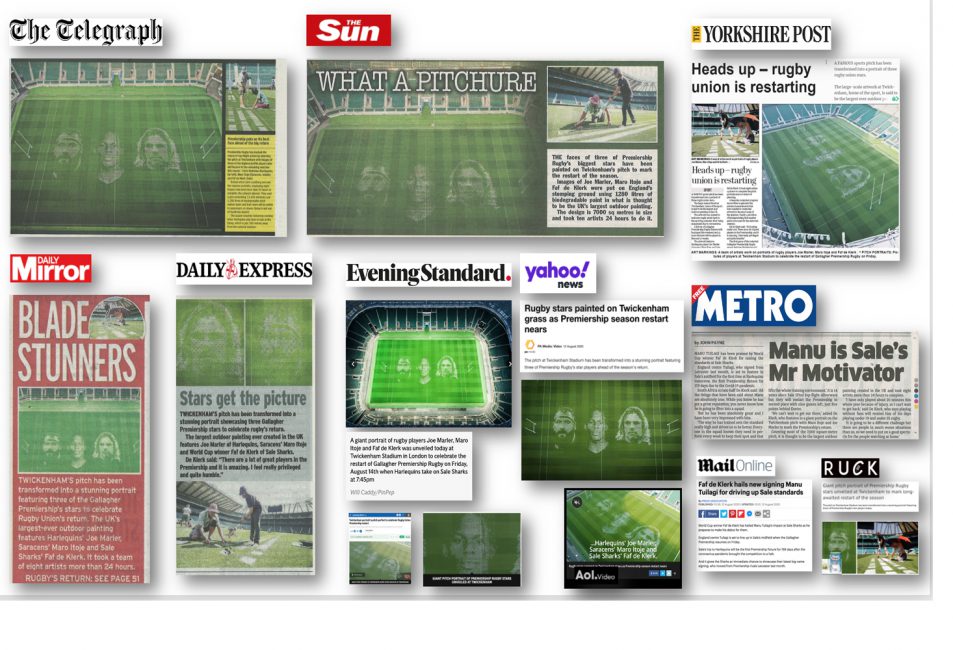