With the Premier League title set to be lifted this week – and various teams chasing European qualification or chasing promotion from the Championship – the bookmaker has produced a video guide fronted by Peter Crouch.

It comes after celebrating fans were criticised earlier in the season for ignoring social distancing guidelines.

On arrival, fans were zipped into self-contained, two-metre high ‘human hamster balls’, to ensure they could celebrate as much as they liked, while still complying with the UK’s COVID-19 protection rules. 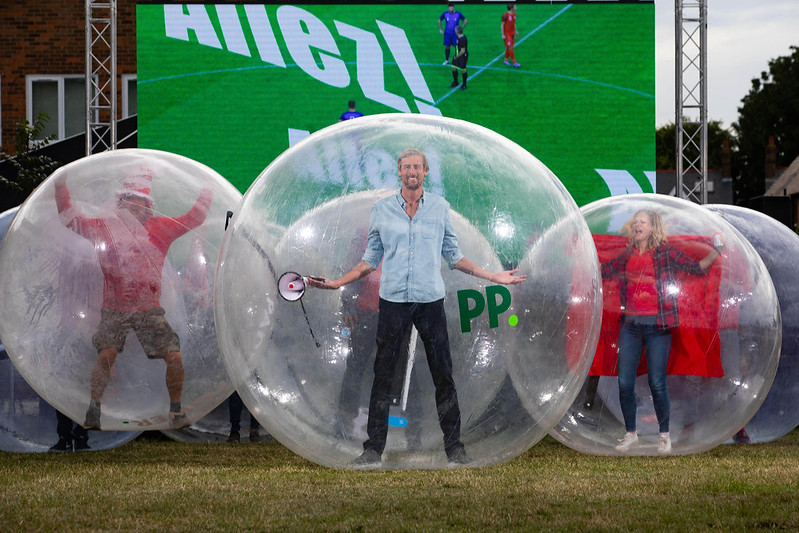 Additional precautions included fans being sprayed from top to bottom in disinfectant on entry to the pub by officials in hazmat suits, plus all drinks were consumed strictly within the confines of the giant, oxygen-filled, PVC bubbles. 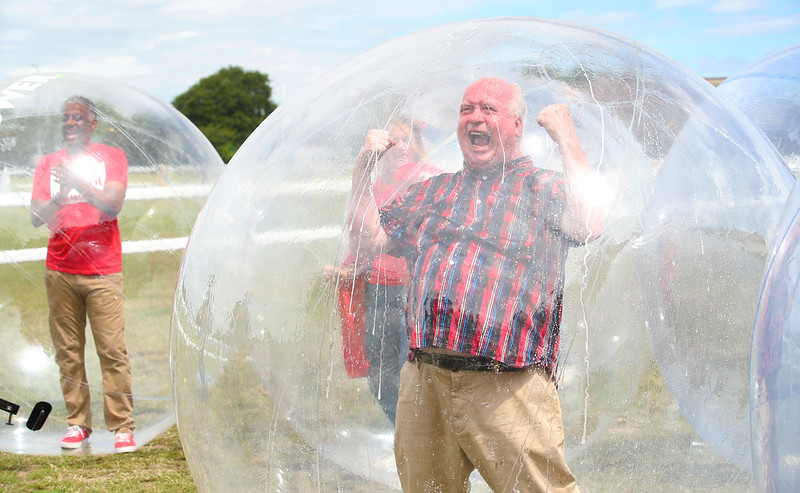 Paddy Power ambassador Peter Crouch said: “It’s only natural that football fans will want to celebrate their team’s success, especially if they’ve been waiting for a long time for it. But, clearly, it’s important that we’re all safe and responsible when doing so. I never expected to see myself in a human hamster ball – mainly because I wasn’t sure I’d fit – but it brings a whole new meaning to ‘stay in your bubble’.”

Paddy Power said: ““We’ve developed a way to help supporters abide by the rules safely, since a minority struggled to keep their distance when the league was won a few weeks back.The government has advised that we should stay in our bubbles, so we took that advice literally for this PSA – though some fans will have had their bubbles burst by the results of this season.”

The campaign was created and produced by creative PR agency Taylor Herring.