As a 2020 Democratic candidate, Bloomberg is looking to win over a younger demographic of social media savvy voters.

His campaign has previously taken on creative approaches such as tweeting about millennial focused content and buying a 60-second Super Bowl ad. They now have a new strategy which includes working with Meme 2020, a new company formed by some of the people behind the most influential Instagram meme accounts. 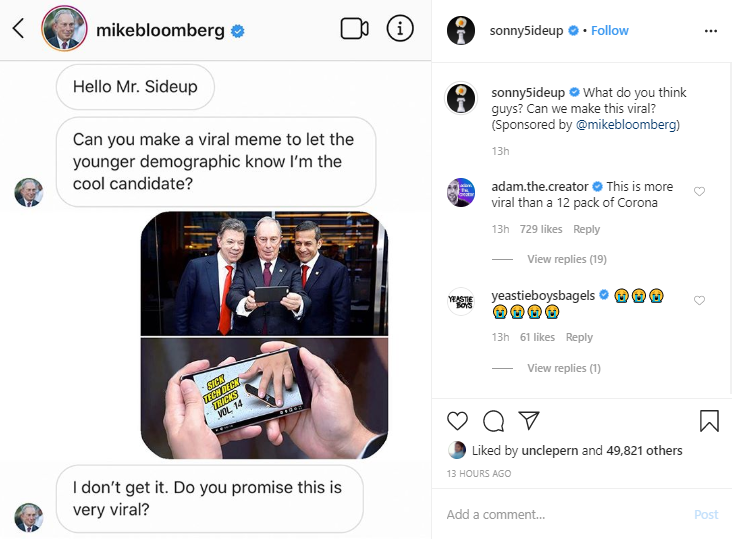 Mick Purzycki is the lead strategist of the Meme 2020 project and chief executive of Jerry Media, a media and marketing company and powerful force in the influencer economy. Jerry Media is known for the popular meme page @FuckJerry, which has nearly 15 million followers on Instagram.

Evan Reeves is a creative director for Jerry Media and was brought in as the head of creative to develop an unconventional campaign and build a self-aware ironic character around Bloomberg.

The Instagram accounts involved have all posted Bloomberg campaign ads in the form of fake direct messages from the candidate, disclosing in the captions the posts are indeed sponsored ads. 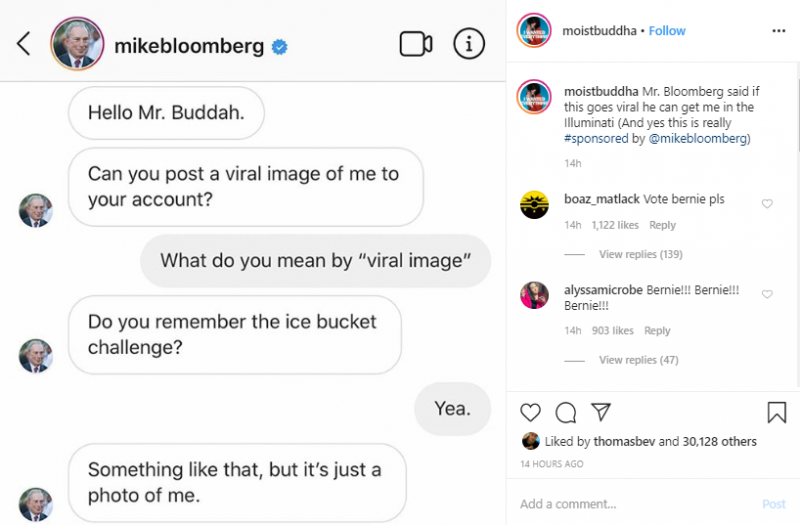 According to the Times, after the initial Instagram posts, others have become aware of Mr. Bloomberg’s influencer campaign and many have expressed an interest in creating sponsored posts for him.

Sabrina Singh, a senior national spokeswoman for the Bloomberg campaign, said in a statement. “While a meme strategy may be new to presidential politics, we’re betting it will be an effective component to reach people where they are and compete with President Trump’s powerful digital operation.”