A new, bold approach to a drug awareness campaign has been taken on by South Dakota’s governor, Kristi Noem.

The campaigns slogan which was made public yesterday bluntly states the issue. “Meth, we’re on it”, accompanied by content of people from various walks of life, the message was met with some initial confusion. 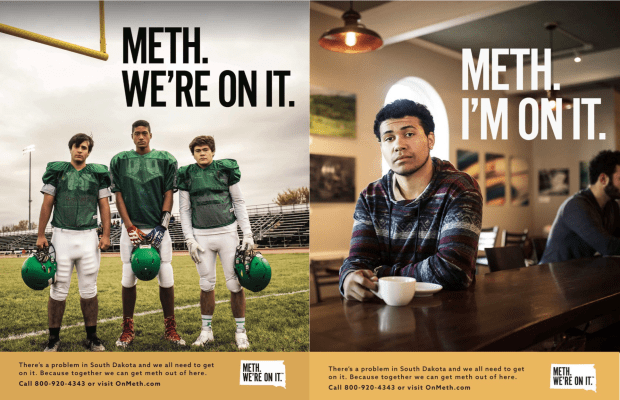 According to Noem, by saying “Meth, we’re on it”, not only is the message drawing attention to the large number of users but also makes a more powerful point about community and teamwork.

“It impacts every community in our state and it threatens the success of the next generation.”

Meth effects everyone in South Dakota regardless of whether they’re a user or not. In order for the city to overcome the issue, people must come together and tackle the problem head on.

ALL Cause Related Health & Beauty Other