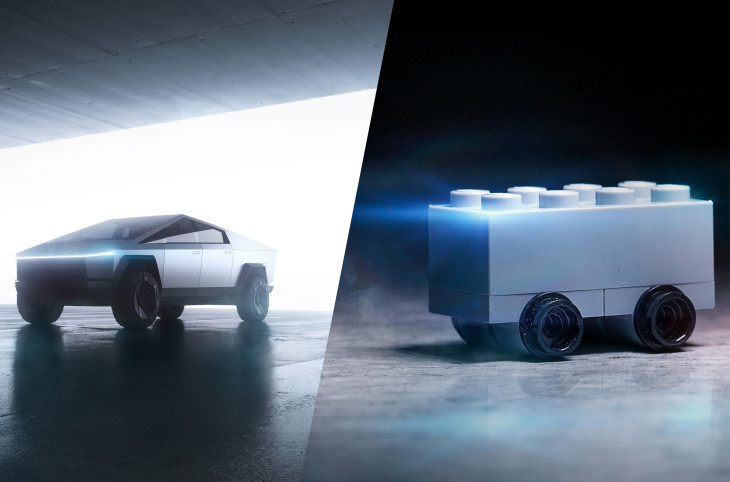 Elon Musk unveiled Tesla’s Cybertruck in California last week but took an embarrassing turn when the vehicle’s  ‘indestructible’ windows smashed during a demonstration of how hard it was meant to be to break them.

During the presentation Musk said, ‘You want a truck you can take a sledgehammer to, a truck that won’t scratch, doesn’t dent,’ 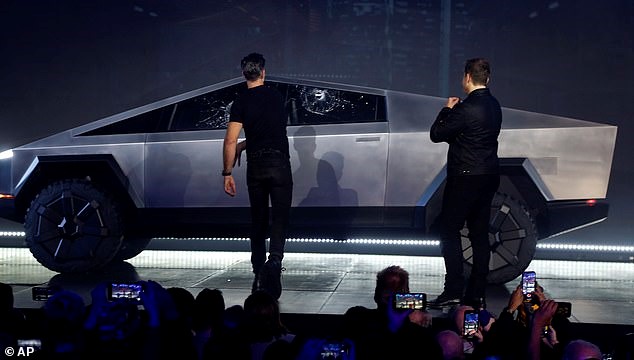 After the truck’s reveal, Lego Australia shared its OWN Lego version of the futuristic truck. The Twitter post Lego shared was a direct swipe at Tesla over Elon Musk’s embarrassing Cybertruck reveal of the ‘guaranteed shatterproof’ truck.

So far Lego’s post has over 22,000 retweets and over 85,000 likes. One Facebook user even said under the post: ‘You know you screwed up when Lego is throwing shade your way.’ 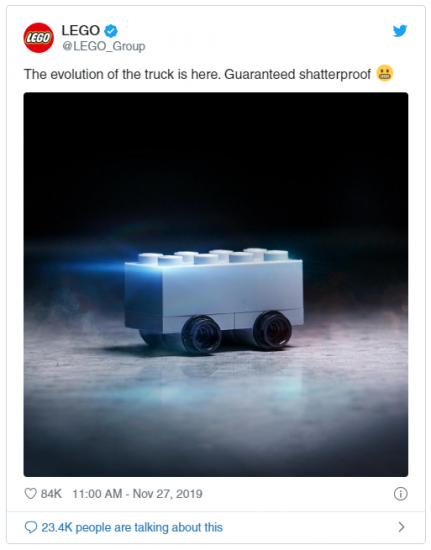 Musk has since said this only happened because Tesla Design Chief Franz von Holshausen striked the window with a sledgehammer prior to the demonstration. Some other issues with the truck include it not being available yet and it costs just under $40,000 for the cheapest version.

Despite launch day hiccups and a lot of poking fun at its looks, Musk has said so far more than 250,000 customers have signed up and put down a refundable $100 deposit for the Cybertruck.

ALL Automotive Other Retail Technology