Now, you might know that PRexamples.com was started by Rich Leigh. He also started Radioactive PR.

I work for Radioactive, and I’d like to say that we VERY rarely write up our own work for the site. It’s something Rich has always been wary of doing, as I know he never wanted it to look like he was using the site to promote the agency. That said, we’ve been doing a bit of work for male grooming client, Mo Bros, and we’ve twisted his arm. It fits well here, honest. 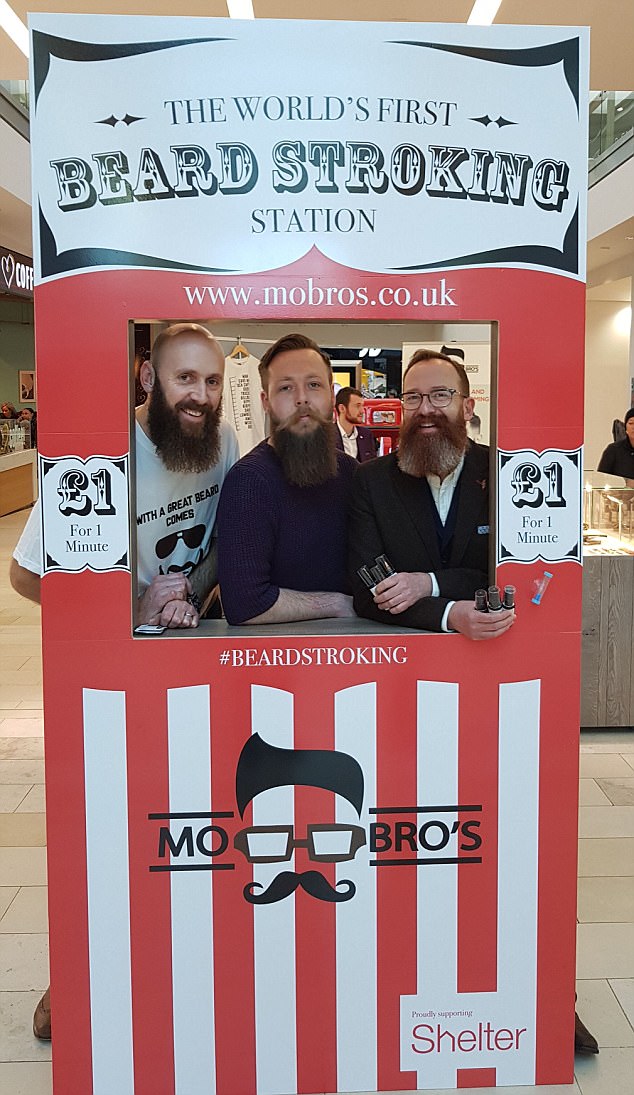 Mo Bros, like I said, is a male grooming brand based in Leicester and founded by three bearded brothers. For a nice Christmas campaign we decided to help stressed-out shoppers, by running a beard-stroking pop-up in Highcross shopping centre, Leicester, where Mo Bros – an online shop at www.mobros.com – has a shop.

It is as weird as it sounds, however there is some science behind it. Stroking soft things, like fur, releases the relaxing home Oxytocin, perfect for stressed people trying to cram in some last minute shopping. So, we added two and two together and got beard stroking!

Last week we sent out a release about the beard-stroking service (which launched today), asking bearded men to put themselves forward for the £30/hour role. The jist of the pop-up is that ‘strokers’ are asked to pay £1/minute to stroke a beard, and as Mo Bros do a lot with the homeless in Leicester, we all decided that any profits made will be donated to homeless charity, Shelter – ‘strokees’ also have the option to volunteer their time and donate their payment. 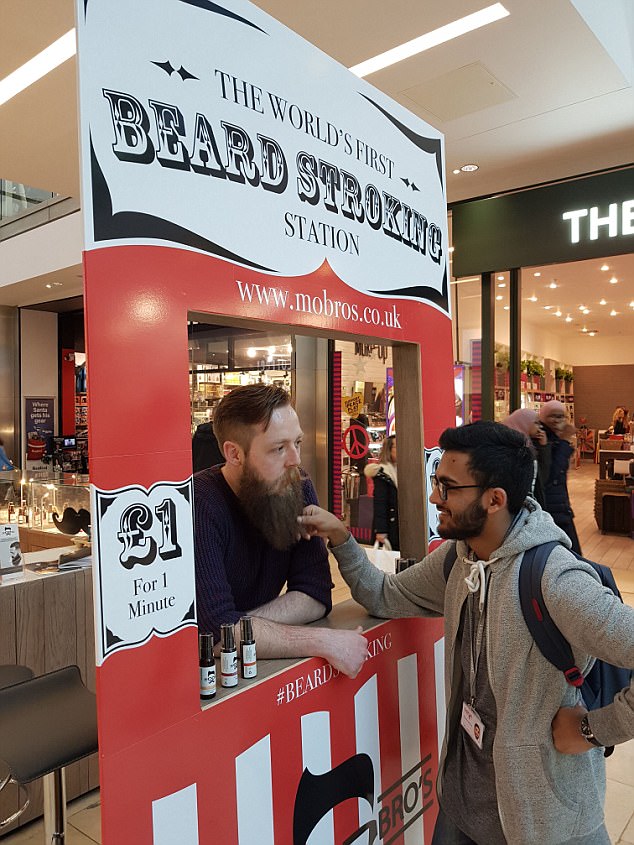 We were happy with the initial burst of coverage, with Joe.co.uk (more then 16,000 shares of its article), UniLad (26 million views on its Facebook video), LadBible (nearly 8,000 shares on its article) featuring the recruitment aspect. Shortly after that, the nationals started writing about it, including the Independent, Mail Online, Metro, BBC News, iNews and The Mirror. Today, BBC News and The Leicester Mercury have gone to the Mo Bros shop to film all of the pop-up’s beard stroking activity.

The result? Hundreds of global news articles, the majority with links back to the Mo Bro’s site, more than 5,000 applications from bearded men, an increase of 429% in web traffic, and hopefully a nice sum of money raised for Shelter by the end of it!