(If you’ve little interest in who runs this site and you just want wonderful campaign-y CONTENT from 2017, do skip this bit)

Six years ago, I was putting the finishing touches to the site you see before you, readying it to open the digital doors in January 2012. I’d been in PR four years then – next year marks my tenth year doing… whatever the hell it is we do.

I wanted PRexamples.com to be an agenda-less place to read, watch, be inspired and entertained by the best in public relations and marketing stunts and campaigns. And that’s exactly what it’s become, being ranked the #1 PR blog in the UK in the process. Mission very much accomplished.

As many of you will have seen, in August, I said I’d either sell or ‘retire’ the site (in this, ahem, needy post).

Well, PR Land (as I have always affectionately dubbed you, in what’s become the comms equivalent of trying to make ‘fetch’ happen), I can announce that this will be the last annual round-up I write.

In fact, come early 2018, PRexamples.com will be under new management.

It’s with a heavy heart that I say ‘so long’, but having had many, many conversations with potential acquirers; me insisting I’d much sooner encase it in amber than sell it to become a glorified way for suppliers to sell to a wonderful community of readers, I know it’ll be in great hands.

I haven’t chosen the interested party that offered the most money. I run my own PR agency, Radioactive PR (HEY, I get one bloody agency plug after all these years of trying so hard to keep it light), and never saw this as a retirement plan. I’ve gone with one I’m confident understands exactly what I, and all contributors and readers that have bought into the ethos, try to do here. In fact, the only thing that’ll change is it becoming, in their excited words, ‘bigger and better‘. And I can’t wait to see what that looks like.

So… thank you all.

Just, thank you. It’s been a pleasure.

You’ll be hearing more on this come January, but for now, and bringing us back on track, here are the previous 5 years of annual round-ups. There’s plenty to get stuck into here:

As with our regular monthly round-ups, the list is ordered by the number of times each post, all previously featured on PRexamples.com, has been visited, giving as accurate an estimation of popularity as any other metric.

The link in each title takes you to each post, where you’ll be able to read more about it, but each does have a description that might be enough for you.

The top 20 PR and marketing campaigns and stunts of 2017, in reverse order…

In an undisclosed restaurant, Burger King employees served ‘beaten up’ Whopper Jr. hamburgers. Unsurprisingly, 95% of the customers got up to complain.

While this happened, a nearby boy was being bullied by some other kids – however, only 12% of customers got up to help him – highlighting how people are quick to complain about things that directly affect them.

Who’d have thought Burger King would have been the brand to create one of the best, and with more than 4m views, best-watched anti-bullying campaigns this year? Watch it here:

US fund manager State Street placed a statue of a defiant girl staring down the famous art installation Wall Street Bull, in a stunt that delighted social media around International Women’s Day.

As we near the end of 2017 and in context of that, it’s even more powerful than it was in March. 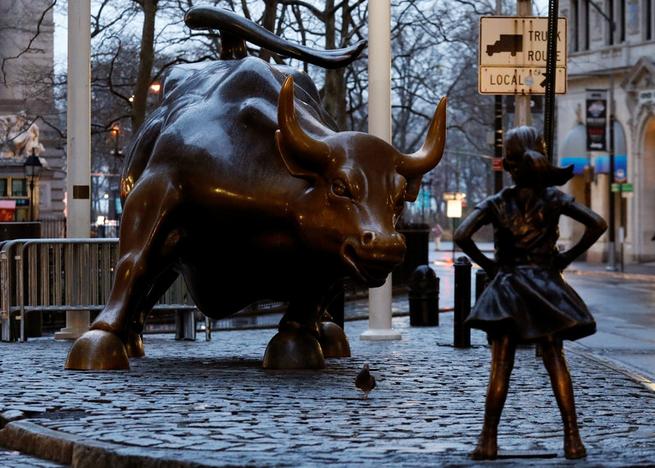 Highlights of the Nissan X-Trail 4Dogs concept include a two-way ‘dog cam’, water shower, dryer and access ramp. Of course, this is one of those for-coverage concept ideas that we’ve all either thought about doing or done (me? NEVER) that’ll never see the light of day in reality, but a nice idea nonetheless.

An interactive campaign from Cancer Research UK encouraged smokers to check their lung capacity at bus shelters across the country.

The outdoor posters invite passersby to blow into a small tube to see how smoking has affected their breathing. The longer they puffed into it, the more of a message was revealed: “If you are a smoker you might not get much further than this line. However, with help from a Stop Smoking adviser is it much more likely that you will be able to quit for good, so you will have a greater chance of making it all the way down to this point here.”

I’d like to see stats related to the effectiveness of the campaign, but a strong one for me. (Watch a video about it here). 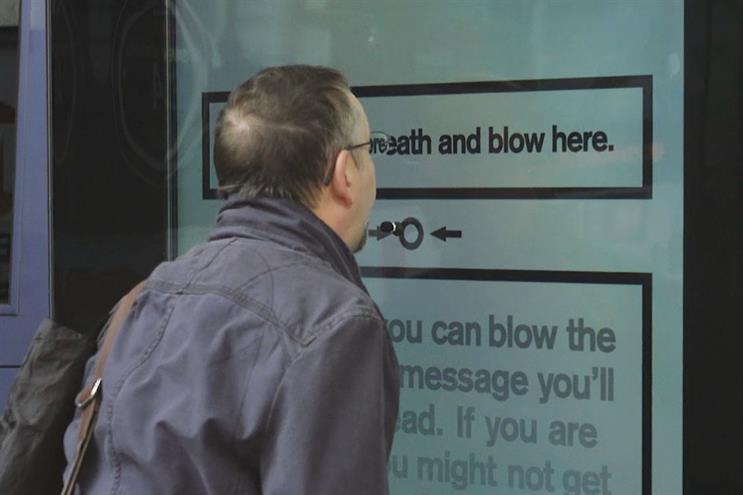 Folkoperan is an opera house in Stockholm, Sweden. The opera house played host to its spring show, ‘God Disguised.

To promote the show, and illustrate how exposed groups are ignored in society (a theme in the show), Folkoperan and a number of homeless people performing in it took to ten different street locations with free tickets.

The performers wrote signs, offering two free tickets to the first people to stop and talk to them.

This from the press release:

“On the morning of the 21st of January, several of the EU citizens performing in the show wrote signs about their performance and that they had free tickets to give away. They stood where you would expect to find them; by the subway, outside the grocery store and on many other of Stockholm’s busiest locations.”

As you can see in the hidden camera videos, thousands passed by and ignored the message. It took 12 hours for the first person to claim 2 free tickets.

Netflix, Three and Samsung joined forces to create a pop-up resort dedicated entirely to binge watching, with 15 suites inspired by popular Netflix shows where guests can sit back, relax and binge watch as many Netflix episodes as they want. Despite being the 14th-best read campaign of the year, and a nice-enough idea… I don’t really get it. Very little correlation between the execution and AWS as far as I can see.

Take a look at the title of the video in the image below… whatever your thoughts, clever work. 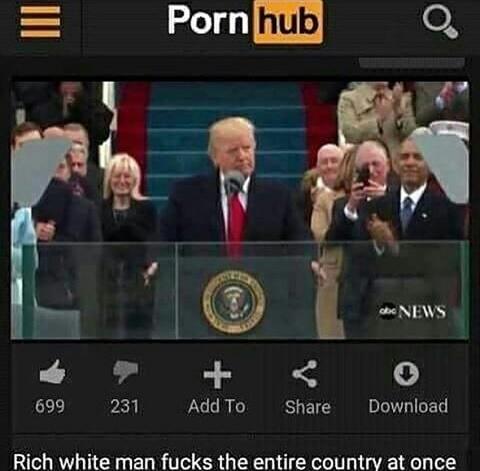 12. Nescafé’s ‘Hello Bench’ literally brings strangers together over coffee – May

In an outdoor marketing effort during the recent Salone del Mobile in Milan – an annual furniture fair, ‘the Nescafé Hello Bench’ was tested out.

The bench got shorter when two people sat on it thanks to a couple of sensors, bringing strangers together over coffee.

11. London gets a ‘porking’ in Peperami pothole PR stunt – March

Peperami’s phallic Animal was ‘on a mission to leave no hole unfilled’, punning his way around the capital and across social media as he drew attention to pot holes or ‘Hangry Holes’. If you’ve ever wondered just how far you can stretch a joke about meat filling a hole, this is the stunt for you.

10. Café that accepts exercise as payment opens in London – January

David Lloyd Clubs opened the world’s first café that accepted exercise as payment ‘in a bid to tackle the nation’s weight problem’.

Aptly named ‘Run for your Bun!’, there were no tills or card payment machines – once members of the public had chosen their (healthy) lunch they simply had to jump on the rowing, running and cycling machines for some HIIT training to pay for the meal.

9. Lucozade provide commuters with free trip on underground with contactless bottles – May

Thousands of bottles of Lucozade were given away in this campaign at Oxford Circus. Each bottle had a chip fitted in the bottom of the bottle, as part of the brand’s ‘find your flow’ campaign, targeting busy commuters.

All members of the public had to do was swipe the bottom at the tube gates, just like a contactless bank or Oyster card, to get a free tube journey.

“Too many of us go to bed with our phones, tablets, or laptops and don’t have time to switch off before we put our heads to pillows, and the purpose of the campaign is to encourage the nation to change their bed time habits and take sleeping more seriously.”

To boost donations and drive awareness of World Cancer Day, Cancer Research – in their second showing in this top 20 – installed ten Smart Benches across London.

The wi-fi enabled bench encouraged members of the public to donate £2 to the charity. The installations into Islington and Lewisham were fitted with smartphone charges and complimentary internet access. 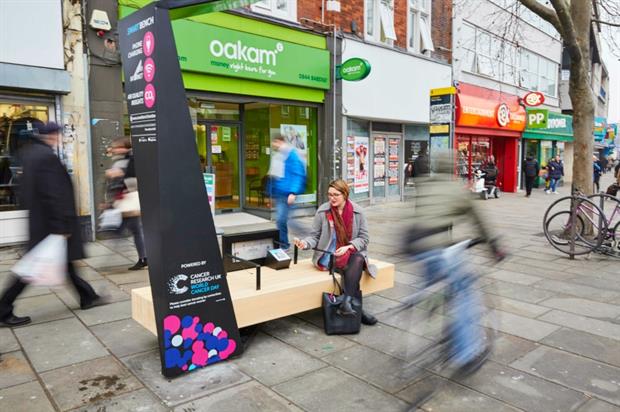 6. NIKE creates world’s first LED track when runners can race themselves – May

Nike created the ultimate pop-up for runners – the world’s first LED running track where you could actually race yourself (like a real-life version of the ghost car in Mario Kart).

The figure-of-eight arena took up a whole city block in Manila and was cleverly shaped like a NIKE’s LunarEpic running shoe. The 200 metre track was lined with LED screens which allowed up to 30 runners to compete against an avatar of themselves at any one time.

5. All aboard! Bombay Sapphire magically transports gin-lovers around the world on gin train – June

Lucky ticket holders were able to board The Grand Journey and ‘travel’ from places like Java to Ghana to Tuscany, all the while sipping on carefully created gin cocktails using botanicals from each region. Michelin Star chef Tom Sellers was on board, serving a range of botanical-based dishes to match the cocktails at each destination.

4. Nike and the search for a sub-two-hour marathon – May – posted by Jack Field

An in-depth look at Nike’s attempt this year to help a man run a sub-two hour marathon.

It feels almost odd to include this in the same company as, say, the Peperami stunt (!), but as well as being a genuine attempt to do something incredible, it was undoubtedly a marketing campaign, too.

3. Baby Dove launches with a provocative AI image of the Perfect Mum – April

Baby Dove launched with a bang in the UK with the image of a flawless, confident and polished young woman on the giant billboard at London’s Waterloo station and the provocative question ‘Is there a perfect mum?’

Mark Perkins, whose old agency was behind it, wrote a great piece looking at this intentionally controversial AI campaign from the inside. 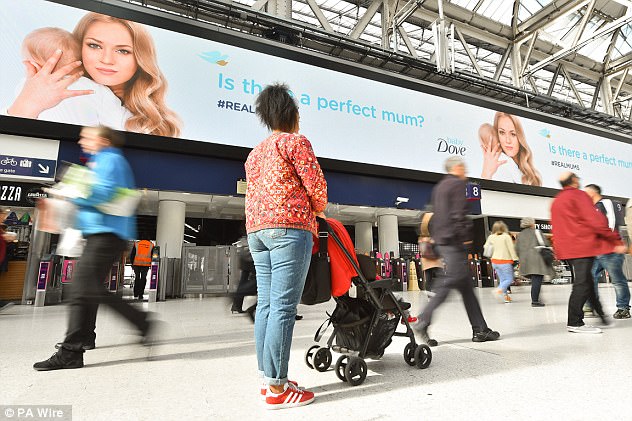 2. 2m-tall statues spotted attacking British coastline in Pirates of the Caribbean stunt – May

Three 2m tall pirate statues were spotted attacking the shores in locations around the British coastline in a stunt from Walt Disney Studios to promote ‘Pirates of the Caribbean: Salazar’s Revenge’.

The figures, modeled on new characters in the fifth film in the franchise and revealed at low tide, were spotted on Brighton Beach, at Birling Gap and the Seven Sisters in Eastbourne and at HMNB Portsmouth Harbour.

If any of you have seen the original ‘The Ring’ movie, there’ll have been that one scene that stuck with you.

To promote horror sequel ‘Rings’, the team behind this memorable ‘Carrie’ stunt in 2013 went back to their prank-y ways, using that scene as the basis for this new stunt:

The set-up is simple. After being given a bit of sales patter, potential customers (actors? Who knows anymore?) in a New York City electronics shop were left alone by an assistant.

The same actress who played that bloody terrifying little girl then came crawling out of a hidden compartment behind a TV’s screen, scaring unsuspecting shoppers.

A truly memorable campaign – even if the film wasn’t.

If you enjoyed this post, why not subscribe to our newsletter, highlighting the best PR stunts and campaigns?