Top 10 PR and marketing stunts and campaigns of October 2017

I mentioned in this recent top 10 post that I was either selling or retiring PRexamples.com.

To give you a quick update, I was inundated with interest, and am weighing it all up. It looks likely it’ll be under new ownership, but hey, you never know with these things!

If you’d like to throw your name in the hat at this later stage, feel free to get in touch (details at the bottom of this post!).

Nooooowwwww, in reverse order (and based solely on the number of unique views each post received), are the top ten PR and marketing campaigns throughout October 2017:

10. Bath Pizza Co is looking for a professional pizza taster

Fancy being paid to eat pizza? This is the job (and time-honoured PR stunt idea) for you.

Burger King in the US gave free Whopper burgers to the first 500 people dressed as clowns from 7 pm until close on Hallowe’en night at 5 participating restaurants.

A very well put-together campaign video, riding stylistically (and thematically) on the back of IT and Stranger Things.

8. GAME will give you Fifa 18 for free if your name is Alex Hunter

Another straight-forward one, this – and the first of two near-identical brand stunts in this month’s roundup.

In short, Alex Hunter is the name of the character-led career mode’s protagonist.

To promote the release of the latest iteration of the best football sim out there, GAME offered the game for free to those with the same (or derivative) name.

7. Lyft teams up with Netflix to offer people trips to the ‘Upside Down’

To celebrate the release of the second season of Netflix’s Stranger Things, ride-sharing app Lyft created a special experiential ride and in-app experience.

From Thursday October 26 to Friday October 27, fans of the programme were able to opt into “Strange Mode”, a version of the app that threw in Stranger Things orientated icons (which… sounds a bit meh, granted). Users in Los Angeles and Philadelphia were also able to request a special ‘Strange’ car for a spooky in-car experience, though, which kind of saves the campaign.

6. Anthony Joshua hides signed cans of Lynx around the UK – and one finder will win tickets to his next title fight

To promote his new fragrance, created with Lynx body spray, Boxing world champion Anthony Joshua hid signed cans of his body spray around the UK. One lucky winner would be given tickets to the fight against Carlos Takam, which he ended up winning, in front of 70,000 fans.

The hunt formed part of an interactive mobile experience that encouraged fans to hunt down one of 850 limited-edition Lynx YOU AJ Body Spray cans, hidden across the UK.

5. Spanish hotel opens ‘sanctuary’ for pool inflatables that have been abandoned by holidaymakers 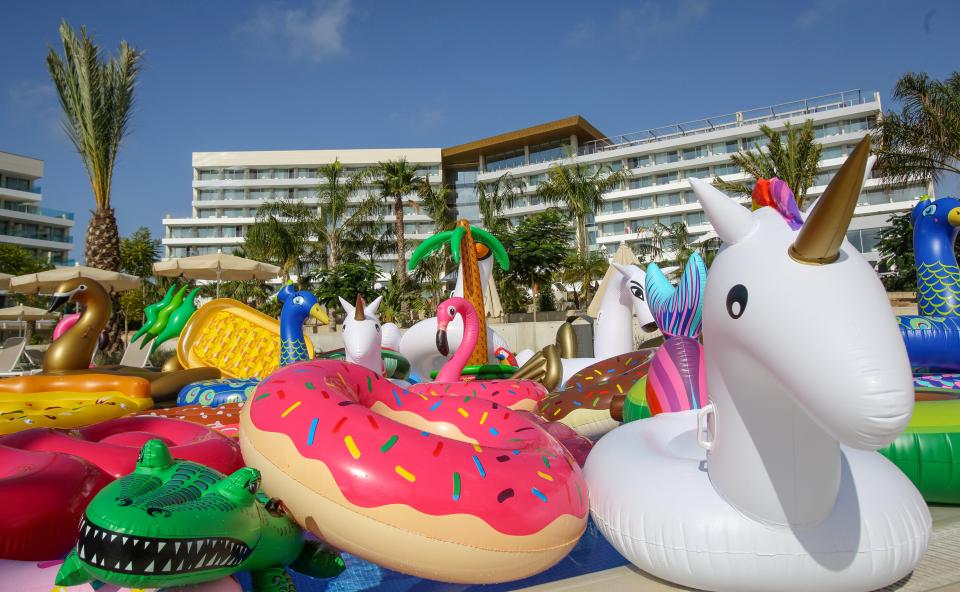 Hotels.com set up a ‘sanctuary’ for pool inflatables at a hotel in Majorca that have been left behind by people at the end of their holidays. It’s basically one big lost property campaign.

I mean, that’s pretty much it – but it did well coverage-wise!

4. Legoland is letting parents and kids in for free if they have specific names

The second ‘hey, if your name is X, you get Y’ stunt this month.

For most of October, the public were able to claim free tickets to Legoland if they had the same name as one of the main characters from the new Lego Ninjango movie.

Adults or children were able to get involved, with names ranging from fairly-normal to the slightly less common, including Lloyd, Kai, Jay, Nya, Zane and Cole.

IKEA celebrating 30 years in the UK in October with a week-long series of house parties for the public.

The video above, from Campaign magazine, takes you inside.

Dubbed ‘The Ultimate House Party’, the event ran from 18th – 21st October and was held over four floors of a Soho building.

2. ‘Up yours, I quit’ vandalised car WAS a PR stunt, and here’s who was behind it

Not for the first time, and leaning heavily on this debunked stunt, a car was vandalised for a PR stunt. Dubbed the ‘best resignation letter ever’, the story was revealed in this tweet by the company behind it.

Multilotto is an international lottery jackpot site, and decided to create the campaign based on the perhaps unsurprising survey finding that showed that the majority of people would quit their job if they won the lottery.

Burger King is known for doing fun PR stunts, however this time they’ve decided to do one with a very important underlying message, and it’s a brave move considering they p***d off a few customers in the process.

In an undisclosed restaurant, Burger King employees served ‘beaten up’ Whopper Jr. hamburgers. Unsurprisingly, 95% of the customers got up to complain.

While this happened, a nearby boy was being bullied by some other kids – however, only 12% of customers got up to help him – highlighting how people are quick to complain about things that directly affect them.

Who’d have thought Burger King (in the roundup for the second time this month) would have been the brand to create one of the best anti-bullying campaigns this year?

6 days ago  |  ALL, Entertainment, Environmental, Other, Topical