The former Really Wild Show presenters have joined forces with the brand to raise awareness of the endangered bird with a special edition called The Kiwi Wild Show! *childhood flashbacks*

Lucky Londoners were invited along to the taping of the one-off special and learn about Kiwis, the native bird of New Zealand, and see how they can stop them from going extinct. There are currently only 50,000 Kiwis left in the wild, a shocking decrease of 99% in the last 80 years.

As well as premiering the one-off wildlife show, Old Mout Cider is running a promotion whereby for a limited time a third of the profit of all Old Mout sold in selected pubs and supermarkets in the UK will be donated to the Kiwis for kiwi, a charity that undertakes vital work that helps to take the species from endangered to everywhere.

This is a really nice campaign from Old Mout Cider and they’ve managed to keep a serious conservation issue light, fun and on brand, which can be tricky to do! I love that they’ve got Michaela and Chris on board, they really are the perfect ambassadors for this kind of campaign and bringing back a special edition of The Really Wild Show has the right level of nostalgia that makes this story share-worthy. Indeed, coverage ahead of the taping in London earlier this month was everywhere! 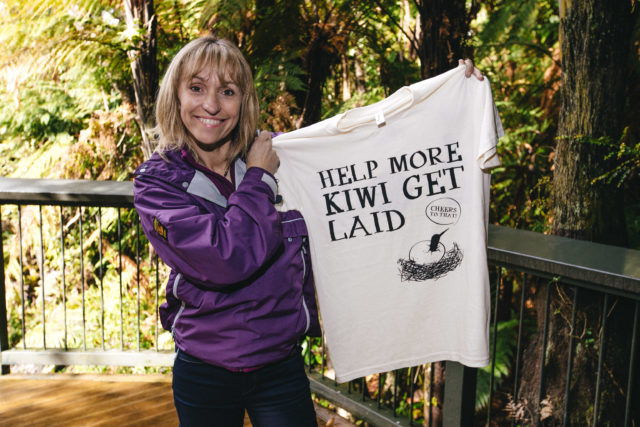 The campaign is set to run throughout September and October, and is led by Old Mout Cider’s creative agency St Luke’s, PR agency Cow and trade activation agency Twelve.