Last week, mobile company O2 promoted their new screen replacement offer through ‘smashed’ billboards across the country. With three in London and one in Liverpool the stunt was made to look as authentic as possible even including safety barriers around them, to highlight the ‘accident’. 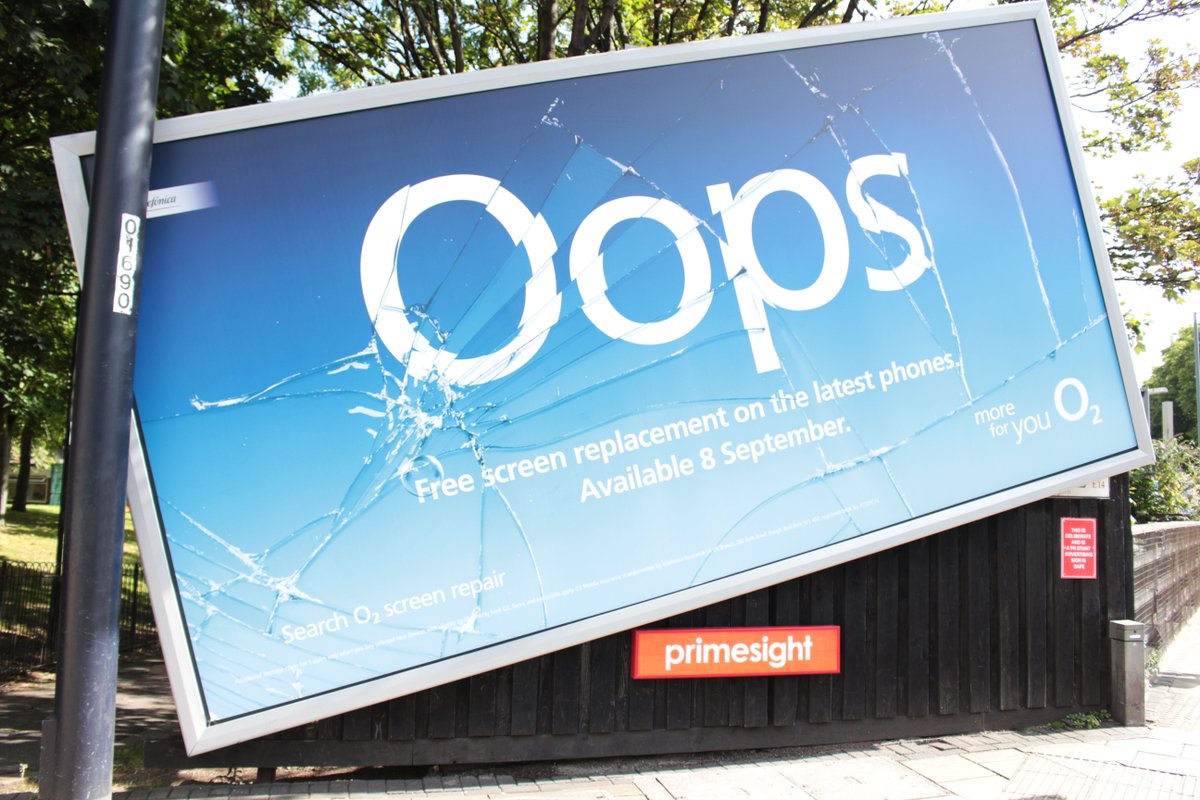 The stunt has had quite the reaction on twitter, with some people even being fooled by it. However, O2 have been setting the record straight on twitter – indicating that the stunt was in fact planned and that the broken billboard was no coincidence.

I really like this outdoor stunt – it’s a clever way to promote the new offer, and caught pedestrian’s attention and got people talking, which is what they wanted!

12 hours ago  |  ALL, Entertainment, Retail, Technology