According to this on Vocativ, “in a 12-2 vote, the House Education Committee [in Utah, USA on Monday] struck down a bill that would have given parents the ability to choose to opt their kid into comprehensive sex education including instruction on consent and emergency contraception”. 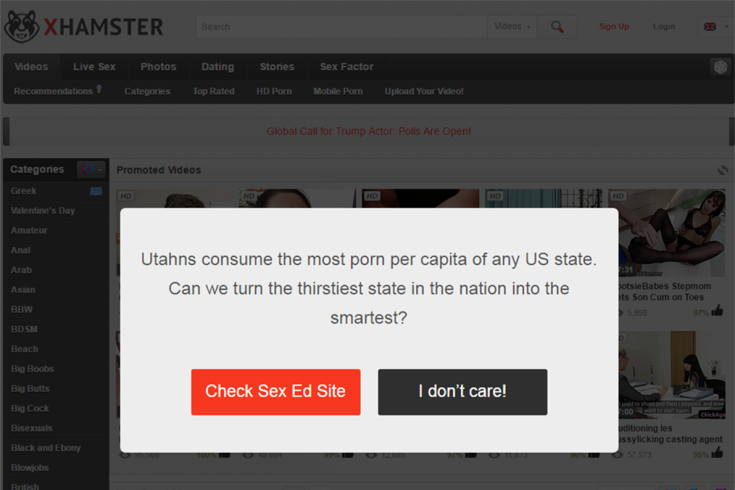 The videos have been produced based on questions submitted by viewers.

The allusion to Utah being the ‘thirstiest’ state in the nation is from this 2009 report, that found Utah ranked top in subscriptions to bongo sites.

The Box features videos like this one about birth control (here’s the SFW channel of videos on YouTube).