Budweiser is set to host a Super Bowl themed party at Dinemara, a local street food arena in Shoreditch. 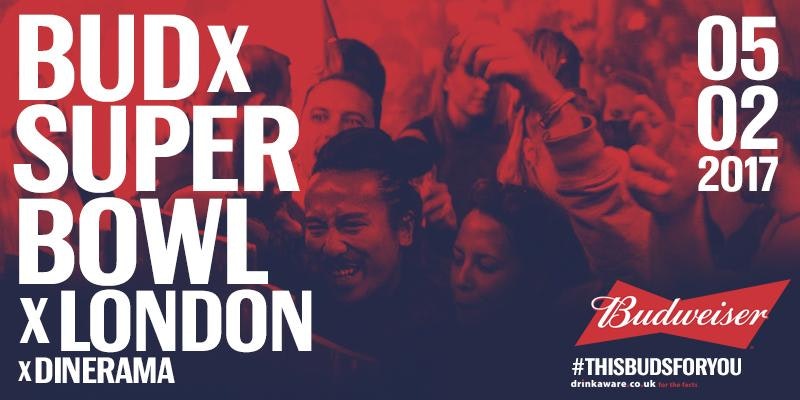 The event will take place on February 5th and will be showing the Super Bowl on two large screens. Fans will also have access to Dinemara’s extensive choice of eateries, including a number of classic American delicacies like chilli dogs, peanut butter doughnuts and BBQ subs. There will also be (of course) lots of ice cold Budweiser for the party-goers to enjoy.

The premium beer brand is the official beer partner of the Super Bowl and wants the excitement of the event to be emulated on this side of the Atlantic. Every year in America the Super Bowl is like a national holiday, but rarely do we see people from this continent taking it as seriously as our friends on the other side of the pond. The fact Budweiser has chosen to host the party in the UK  is very clever, it isn’t a big deal to have a Super Bowl themed party in the states, however in the UK many people never have attended a Super Bowl party before therefore it is more likely to entice more visitors.

Budweiser is capitalising on the Super Bowl and using the sporting events popularity to push its own brand in the UK.