A Japanese amusement park was forced to close on Sunday after receiving a ‘barrage of criticism’ – for freezing 5,000 fish into the ice of its skating rink, according to CNN.

Fish, crabs and other shellfish were embedded in the ice as part of a special winter attraction, called “Freezing Port”. 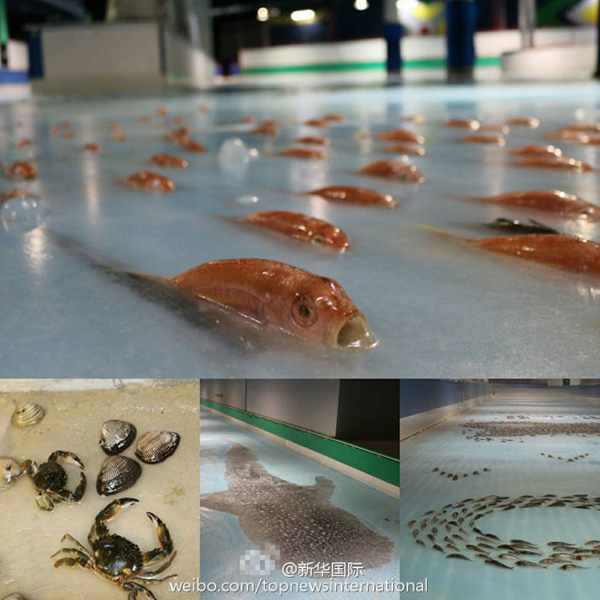 Space World, located in the southwestern city of Kitakyushu, had hoped the stunt would offer visitors the opportunity to glide on a “sea” filled with 25 kinds of fish. Instead, the skating rink has been closed while the fish are removed, with one social media user telling the attraction that the people behind it must have “no soul” to plan such an event.

I must admit – the whole half-in, half-out aspect of the above is weird.

According to SF Gate, ‘many people’ believed the fish were deep-frozen while still alive, which was apparently not the case, with them having been bought at a local fishmarket. A spokesperson for the park apologised to ‘everyone who was upset by the stunt’. All social media posts, which included classic captions including “I am d… d… drowning, s … s… suffocating”, have since been deleted.

I’m always wary of the media’s insistence that ‘many people’ are upset by something, mostly because stories like this are given oxygen. While I’m sure it’s upset some, the stunt and subsequent apology will undoubtedly have ensured a huge reach – it’s to be seen if it has any particular negative impact on the park, but I’d be incredibly surprised.