Regular readers will know Derren Brown is one of my three favourite famouses in the world. As such, to say I’m excited about his Thorpe Park Ghost Train is an understatement, combining two of my great loves – theme parks and… well, him. 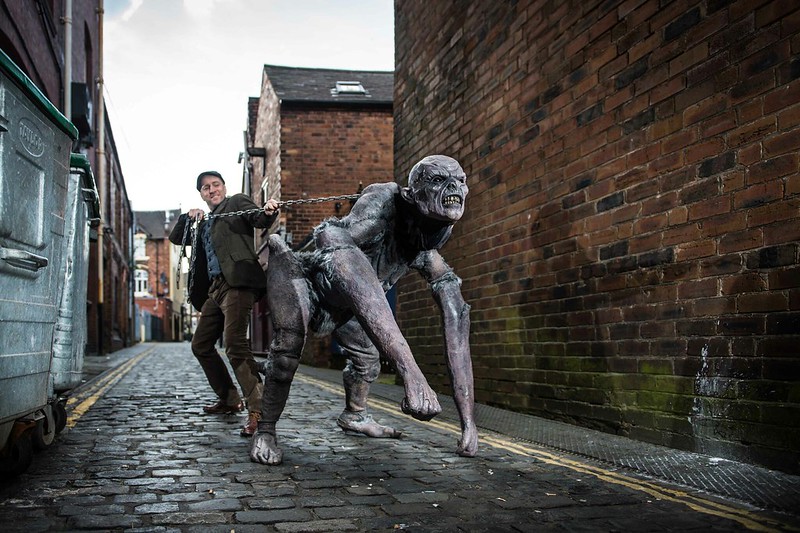 Having already sent creepy Victorian dolls out among members of the public to promote the virtual reality ride, the illusionist has now unleashed a ‘demon-type creature’ – one of a number of characters in the experience’s 10-15 minute story line, apparently in a bid to test reaction to it.

The video below shows the creature terrorising the theme park’s staff, reactions thankfully captured on hidden cameras (usual cynicism as to legit nature of prank reactions applies but STILL).

The demon took special effects and prosthetic artists three months to create, having been designed by Derren for the new attraction.