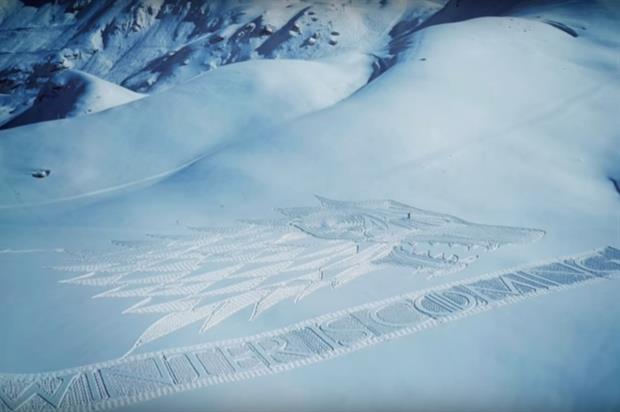 Taking more than 13 hours and 64,800 steps, the artwork shows House of Stark’s wolf insignia and below the show’s famous tagline ‘winter is coming’. If you aren’t a fan of Games of Thrones, the Stark family ruled the chilly north and kept giant wolves as pets – it should make a bit more sense now!

Zai Bennett, director of Sky Atlantic, said: “Set in the alpine snow, having taken over 13 hours and covering 32.5 kilometres, Simon Beck’s amazing Stark sigil from Game of Thrones is the perfect tribute to a truly epic TV show.”

The artwork is truly spectacular and is just one of many PR stunts the network has done to promote the hit series.

The first episode of Games of Thrones season six will be shown on Sky Atlantic at 2am on 25 April – the same time that it airs in the US.

ALL Behind the Campaign Entertainment Other

3 days ago  |  ALL, Health & Beauty, Off the Record, Other, Technology, Women