The face of a six year old girl making a wish has been painstakingly recreated on a ploughed field in Northern Ireland. It is an impressive feat by Cuban-American artist Jorge Rodriguez-Gerada. It is a part of Ulster Bank Belfast Festival and has attracted widespread coverage for the events. In total, it spans 11 acres and required 30,000 pegs and 4,000 tonnes of sand and soil to build. People will be able to view the artwork from surrounding tall buildings and Titanic Belfast. 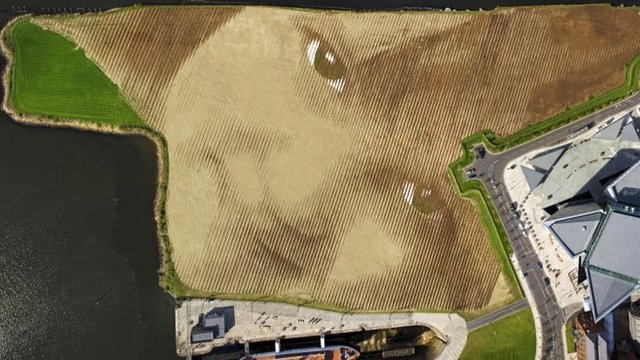 Huffington Post calls Rodriguez-Gerada the ‘King of Street Art’. He has done similar pieces before. For example, he created a portrait of Barack Obama out of 650 tons of gravel and sand and has crafted charcoal portraits on the side of buildings.

The festival promises a ‘Passport to the Arts’ as well as equally dramatic shows such as a ‘Bullet Catch’. You can watch a report by the BBC from the scene in Belfast below: