How Broadchurch got the nation guessing

So little Danny Latimer has been added to the TV Whodunit Wall of Fame – and proudly sits alongside JR Ewing, Archie Mitchell et al. 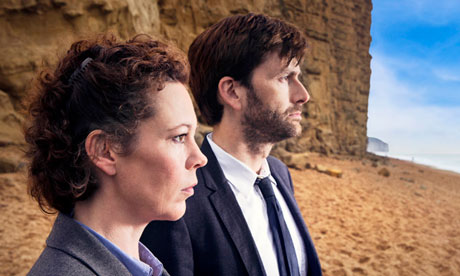 And for ITV, the finale of Broadchurch was a fantastic PR win.

The pre-, during and post-show execution was expertly handled and left the whole nation in a frenzy as to who would be identified as the murderer in the eight-part crime thriller.

I watched the build-up with interest.

A bespoke #closure hashtag on Twitter (a sure sign that 40 per cent of tweets are TV related), a notice to press that no press briefings would be issued (oooh, the intrigue!), the proactive press release that only a handful of the actors and crew know who the killer really is…

The bookies jumped in on the act leading to more speculation, debate and coverage.  There was a double page spread in the Mail as the suspects were put through their paces, and the Mirror sent a journalist to visit the murder scene.

Joe was odds-on favourite, but social media and blogsites were alive with theories.  All of this heightened the attention on the finale.

The result – a ratings winner for ITV with 9m tuning in. And this has led to blanket coverage today.

And it’s not just ITV and Broadchurch who have benefited. The town of Bridport has reportedly seen a surge in visitors and you can now even book yourself on a ‘Broadchurch’ tour. Great news for the local economy.

And the most bizarre beneficiary of our interest in this marvellous drama? The slug, which like Danny Latimer, also met a grizzly end.