How a 60p lettuce became a viral sensation

Unless you’ve been asleep under a rock you’ll know that a 60p lettuce has beaten Liz Truss in a newspaper stunt to see which would last the longest.

The Daily Star began live-streaming the vegetable on 14 October as the PM came under threat following the calamitous mini-budget.

The tabloid asked readers; “Will Liz Truss still be prime minister within the 10-day shelf-life of a lettuce?”

The vegetable –  with googly eyes – was streamed on YouTube round the clock – positioned adjacent to a framed photo of the PM – garnering 1.7M views over the last week. 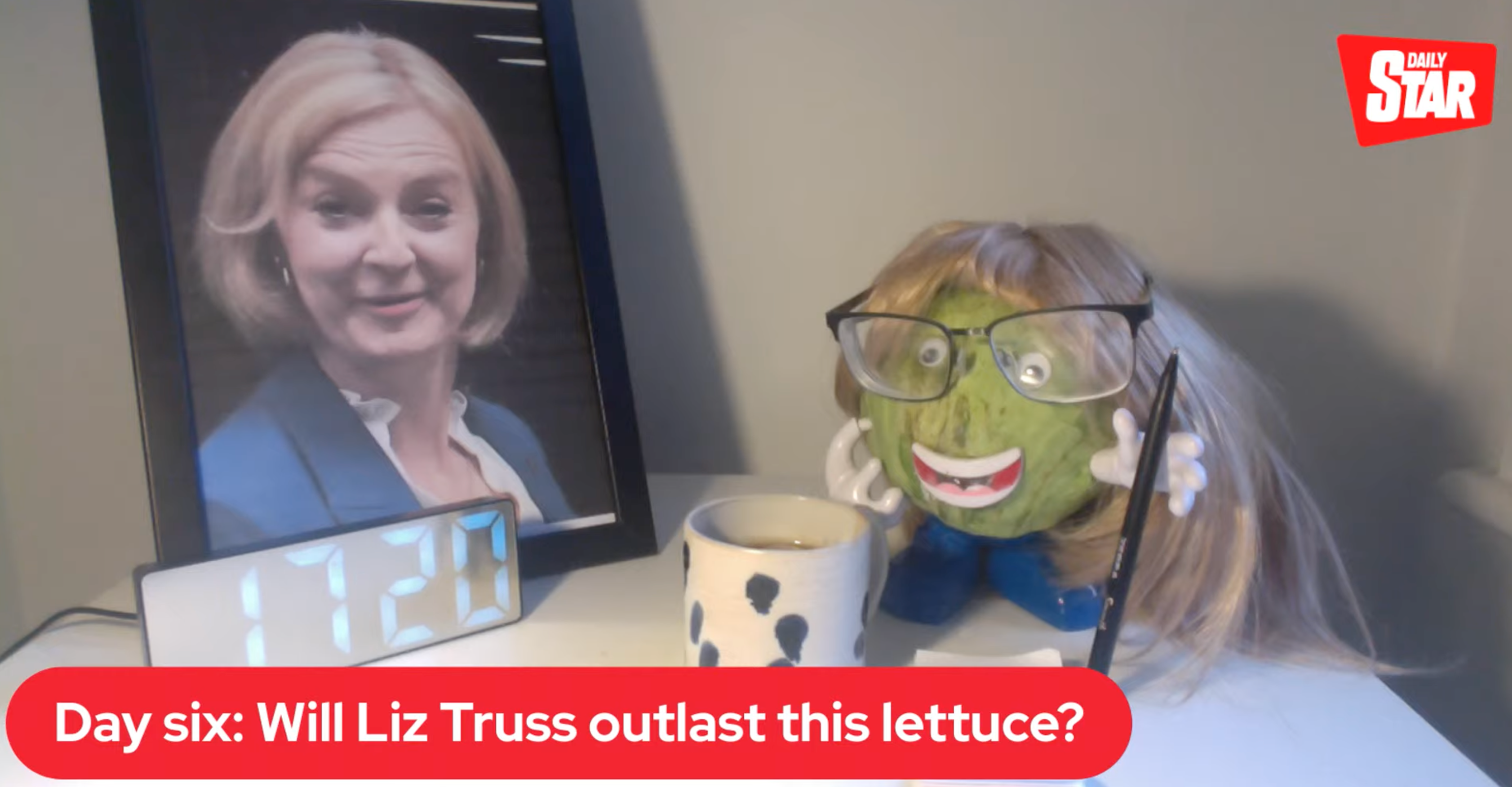 So how did it come about?

According to Wikipedia Denis Mann, deputy editor of the Daily Star, read a column in The Economist which called Ms Truss an “iceberg lady” with the “shelf life of a lettuce”.

Mann mentioned it to chief editor Jon Clark who saw the potential.

An Iceberg lettuce was purchased from a Tesco store for £0.60 and was physically hosted in the home of one of the newspaper’s video editors.

Within the first five hours of the stream, it had received over 50,000 likes and over 350,000 viewers by the following day.

At the moment of resignation national anthem began to play, the portrait of Truss was flipped face down and a plastic golden crown was placed on top of the lettuce, with the Daily Star declaring the lettuce’s “victory” over Truss.

(The music was later changed to “Celebration” by  Kool & the Gang with a Greggs sausage roll and a glass of prosecco also featured.)

While the lettuce had not rotted, it did show signs of discolouration with an Atlantic column commenting that ‘it was still usable in a salad’.

By the evening of Truss’ resignation, the livestream had received over 1.7 million viewers.

The stunt cheered the nation through a bleak and depressing news agenda with Twitter fixated by a head of iceberg lettuce, wearing a wig.

News organisations around the world, have been covering the stunt as pressure on the PM grew.

The Washington Post said comparing Truss to a lettuce was “the butt of quintessentially British jokes” with the New York Times noting: “Lettuce can generally stay crisp for about seven to 10 days – though that’s typically the lifespan of refrigerated lettuce, not a head that’s been sitting out on a table and wearing a wig.”

As Truss made her resignation statement, views on the live stream soared.

The webcam wonder finally won the race as Truss finally gave up on her attempt to cling to power.

Last night the salad sensation finally made it to the House of Commons – with its face beamed onto the famous walls of at the Palace of Westminster. 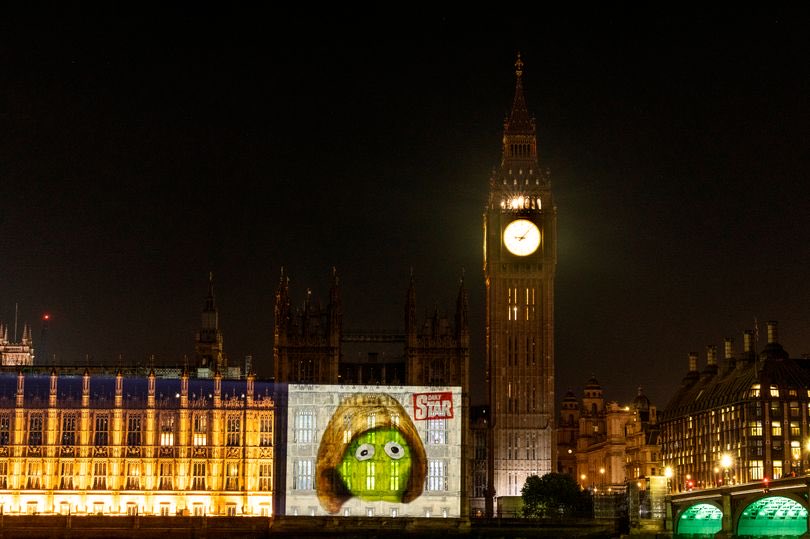 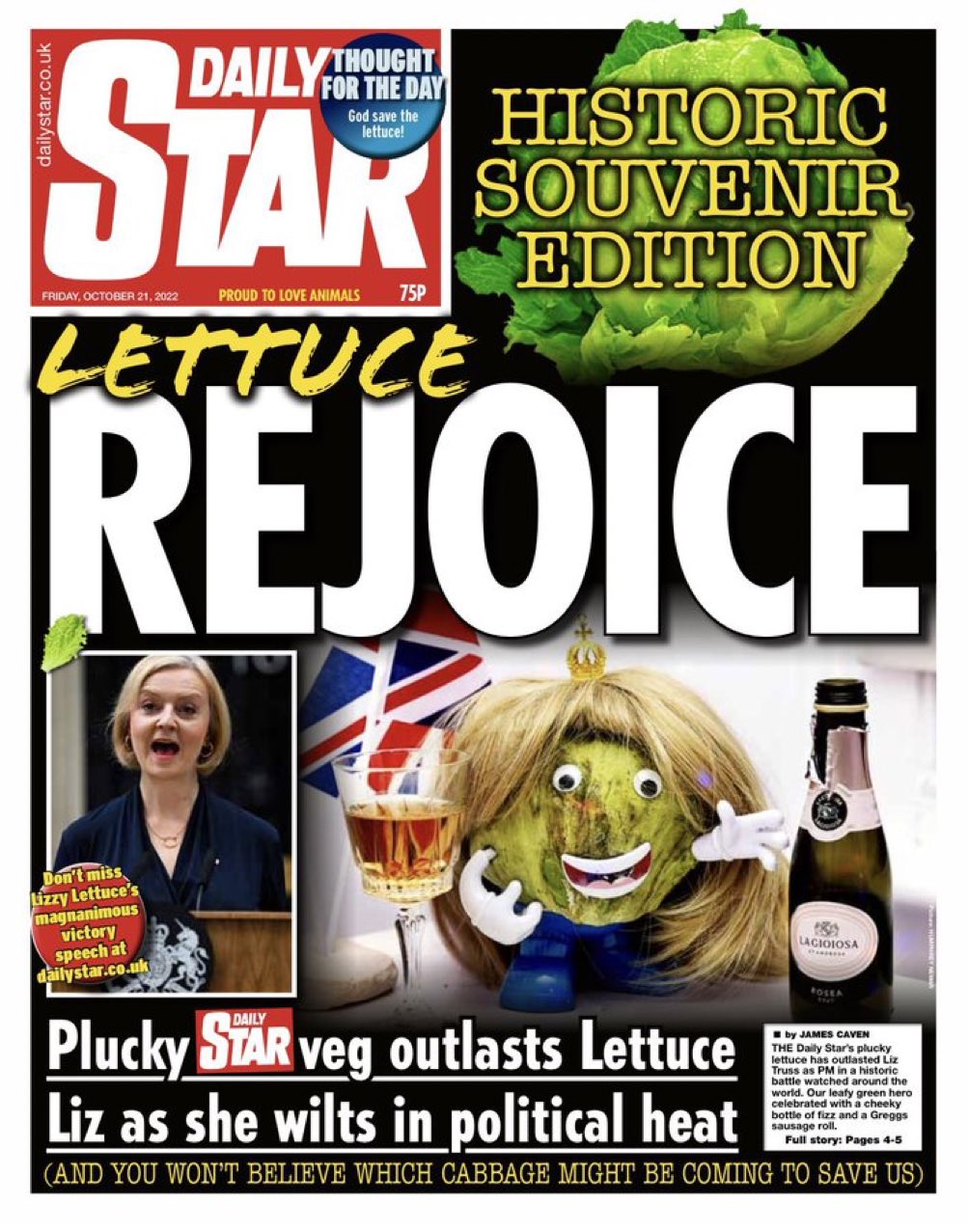 Gets my vote for social media campaign of the year.