Google and Ellesse have collaborated with Manchester based designer Matt Burgess, to create a limited-edition trainer that can only be discovered via the visual search tool on the Google App.

A series of posters have been appearing on the streets of London and Manchester which enable lucky passers by to image search the shoe, upload their image and fill in their details in order to win a pair of the secret sneakers.

Commenting on the campaign, footwear customiser, Matt who has previously collaborated with the likes of Stella McCartney and has created custom Jordan 4’s for Ed Sheeran, said: ‘We live in such a visual culture and so much of customising is taking an existing shoe as your canvas and imagining and recreating something new and unique that stands out. My inspiration for the design came from the idea of connection through the internet. 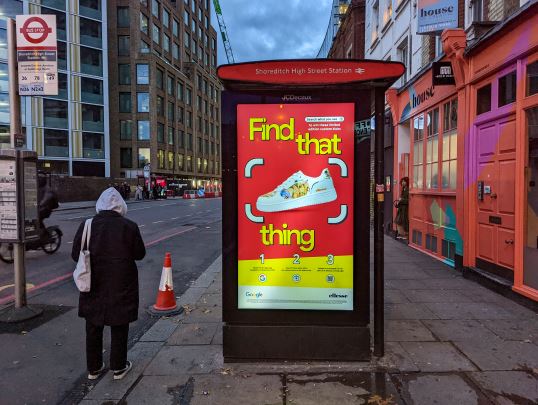 ‘We wanted to explore this idea and as a team we collaborated on one canvas piece of art, mixing different mediums and art forms of printing, painting and digital. These one-of-a-kind custom trainers will never be recreated and it’s even cooler that they have to be seen to be searched.’.

Ellesse’s UK Head of Marketing, Jennie Bianco, added: “We love MattB’s custom design of our new trainer and it has been great exploring how visual search opens up the ways in which people can find and engage with the creativity of trainer culture and streetwear. The Ellesse customer is naturally tech savvy and heavily invested in finding those rare and quirky things using their phones.”