By Ella Horncastle on Wednesday, September 14, 2022

Heineken is promoting its sustainability goals with a solar panel billboard which powers the fridges in the bar below.

The billboard reads “This billboard is cooling your Heineken. Cheers” and chills the beers at Brewteco – the most famous bar in the Gávea district in Rio. 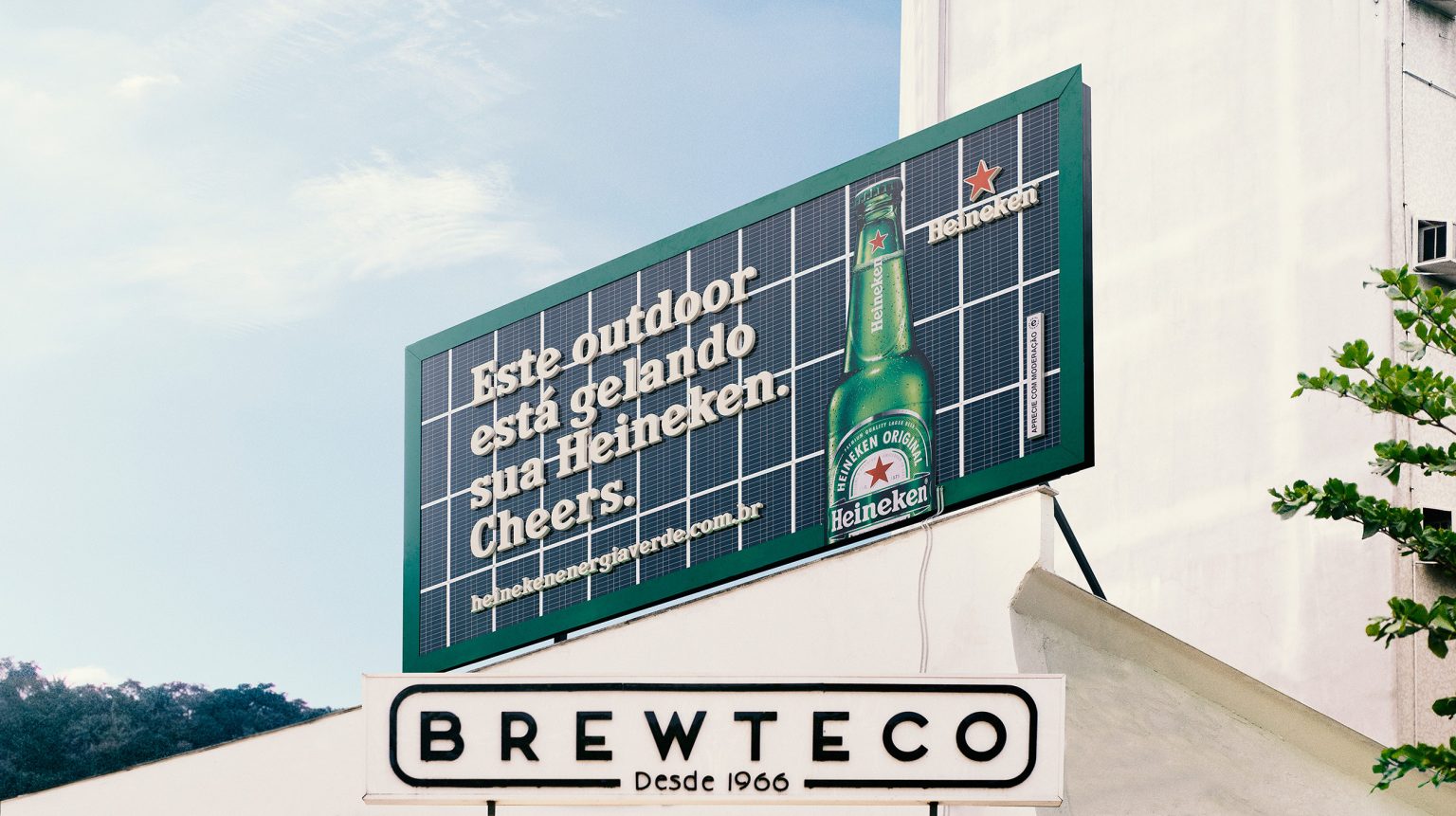 Created by Le Pub agency, the billboard has been installed to align with the beginning of the Rock In Rio music festival.

Eduardo Picarelli, Heineken Brazil’s director of the Business Unit, stated: “We want to take advantage of all the activity going on in Rio de Janeiro during the days of the festival to draw attention to our Heineken Green Energy program. The solar panels that cool the beer create a connection with the audience in an innovative way, inviting people to start an important dialogue in a totally different way.”