Virtually make your own sandwich with Subway’s 3D interactive billboard

Subway have launched a 3D interactive billboard which lets customers virtually create their own Sub on screen.

To elevate the experience Subway ambassadors were hiding in the crowd to surprise members of the public trialing the screen with their sandwich, turning their visions into a reality. 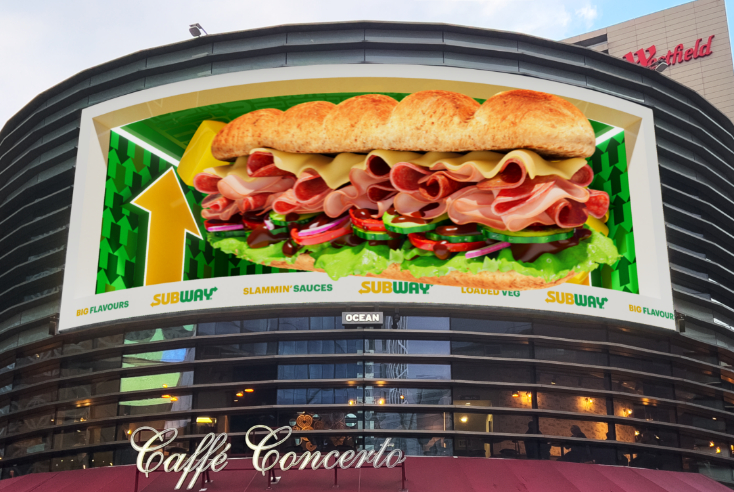 The campaign ran over the weekend at Westfield Stratford City and executed by Creative Agency Above+Beyond.