In a campaign from Sweden for UNHCR (United Nations High Commissioner for Refugees), the dreadful implications of an undelivered text message have been encapsulated in an OOH campaign and accompanying film. 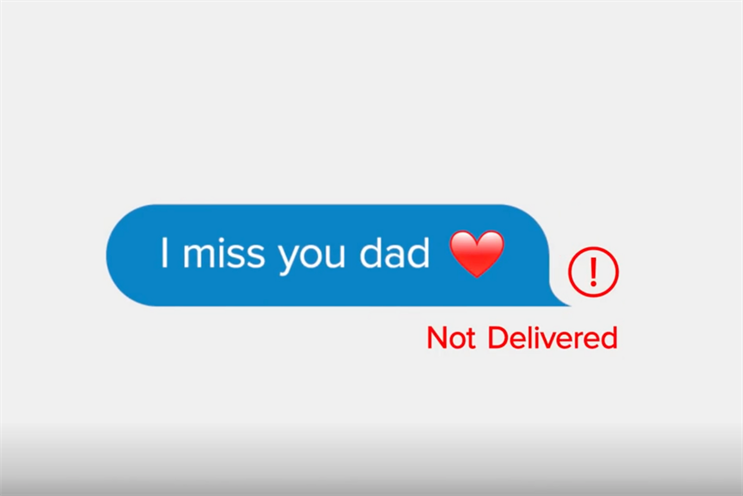 In a world in which everyone is readily contactable, the fear and worry of seeing an undelivered message to a loved one is something almost everyone can relate to. In a new campaign, created by Swedish agency Okto, this has been utilised to devastating effect, to highlight the tragedies befalling thousands of families caught up in the war between Russia and Ukraine.

Accompanying the simple OOH campaign, which shows only an undelivered message from a child to their father, proclaiming that they miss them, is a 30-second film, produced by Slutet är Nära.

In the film, a Swedish girl and her Ukrainian refugee friend are set against a peaceful sky at twilight, noticeably absent of smoke or signs of devastation. When the Swedish girl asks her friend if she is coming, she breaks down in tears and we are presented with the undelivered text. The video ends with the message “Refugee crises separate families. UNHCR is on the ground for as long as needed” and then follows with an appeal for viewers to become monthly donors to the cause.

The head of communication at Sweden for UNHCR, Ulrika Nilsdotter-Brühl said; “We want to say that UNHCR stays on the ground and helps as long as needed. We illustrate this with the idea of a child’s connection to their father, not knowing if they are alive or not. This becomes very emotional but also close to us since we all have seen ‘Not delivered’, but meaning something else,”

ALL Cause Related OOH Topical