Greenpeace transports Londoners to the Antarctic

In an effort to draw attention to the impact of climate change in the Antarctic, Greenpeace has constructed a porthole which broadcasts images of remote penguin colonies in Antarctica.

The stunt comes as Greenpeace International undertakes work in the Antarctic, conducting research on the decline of penguin populations in a region which is particularly impacted by climate change.

This initiative is part of Greenpeace’s wider Protect the Oceans campaign which calls for ocean protection in the region. The portal will broadcast live from 10am until 8pm each day until 29 January. 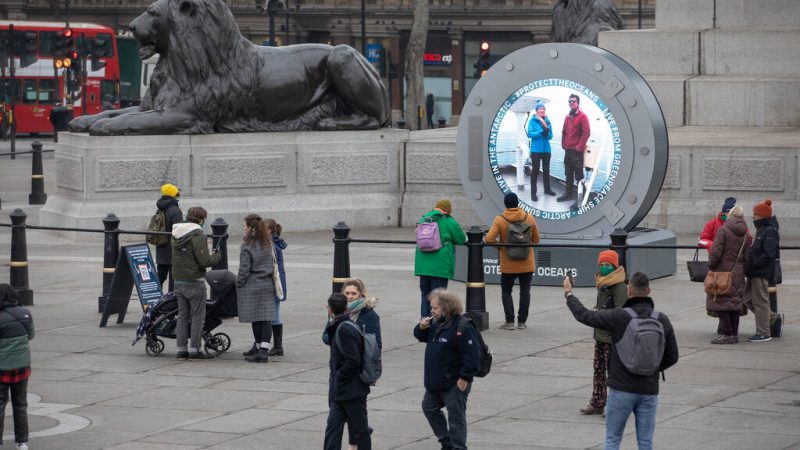 Will McCallum, head of oceans at Greenpeace UK, said: “During the pandemic, most of us have felt pretty cut off from nature. But the world around us is still going on, and places like the Antarctic are declining fast: we can’t afford to look away. This Antarctic portal is like looking through a window. We’re bringing the remote and fragile Antarctic straight into the heart of a bustling city over 8,000 miles away.”

ALL Behind the Campaign Cause Related Environmental Inspiration Technology Travel