Luxury Italian Fashion House Prada has dressed the Italian elite since 1913. However, only recently has it begun to dress buildings as well as people. 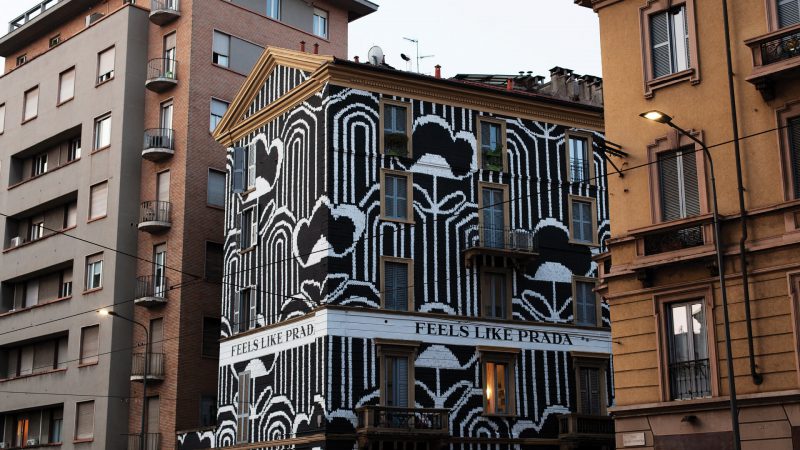 Across European cities including London, Amsterdam, Milan and Paris, Prada coated its most iconic buildings in paint inspired by the brand’s newest autumn/winter collection. Each building was also adorned with the phrase “Feels like Prada” across the front. While the first building in Milan was unveiled on the 20th September, buildings in London, Amsterdam and Paris were revealed the following week. The unveilings also neatly coincided with Paris Fashion Week, keeping the timing as impeccable as the buildings. 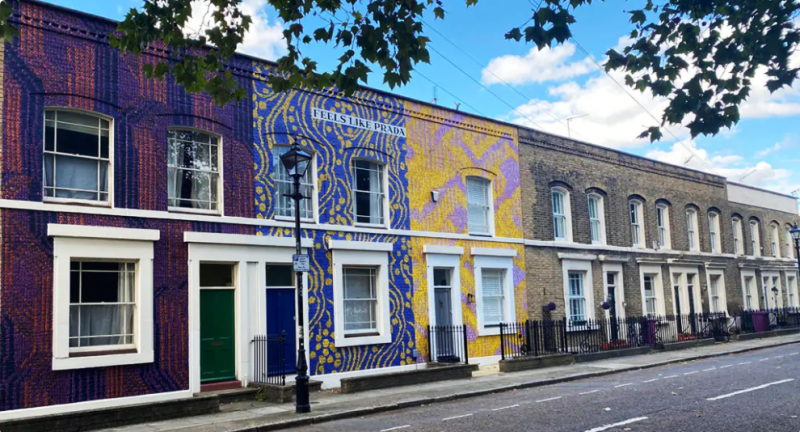 The objective of the campaign is to convey the tone and style of Prada’s new collection via artistic installations that repurposed the patterns featured in the collection. Alongside the obvious attention the buildings themselves have been attracting from passers-by, Prada have also collaborated with creative consultancy NEWU to recruit influencers to promote the campaign on their feeds. These include Chiara Ferragni in Milan, Young Emporers, Sulivan Gwed in Paris and Elite Model World’s Susie Lau and Tiffany Hsu in London. 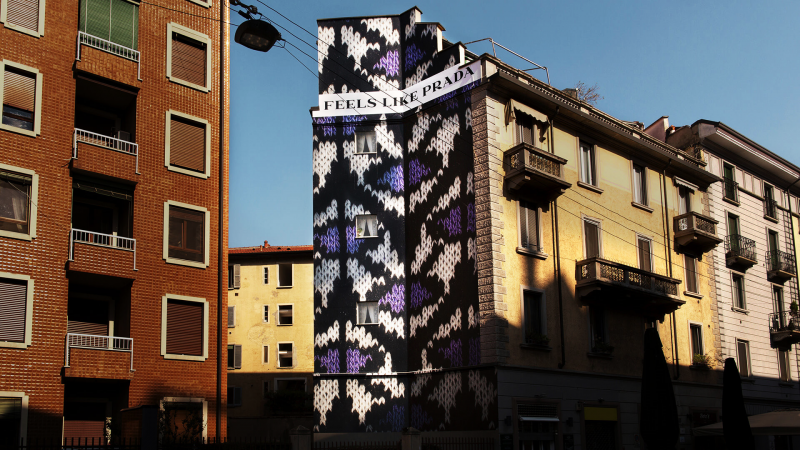 The overarching “Feels like Prada” campaign aims to convey the emotions, senses, intimacy, and tactility of the brand as it envelops common world objects with its style in metropolitan settings. Building up your autumnal wardrobe has never been simpler.

Behind the Campaign Fashion Inspiration