By Laura Kirkpatrick on Thursday, September 23, 2021

This tasty low-carbon alternative to the chicken nugget was launched by Quorn, the UKs leading meat alternative brand who are on a mission to help the planet one bite at a time.

The new eatery is serving eight meat-free alternatives to the nation’s favourite chicken shop classics, these include: a nugget burger, a nugget kebab, a nugget sharing bucket and a kids meal with their new dinosaur-shaped Roarsomes nuggets.

The ‘SmugNuggs’ menu took inspiration from the country’s fascination with chicken shops, as it joins 8,000 eateries in London alone! 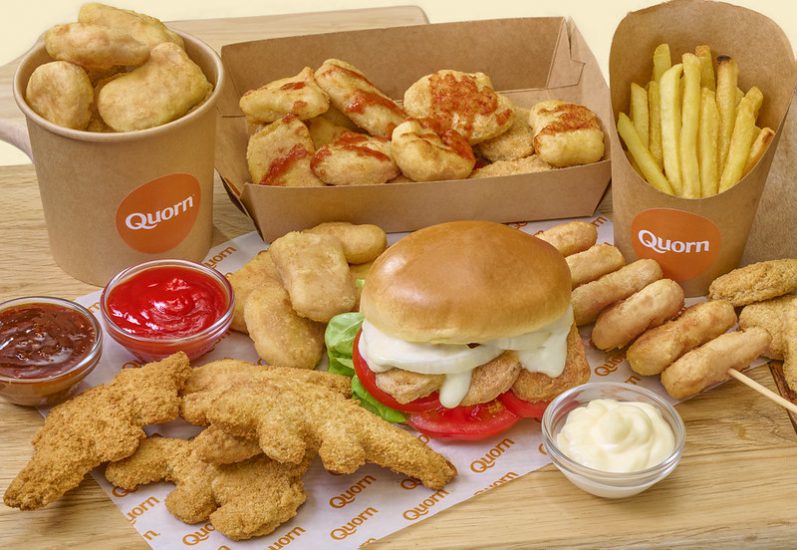 Meat-free fans will have to be quick though as the nugget-only takeaway is open for three days, with FREE nuggs on offer too for those willing to make a donation to Quorn’s charity partner, FoodCycle, who work to feed those at risk of food poverty and social isolation with food which would otherwise go to waste. 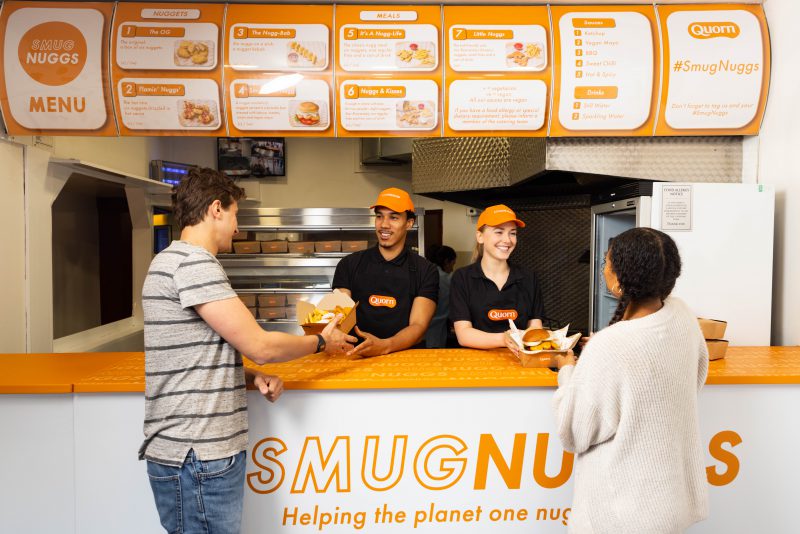 With millions of Brits now adopting flexitarian diets, the demand for meat-free alternatives is at an all-time high, resulting in more than 22 million servings of Quorn’s iconic nuggets consumed in the last year. 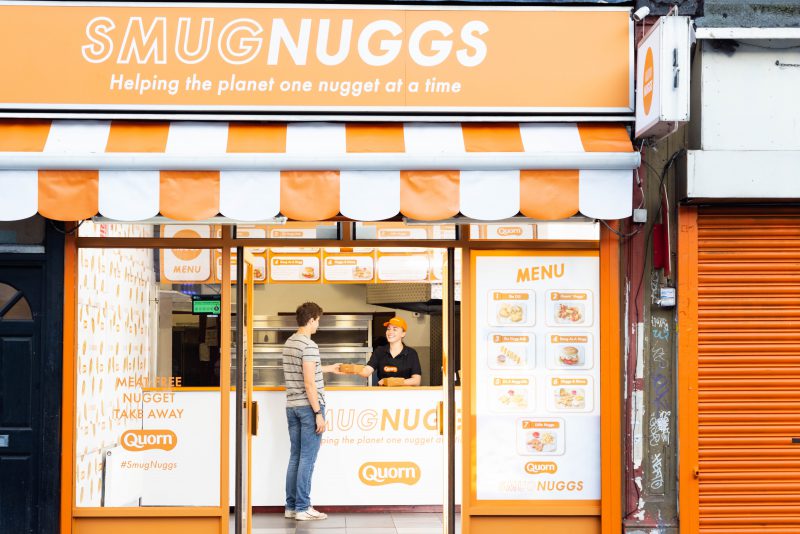 Gill Riley, Marketing Director at Quorn, said: “ We can’t wait to open the doors to the first-ever meat-free nugget takeaway restaurant and welcome in our nugg fans. Not only are our Quorn Nuggets super tasty but they are better for you and the planet, ensuring all our guests will leave SmugNuggs with that smug feeling. You won’t believe it’s not chicken!”

Those looking for their nugget fix can head down to 19 Kentish Town Road, Camden from 12pm to 8pm on Thursday 23rd – Saturday 25th September, until stock lasts.

5 days ago  |  ALL, Fashion, Retail, Technology

6 days ago  |  Behind the Campaign, Celebrity, Food & Drink, Inspiration