Netflix has rounded up super fans of their flagship show ‘Money Heist’ to stop them from spoiling the new season for the rest of us.

One of the most anticipated series on Netflix, Money Heist, is returning with their finale season later this year. As with many popular shows on Netflix, as soon as the show airs, millions of people become aware of the ending, whether they’ve seen the episode or not. 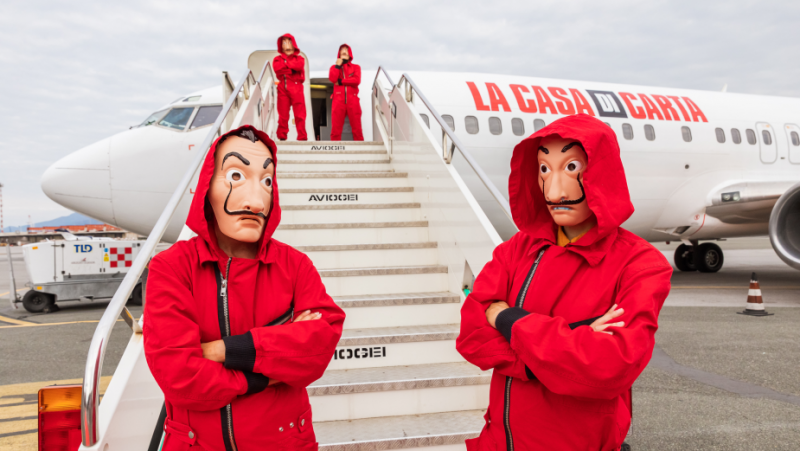 The inevitable online conversations and spoilers that spark after a premiere, was until now, thought unavoidable. However, trapping super fans on a 5-hour premiere flight has proven to be a particularly creative way to squash this.

According to research around 12.5% of online conversations related to a single show are spoilers, peaking during the first hours of the show’s release. Thinking they were about to fly to Madrid to take part in an exclusive Money Heist screening, the unsuspecting guests didn’t know that the event would be in the only place where their phones must remain off: on an airplane. 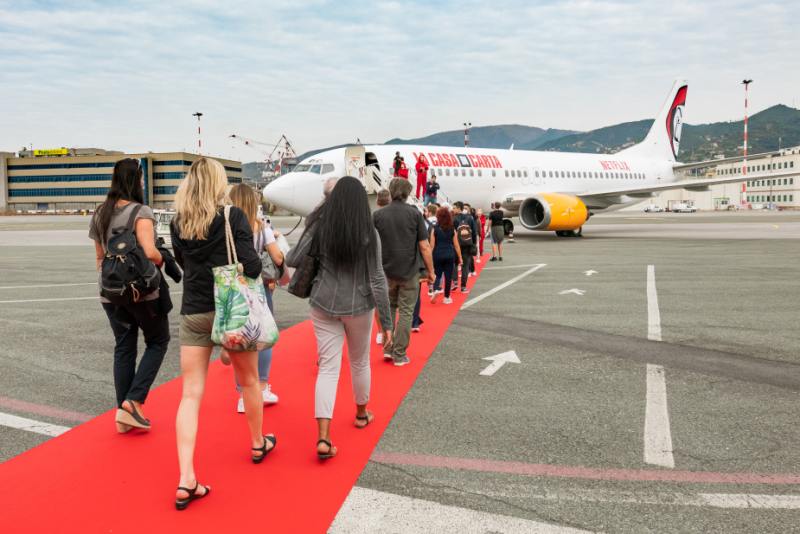 For the remainder of those 5 hours, the public enjoyed the first episode of Money Heist, spoiler-free whilst our super fans were busy stuck 40,000ft up, on a round flight from Madrid.

ALL Entertainment Other Topical Travel