Netflix has just launched a creative stunt that brings horror to life. Using an interactive billboard, a demon daunts strangers as they pass by following them like a shadow. Just when they start to feel safe, an inevitable jump scare provokes people in broad daylight.

Working in partnership with Publicis Italy, the stunt builds anticipation and promotes the release of an Italian chiller “A Classic Horror Story”. Hence, the inspiration to bringing the fear in Horror films to life. 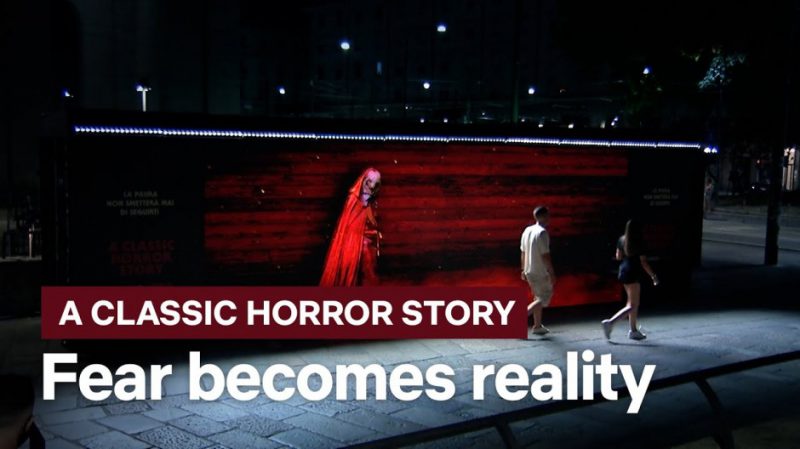 In a statement, Netflix asked: ”The good thing about watching a horror movie is knowing it is just a film, but what happens if fear becomes reality?”. By creating such an interactive experience, Netflix leaves strangers stunned, being forced to face their fears whether they want to or not.