In response to the increasing problem of Cybercrime in Sweden with hundreds of thousands falling victim every year, Internetstiftelsen (The Swedish Internet Foundation) conducted research that analysed leaked passwords and came to the conclusion that most of them were not protective. 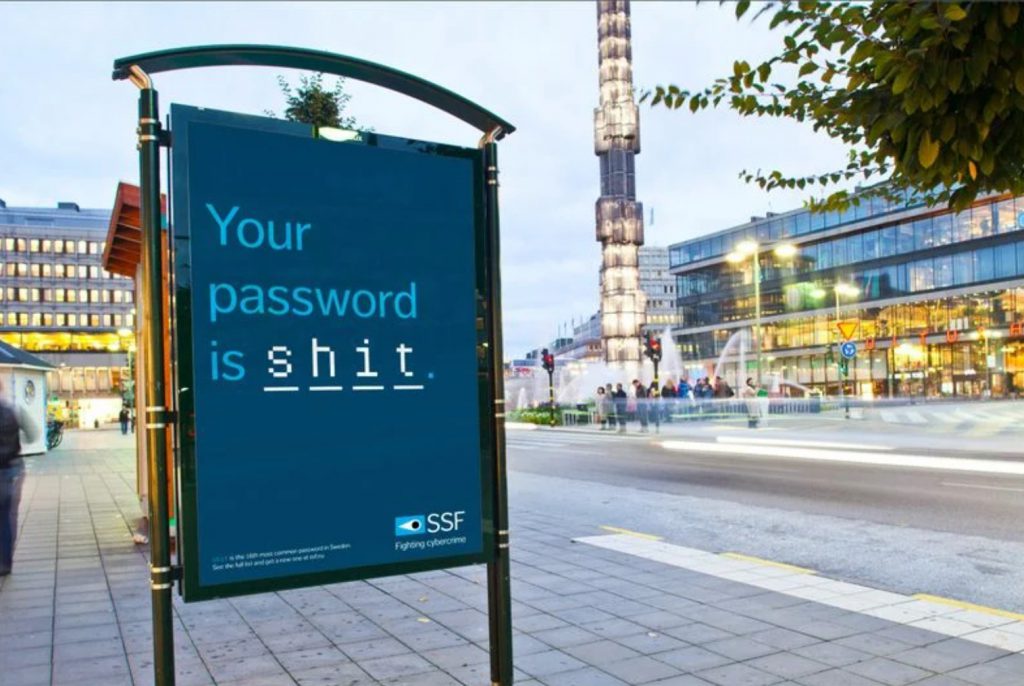 In a list of passwords released, the most common password in Sweden is “123456” and other in the top 25 included words like “mum” (mamma) and expletives such as “fucking” (knulla) and “dick” (kuken). 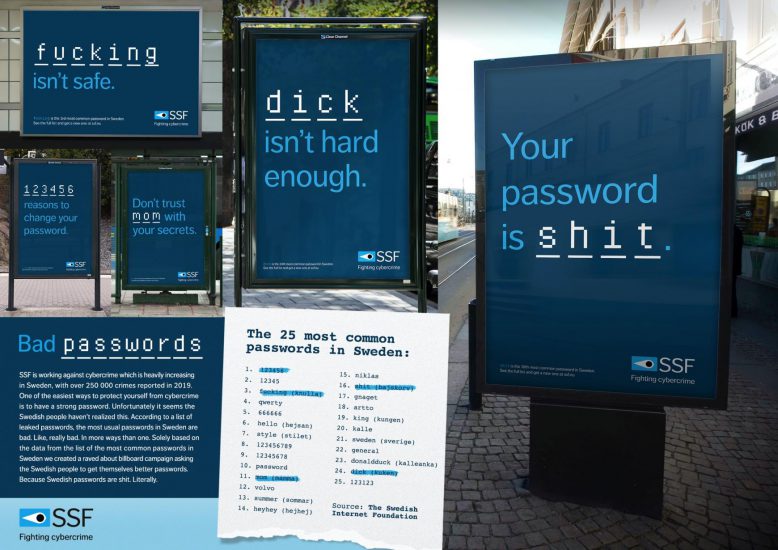 SSF (a Swedish internet security organisation) was inspired by this information and decided to display the weakest and most common passwords in a funny and definitely eye catching OOH campaign – I guess the passwords are already leaked so there aren’t manyproblem displaying your Netflix password to the Swedish population. 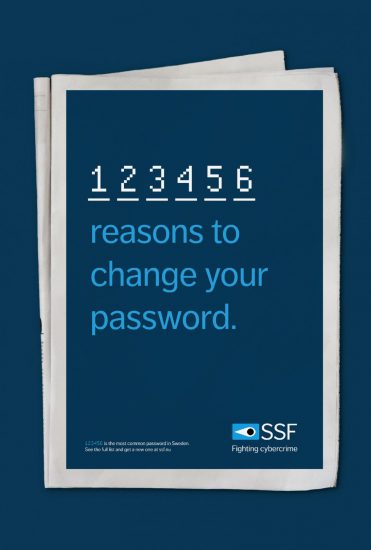 They highlight the use of these very weak yet common passwords by using them to encourage people to be cyber safe and how to easily get a new one that will actually protect you from cybercrime.